Seizure and Destruction of Journalists’ Digital Tools: The Data Privacy and Censorship Implications 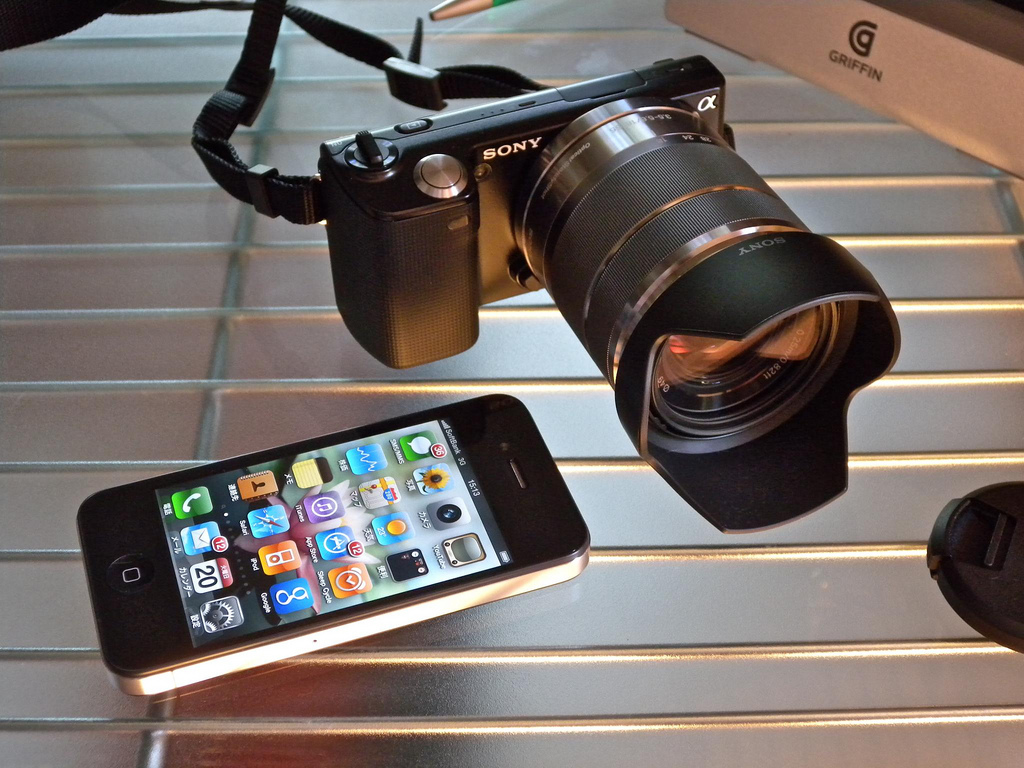 The Media Foundation for West Africa’s (MFWA) monitoring of freedom of expression violations in West Africa has established a growing trend of seizure and forensic search of journalists’ and media organisations’ digital equipment by security agencies raising censorship and data privacy concerns. Over the past two years, the MFWA has recorded a total of 40 seizures and or destruction of digital devices of media houses and journalists.

On March 20, 2018, the police in Mauritania arrested and detained a Franco-Moroccan photojournalist, Seif Kousmate, seized his laptop and mobile phone and interrogated him for three days. Although the seized devices were later returned to the journalist, he complained that several memory cards containing photos he had taken during his research on slavery in the country had been withheld.

On January 6, 2019, a detachment of soldiers stormed the Maiduguri regional office of the Daily Trust newspaper and took away the Regional Bureau Chief, Uthman Abubakar and a reporter, Ibrahim Sawab, after conducting a search at the premises. In the second incident, a production staff was taken away from the newspaper’s Abuja headquarters. They also took along a number of computers which were kept for nearly a month before being returned to their owners.

On April 18, 2019, the police in Benin raided the home of Casimir Kpedjo, the editor of the Nouvelle Economie online newspaper, seized the journalist’s computer, scanned its content and copied data from the device, before arresting him. This followed a critical article on Benin’s economy published by the journalist.

Following the publication of a critical article about Ghana’s National Security Minister, Albert Kan Dapaah, a group of national security operatives on June 27, 2019, stormed the offices of the news website, ModernGhana.com, and seized two computers. The security agents also arrested Deputy Editor, Emmanuel Ajarfor Abugri, and Emmanuel Yeboah Britwum, a reporter and seized their phones as well as a tablet belonging to Abugri. The security agency leveled cybercrime charges against the journalists, which they later dropped. Abugri told the MFWA on March 24, 2020, nine months after the incident, that the seized gadgets have not yet been returned.

On October 10, 2019, the police in Liberia stormed the premises of the popular Roots FM and interrupted its transmission. Video footage of the incident showed the officers carrying away desktop computers, several documents and TV sets from the radio station. Like the case of ModernGhana.com, the computers of Roots FM have still not been returned, over five months after they were seized. And if they ever get returned, it is unlikely to be whole and safe to use. That their contents would have been subjected to an intrusive search is almost a certainty. Moreover, there is the danger of the devices being bugged.

On November 12, 2019, security forces assaulted Stanley Ugochukwu, a reporter of Arise TV, and confiscated his camera. The journalist was covering protests outside the headquarters of the State Security Services (SSS) to demand the release of the detained journalist and political activist, Omoyele Sowore.

French journalist, Thomas Dietrich was assaulted and his phone seized by security forces after they spotted him filming their crackdown on demonstrators in Conakry on March 5, 2020.

Sometimes, however, the seized devices are not searched forensically but physically for adverse contents, which are often deleted. Individuals, including police officers who suspect that they have been recorded or filmed unawares, especially during sporting events, elections and demonstrations, resort to the seizure of journalists’ phones, cameras and recorders. These devices are then destroyed or their contents deleted.

This was the case of freelance journalist, Edidiong Udobia, who covering the rerun Senate elections in Akwa Ibom State in Nigeria on January 25, 2020, had his phone seized by political hooligans. The thugs accused the journalist of filming their activities, and it took the intervention of a police officer who searched the phone and confirmed that it did not contain any adverse content about the thugs before the matter was be settled.

On August 19, 2019, a BBC reporter, Andrew Gift, was detained in a police van and forced to delete pictures and videos he had taken of clashes between the police and demonstrators in Lagos.

During the State Governor’s election in Kogi State Nigeria on November 16, 2019, the police officers seized the mobile phone of Chinedu Asadu, a reporter for The Cable online newspaper and deleted its content. This was after the police had accosted the reporter over his filming of scenes of vote-buying at a polling station.

Even the court does not appear to provide sanctuary from the abuse of journalists’ data rights.  The press corps in the courtroom was shocked when on September 19, 2019, Magistrate Margaret Ekpedoho ordered a journalist, Mary Ekere to delete pictures she had taken of the operations of a sanitation task force in Akwa Ibom State, Nigeria.

“If we allow this to go on, it means someday a husband and his wife could be making love inside their bedroom, and a journalist would go in to film them,” ruled Mrs. Ekpedoho in the trial of Mary Ekere, a reporter of The Post newspaper who had been arrested and detained for two days for filming a demolition exercise being carried out by the State sanitation taskforce in the capital, Uyo.

The forensic search of journalists’ devices often involves a complete download of their contents, which is a breach of data privacy. The downloads are carried out with the help of innovative software. One such software is XRY “which has the capability to recover deleted data from mobile devices; smart-phones, mobile phones, 3G modems, GPS and Tablet devices” according to its Swedish manufacturers, MSAB.

To secure themselves against such intrusive searches, journalists and media organisations need to become tech-savvy and take steps to install sophisticated encryption technology.

Unfortunately, the security agencies are much better resourced and equipped than the journalists or the media organisation, and so the latter is always going to be at the receiving end of this endless digital violations.

To ensure a balance between the media’s right to data privacy and effective law enforcement, the process of accessing data from media personnel or organisations’ devices should be regulated by clear and fair rules governing the control of personal data.

In line with this concern, digital rights group have argued that the use of data extraction tools to download data from suspects’ digital devices should require a warrant issued on the basis of reasonable suspicion by a judge. They further propose that such warrants should be granted only in cases of serious crimes.

It is worth noting that the suspected “wrongdoings” by journalists or media organisations that have been penalised by seizures and destruction of their digital tools or the deletion of critical content, can, at worst, be described as misdeameanours. More importantly, such press offenses are decriminalised in most of the West African countries where such violations have been recorded.

Unfortunately, national security and cyber security laws are often evoked to continue to criminalise journalists’ work and justify their criminal prosecution or tampering with their mobile phones and computers without any judicial safeguards.

This trend of intrusive search of journalists’ phones, computers and cameras and sometimes, the outright destruction of these digital devices are a blatant violation of the victims’ digital rights. The searches infringe data privacy principles and undermine the protection of sources. Whistleblowers’ communication with a journalist could be discovered through such arbitrary searches and important stories can be killed through the seizures and destruction of the media’s digital devices.

In view of the above the MFWA urges media organisations to invest more in encryption technology and make it a practice to have back-ups for their sensitive and confidential data. Journalists must avoid keeping personal data on phones and other digital tools that they use for their work.

The process of accessing data from media personnel or organisations’ devices should be regulated by clear and equitable rules governing the control of personal data. In most jurisdictions, a physical search of a suspect’s home or office requires a warrant. Given that a forensic search of a computer device can be more intrusive than physical searches, there is the need for more stringent safeguards in the former instance.

The MFWA also urges governments in West Africa to issue clear instructions to the police not to seize journalists’ tools while they are on duty.