The MFWA’s press freedom and freedom of expression work in Senegal over the years has contributed to the relatively improved media landscape in the country. The organisation’s work in Senegal has also focused on strengthening the media’s capacity to do more development and critical reporting, and to create more platforms for civic participation in governance processes, especially at the local level.

MFWA’s Projects and Activities in Senegal

Some of the specific press freedom, freedom of expression, and media development interventions that the MFWA has carried out in Senegal include:

Some of the specific activities the organisation has, through our staff member based in Senegal and other local partners, implemented include monitoring and reporting of online and offline freedom of expression violations and advocacy for redress; engagements with government and other critical stakeholders on safety of journalists, media rights and citizens’ participation in local governance; capacity building for media; and town hall meetings to facilitate dialogue between local authorities and community citizens. 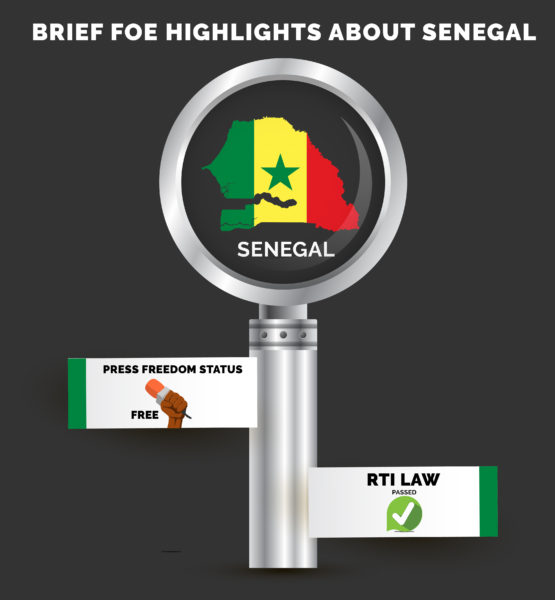 Senegal sits on the most Western point of the African continent. It gained independence from France in 1960. The country is bordered by Mali, Mauritania, Guinea and Guinea-Bissau. Dakar is the country’s capital.

Senegal’s economy is largely based on the export of groundnuts and fish, while remittances from overseas-based citizens make up a large proportion of the economy as well. The population is made up of 94 per cent Muslims, with French as the official language.

Despite high levels of unemployment and poverty, Senegal has, by and large, been considered one of the most stable post-colonial democracies on the continent, the only country in West Africa not to have endured a coup or a civil war since independence.

Senegalese media has evolved from a state monopoly on both broadcast and print media to a situation of media plurality. However, the country still has some laws in its statutes that are inimical to free expression and media freedom.

Some of the challenges in the media landscape include heavy operating costs, harsh fiscal environment and multiple taxes. Training and capacity building also remain one of the biggest challenges in the sector.

Media regulatory bodies in Senegal include the Committee for the Observance of Professional Code of Ethics (CORED. There is also the Council of Publishers and Broadcasters (CDEPS) which brings together, the broadcast, print and online media and the National Broadcasting Regulatory Council (CRNA).

Other critical stakeholders in the space include the Union of Information and Communication Professionals (SYNPICSs), Convention of Young Reporters of Senegal (CJRS), Committee for the Defense and Protection of Journalists (CDPJ).

There are a number of legal provisions that regulate the media landscape. Many of them were inspired by the French law of 1881. Some of the laws and the specific provisions are listed below.