The MFWA has been monitoring and reporting on press freedom and freedom of expression in Guinea Bissau through correspondents and MFWA’s partner organisation in the country, Sindicato de Jornalistas e Técnicos de Comunicação Social (SINJOTECS).

SINJOTECS is a press union in Guinea-Bissau that advocates for press freedom, media professionalism and safety of journalists.

The MFWA will continue to collaborate with SINJOTECS to improve press freedom, freedom of expression, and journalists’ safety in the country. Future projects will focus on media development for participatory and accountable governance; and internet/digital rights advocacy to enhance online freedom. 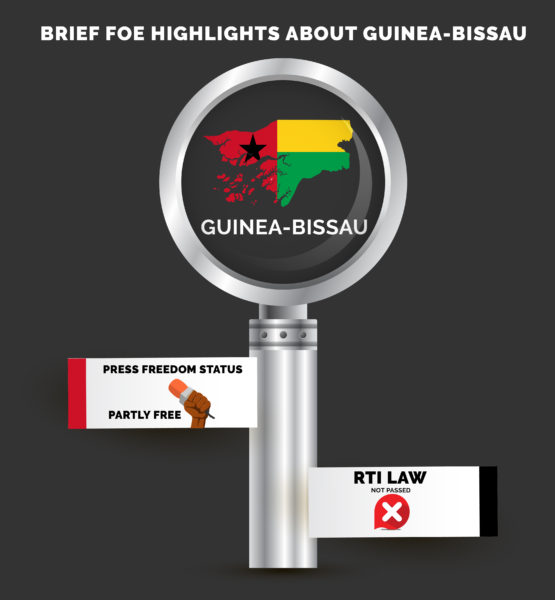 Guinea Bissau gained independence from the Portuguese in September 1974. After independence, the country added the capital to the name Guinea to strike a difference between the already existing Guinea. It is bordered by Senegal to the north and Guinea to the south, Mali to the northeast and the Atlantic Ocean to its west.

Guinea-Bissau has a history of political instability. Since gaining independence, no elected president has successfully served a full five-year term. The April 2012 coup d’état led to a sharp decline in press freedom.

The media environment in Guinea-Bissau is not that friendly. The media landscape is characterised by the existence of criminal laws banning libel and abuse of press freedom by state authorities, security agencies and other individuals, a situation that nurtures a culture of self-censorship in the country. The work of the media in the country is largely impeded by a lack of reliable power supply and financial instability. The National Council for Social Communication (CNCS) regulates activities of the press in the country.

The authorities in Guinea Bissau must probe the attack by security forces on Souleymane Seidy, a journalist with …

Thirty radio stations in Guinea Bissau suspended broadcast for 24 hours. The act was in solidarity with Radio …