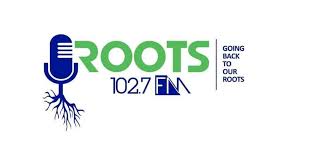 The Media Foundation for West Africa (MFWA) is deeply concerned about police officers who stormed the Monrovia-based Roots FM, leading to a temporary shut down of the privately-owned radio station.

The MFWA’s partner organisation in Liberia, CEMESP, reports that a group of police officers, accompanied by court sheriffs, on October 10, 2019, broke through the gates and disrputed the popular, yet highly-critical radio station, “Costa Show” while on the air.

The report says the Sheriffs disconnected electrical wires from the building that houses the radio station after breaking through the entry gate. This happened whilst the widely listened show was live calling on supporters to resist the Police. Video footage of the incident shows the officers drawn from the Support Unit and Emergency Response Unit of the Liberia Police as well as the sheriffs carting away two television sets, desktop computers and several documents from the radio station.

No official reason has been given for the police action. However, many believe that the closure of Roots FM is a move to intimidate and gag the radio station that has been a chronic critic of the George Weah government.

The station’s approach has often drawn criticism from certain quarters of the media, with the Press Union of Liberia (PUL) recently describing the “Costa Show” and a rival pro-government programme on freedom FM as “rants.” The PUL also called on the Government of Liberia to take actions against the two rival stations.

The Executive Director of CEMESP, Malcolm Joseph, has condemned the commando-style invasion of Roots FM and has called for due process. Malcolm also described as ill-advised the call by the PUL for the state to regulate media ethical breaches.

Meanwhile, a mob suspected to be loyal listeners of Roots FM have pelted stones at the building that houses Freedom FM, owned by the Deputy National Security Agency (NSA), in retaliation for the closure of their favourite station, with five people reported injured in the ensuing exchange of stones.

The MFWA joins CEMESP in condemning the invasion of Roots FM and its subsequent closure by the police. In a democratic state, governments are expected to demonstrate tolerance of dissent and critical views, and use legal means to seek redress for any offenses. We, therefore, call for an immediate reopening of the station and the restoration of the seized equipment and documents.