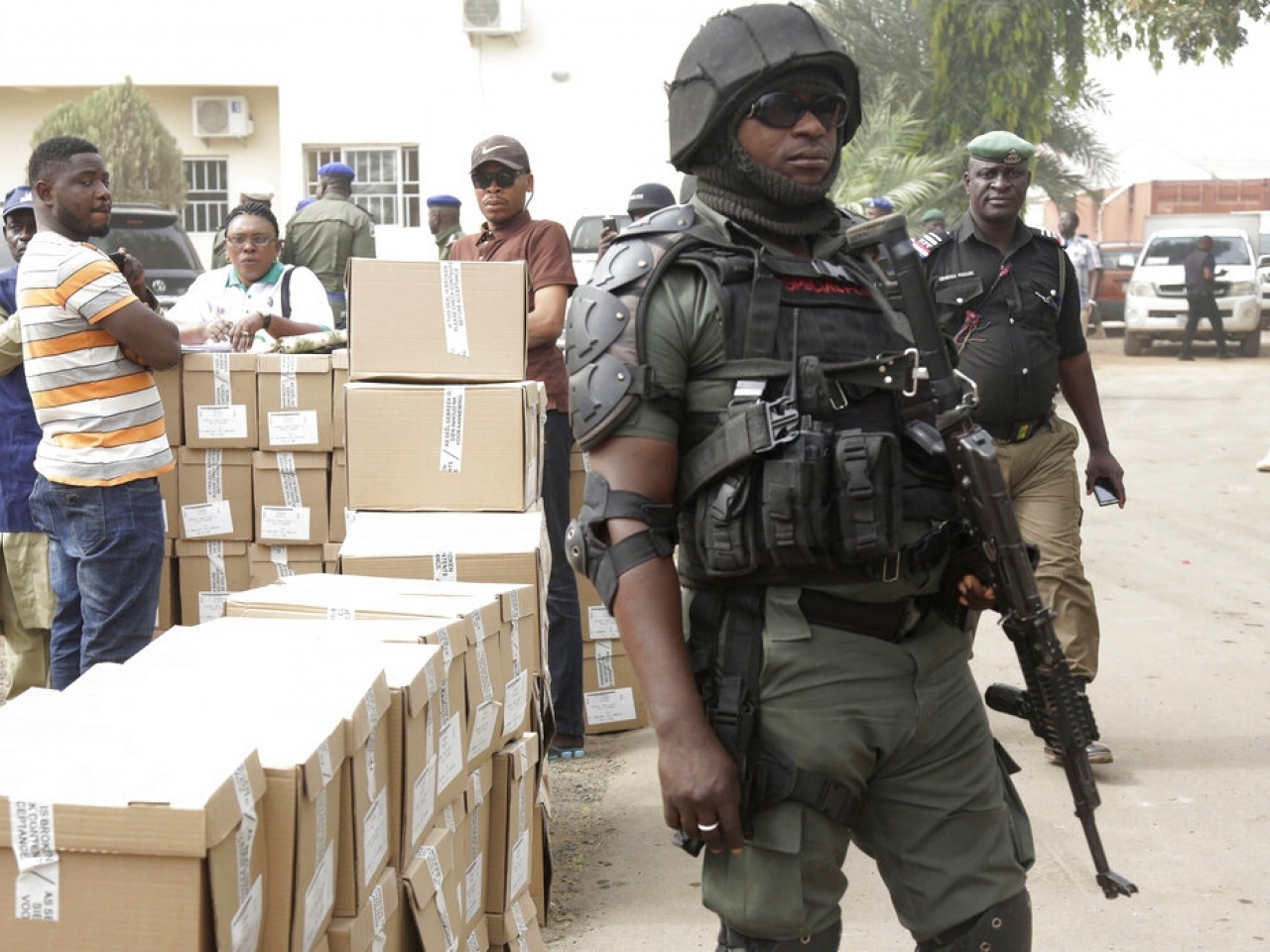 In what is turning out to be a disturbing trend at the polls, two journalists who were covering the rerun Senate elections in Akwa Ibom State in Nigeria were assaulted and prevented from carrying out their work.

In the first incident, a mob claiming to be supporters of Godswill Akpabio, a Minister and candidate in the elections held on January 25, 2020, assaulted and destroyed the camera of Godwin Sunday, a television cameraman with the Global Pilot. The incident occurred at the Unit 9 polling station.

Sunday said his assailants told him he was not supposed to be seen there because “the unit belongs to the Minister.” Sunday sustained cuts near his eyes as a result of the attack.

In a separate incident, a journalist, Edidiong Udobia, was attacked by hooligans  at the Unit 6  polling station.  The thugs held Udobia by his shirt and dragged him to one of Godswill Akpabio’s aides, Emmanuel Inyangettor, under whose instruction they appeared to be acting. Inyangettor, suspecting that his activities may have been filmed, ordered his men to seize the journalist’s phone.

The journalist insisted that he handed over the phone to a police officer who scanned through it and confirmed that there was no video of Inyangettor on it. The phone was therefore returned to Udobia, but the frightened and ruffled journalist immediately fled the polling station to avoid further trouble.

Dominic Akpan, the secretary of NUJ in Akwa Ibom, corroborated Udobia’s claims in an interview with The Premium Times newspaper.

These attacks bring the number of journalists reported to have been assaulted while covering elections in Nigeria to nine since November 2019.

Four journalists were physically attacked and three were threatened in the course of their coverage of the state governors elections in Kogi and Bayelsa States, as well as the Senatorial rerun in Kogi West, which was held simultaneously on November 16, 2019.

Tobi Kusimo and David Bello from Splash FM were attacked when they tried to interview a polling officer at Aiyetoro Gbede, a town in Kogi state.

The same fate befell Sam Egwu, a journalist with the privately-owned The Nation newspaper and Sunday Amachi, a reporter with the government-owned Kogi State Radio at a polling station at Anyigba, also in Kogi State.

Apart from these incidents of physical assaults, three journalists who were covering the elections at various places were threatened. Chinedu Asadu of The Cable online newspaper was forced to flee a polling station after he was threatened by police officers.

Adejumor Kabir, a reporter with The Premium Times newspaper, was threatened by four unidentified individuals wielding canes and bottles. The thugs forced the journalist to abandon his mission of going to report on the collation of the election results at the head office of Independent National Electoral Commission in Bayelsa State.

Another journalist, Lolafunke Ogunbolu, who works with the privately-owned Africa Independent Television broadcaster, reported that a group of armed men threatened to beat her after they saw her filming their assault on a woman at a polling station in Aiyetoro Gbede in Kogi State.

All the above incidents happened during the State Governors election in Kogi State and the Senatorial rerun in Bayelsa State on November 16, 2019.

The MFWA condemns these brazen attacks on journalists covering elections in Nigeria and calls for prompt investigations into the incidents. Elections are an essential component of democracy and must be conducted in a free and transparent manner with media coverage as the best guarantee of this transparency. The wanton attacks on journalists by rampaging thugs are, therefore, a direct attack on democracy, and must not continue. The authorities in Nigeria must treat this phenomenon with the urgency that it deserves by investigating the violations thoroughly and punishing the culprits.