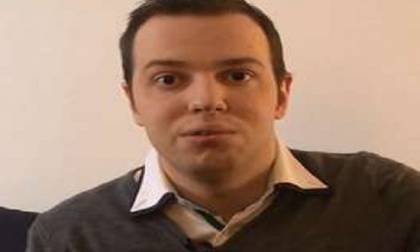 The Guinean authorities on March 6, 2020, expelled a French Journalist from the country, a day after he was assaulted by security officers at a demonstration in the capital Conakry.

Thomas Diétrich, reporter for Lemedia TV, was trailed to Nongo a suburb of Conakry, by some police officers who stopped the rider of the motorcycle he had hired. Without giving any reason for their action, the officers picked him and sent him away in their van. It later emerged that the journalist was sent to the airport and deported to France.

“I had gone to Nongo to visit a French friend when the police came to arrest me. I presented my papers which were all in order together with my accreditation which was in order. They brought me to the airport and there I was put in a departure lounge… I don’t even have my effects on me,” Dietrich told a journalist with Africaguinee.com, an online news website.

The media regulatory body, Haute Autorite de la Communication (HAC) said it had withdrawn the journalist’s accreditation for exceeding the limits of his permit, while the Ministry of Security and Civil Protection, also confirmed that Dietrich’s visa had been cancelled for overstepping bounds.

“Mr. Thomas Pierre Dietrich, who arrived on February 05, 2020, had obtained accreditation to cover the legislative elections and the referendum of March 1, 2020. However, it has been noted that instead of limiting himself to the subject of this accreditation, he has been engaging in activities incompatible with his mission and involved himself in internal political activities liable to undermine public order,” a statement by the Ministry said on March 7.

The deportation came a day after Dietrich was assaulted by security forces after they spotted him filming their crackdown on demonstrators.  The journalist later narrated his ordeal in a tweet, saying   that the police hit him on the shoulder, seized his phone and issued death threats against him with a gun pointed at him.

Thomas Dietrich has made enemies among members of Guinea’s government with his critical work. For instance, he authored a report titled “In Guinea, it is not a Revolt, but a Revolution.” In that detailed article, he disclosed the testimony of Madifing Diané, the Governor of the Labé Region, who unwittingly admitted that the police were responsible for killings recorded in that region.

This is the second time Guinean authorities have harassed and prevented correspondents of foreign media from covering the ongoing crisis in the country.

On October 17, 2019, the police in Conakry detained Dakar-based Al Jazeera reporter, Nicolas Haque, and his cameraman Hugo Bogaeert, for several hours. The journalists and their local fixer were arrested when they were filming at the Stade du 28 Septembre (28th September Stadium), so named to commemorate the killing of over 150 anti-government demonstrators by security forces in 2009.

While police alleged that the journalists were “spying and undermining state security,” the media regulator accused them of producing “ethnocentric reports” and, consequently, withdrew their accreditation.

Thomas Dietich and his subsequent expulsion tie into the systematic attacks carried out by the authorities against critical journalists, activists and demonstrators opposed to President Alpha Conde’s attempt to change Guinea’s constitution in order to seek a third mandate. We condemn the treatment meted out to Dietich as a blatant abuse of power and a desperate act aimed at repressing dissent and critical journalism which are essential to the success of a democracy. We encourage the media in Guinea to remain resolute, to demonstrate professionalism and promote the public and national interest, especially in these difficult times.