April 2019 in West Africa: A Tale of Internet Shutdown, Detentions, Threats against Journalists 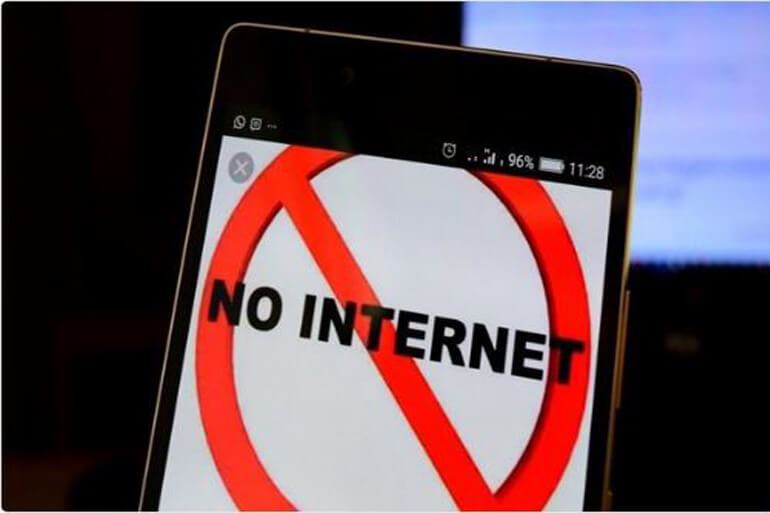 The month of April 2019 was darkened by a 24-hour internet shutdown in Benin, a 12-year sentence of an activist in Nigeria and assault on journalists in Guinea, among other incidents in Ghana and Liberia.

On April 28, the Beninois authorities disrupted social media networks in the country before shutting down the entire internet as tension mounted over the decision to proceed with legislative elections from which all opposition candidates had been disqualified.

“It’s impossible to communicate via social media networks in Benin; Facebook, telegram, WhatsApp, Twitter etc.  No platform of social networks has functioned in this country over the past few hours. They are all shut,” reported lanouvelletribune.info, an online news media ahead of the total shutdown.

In a controversial trial in Nigeria, a court in Abuja presided over by Justice Yusuf Halil sentenced  Ibrahim Wala, an anti-corruption activist and convener of Citizens Action to Take Back Nigeria (CATBAN), to 12 years imprisonment for a Facebook publication in 2017 which was deemed defamatory of a public officer.

Wala had alleged that the complainant, Abdullahi Mukhtar, who is Chairman of the National Hajj Commission of Nigeria (NAHCON), made dubious gains totaling about N3 billion (US$8.3 Million) from supervising the 2017 session of the annual Muslim pilgrimage to Mecca. Given that Nigeria has repealed criminal libel, this should have been a civil libel case. But, somehow, criminal charges including managing an unlawful association and inciting the public were preferred against the journalist in addition to the defamation charges.

In Guinea, a group believed to be supporters of the ruling coalition dubbed Alliance Arc-en Ciel attacked two journalists covering a protest march in the town of Kankan by opponents of President Alpha Conde’s rumoured third term bid.

Malick  Diakité from Horizon FM and Alhassane Diallo from the news website Guineealerte.com  were beaten, their clothes torn and their work equipment including phones confiscated in the incident which occurred on April 30, 2019.

In a suit filed by Liberia’s Minster of State for Presidential Affairs, Nathaniel McGill, on April 15, the minister demanded US$500,000 in damages from Henry Costa, owner of Roots FM and host of the Costa Show, and the shutdown of his radio station.

The Center for Media Studies and Peace-building (CEMESP), MFWA’s partner organisation in Liberia, reported that the suit followed a letter written by Henry Costa to the American Embassy in Liberia, alleging government sabotage of Roots FM.

“[The Costa show is] a very divisive program that rivals the pre-1994 Radio Rwanda style of broadcasting… [it is] a platform to blackmail and extort, extremely proficient in profanities rather than speaking the truth,” the plaintiff said in his suit.

Back in Benin, security forces on April 18, stormed the home of Casimir Kpedjo, the manager of the private online magazine Nouvelle Economie and arrested him. The gendarmes scanned the journalist’s computer and copied data from it before taking him into detention at the Xlacodji brigade of the Gendarmerie in the economic capital, Cotonou.

In two articles published on the official Facebook page of his newspaper, Kpedjo had criticised a euro bond issued by the country, and made a gloomy analysis of the economy. The journalist was accused of disseminating false information about the economy of Benin and put before court on April 23.

On April 26, Timothy Gobah, a reporter of the Daily Graphic and Graphic Online, one of Ghana’s biggest media outlet, was arbitrarily detained by the youth of the Ogua Traditional Area of the Central Region of Ghana following the journalist’s report on a ceremony to launch the annual traditional festival, the Oguaa Fetu Afahye.

As soon as the report was published at graphiconline.com, a mob of youngsters stormed Gobbah’s office and dragged him away to Emintsimadze Palace, where his cell phone was seized. It took the intervention of the police to get the journalist released after two hours in detention.

Still in Ghana, Starr FM’s correspondent in the Upper East Region, Edward Adeti, was subjected to a series of threats after his work resulted in the resignation of a Minister of State, Rockson Ayine Bukari. The Minister resigned after a tape emerged of his failed attempt to intervene with Adeti on behalf of a Chinese mining company, Shaanxi Mining Ghana Limited, and the most senior judge in the region, Justice Jacob B. Boon. The journalist has since reported receiving a series of threats to his life.

“I have received threats since last year on text and even on social media. The latest was yesterday [Monday, 29 April 2019]. One Mubariq Muntari said: ‘Edward Adeti will regret this.’

He added that he has been reporting the threats to the Bureau of National Investigations.

“So those threats are there, face to face; anonymously the text comes, threat text and as they come, I forward them to the BNI,” the journalist told Dailymailgh.com

TogoFree Expression and The Law