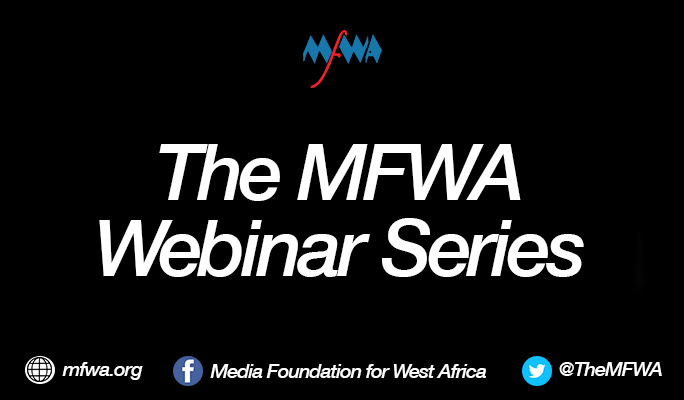 As the COVID-19 pandemic continues to take a heavy toll on lives, livelihoods and economies in West Africa, so is the impact on the media industry in the region.

The media are facing significant financial crisis due to advertising squeeze, less spending by media consumers and some repressive policies by governments which have exacerbated an already precarious sustainability crisis that confronted the region’s media. Several journalists have lost their jobs as a result of the economic impact.

While the pandemic has made the reliance on the internet and digital tools for media work, the challenges of data cost, slow internet speed, limited technological capacity and other deficits in the utilization of digital tools, further compound the crisis for the media in West Africa.

Stimulus packages announced by governments in response to the pandemic have not included the media as beneficiaries despite the media’s role in helping to combat the crisis and the economic impact the crisis has imposed on them.

Journalists have come under constant threats and attacks. Several journalists have been arrested, detained or imprisoned under new laws on COVID-19 or the application of existing repressive media laws. Full blown direct censorship is on the rise in many countries.

In response to the crisis, the Media Foundation for West Africa is convening a series of webinars to thoroughly deliberate on the situation, understand the context, share learnings, experiences and proffer contextually-appropriate solutions.

Lessons, experiences and solutions that will be gathered through the webinars will be documented to guide future strategising around media development, press freedom and freedom of expression in the region.

The Webinars will be featuring regional and international experts who have practical experiences in the African media context and global media development dynamics. The webinars will cater to both anglophone and francophone West Africa.

The first webinar is on Thursday 21, May 2020, at I pm – 2:30 pm on zoom. Follow the MFWA’s social media pages for any information on the webinars.