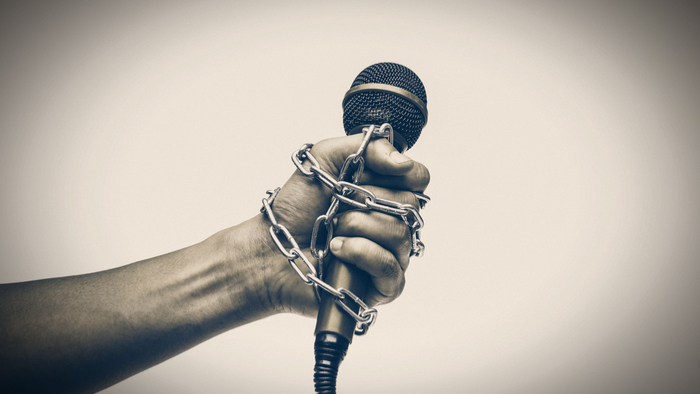 In April 2022, Ghana was plunged into shock and lamentation when it fell 30 places in the world and 10 places in Africa in the press freedom ranking established by Reporters Without Borders (RSF). There was similar mourning in Senegal which also plummeted from 7th to 13th and from 49th to 73rd on the continent and at the global level respectively.

These two nations are otherwise highly respected as democratic models and citadels of press freedom in West Africa. Back in 2018, Ghana topped the continent and placed 23rd in the world. The country even hosted the 25th celebration of the World Press Freedom Day, jointly organised by UNESCO and the Government of the Republic of Ghana. It was only the second time a West African country had hosted the global event. Incidentally, it was fellow star country Senegal that set the pace in 2005. The latest ranking was Ghana’s worst in 17 years.

Below is a table showing the Africa and Global ranking of Ghana and Senegal over the past 5 years.

It is evident that the heavy falls in the latest rankings follow a steady deterioration of the two countries’ press freedom environment over the years. Their slump is mainly due to a number of abuses against journalists and the shrinking civic space. While the latest RSF ranking is largely based on monitoring done in 2021, the outlook continues to be dismal for 2022.

Among the incidents that earned Ghana its poor performance during the first quarter of 2022, was the military assault on Michael Aidoo, an investigative journalist. Aidoo was brutally assaulted and tortured by two soldiers of the Afari Military Hospital on March 30, 2022. Other incidents include the jailing of show host Oheneba Bernie, police assault on radio presenter Eric Gyantuah, and the arrest of radio presenter Bobie Ansah.

Similarly, the second quarter has got off to a stormy start. On May 2, 2022, supporters of the leading New Patriotic Party (NPP) physically assaulted journalist Prince Acquah of the Ghana News Agency (GNA) in Ajumako (a town 120 km west of Accra). The journalist was filming an altercation between several NPP members when a group of angry supporters accosted him amidst accusations of being a spy or a member of the opposition National Democratic Congress (NDC).

On May 16, 2022, three burly men on motor bicycles burst into the premises of radio Benya FM, made for the studio and assaulted a presenter and destroyed equipment including computers, mixers and microphones.

On May 17, 2022, the Ghana Police Service arrested journalist Derrick Adotey of Metro TV and his cameraman in Accra. They filmed the charge sheet in a case brought against Oliver Mawusi Barker-Vormawo, an activist who was recently arrested. The journalists and the cameraman were held at East Legon police station before being released later the same day.

On May 24, 2022, the police detained Noah Dameh, the Deputy Station Coordinator of the community radio station, Radio Ada located in the Greater Accra Region of Ghana, over false publication charges.

Just like Ghana, Senegal’s glory days as a press freedom haven appear to be turning into a nightmare. The last paragraph of Article 27 of Senegal’s Electronic Communications Code adopted in 2018 suggests the regulatory authority (Autorité de Régulation des Télécommunications et des Postes – ARTP) could censor “disturbing” contents. This provision represents a threat that is hanging over the heads of internet users, journalists included. For many, the threat is not physical or legal like the risk of going to prison. However, it means that some internet users’ content may be excluded from the web by the regulatory authority on the basis of discretion.

“The Regulatory Authority may authorise or impose any traffic management measure it deems useful in order, in particular, to preserve competition in the electronic communications sector and ensure the fair treatment of similar services,” the law reads.

Senegal’s status deteriorated from free to partly free in the Freedom House index, an indication that the country is gradually losing its social calm and reputation for tolerance. Senegal’s decline in the RSF press freedom ranking followed a series of violations in 2021. For example, in March 2021, the premises of the Groupe Futur Médias (GFM) was attacked by demonstrators who accused the media house of being on the payroll of those in power.

Similarly, the premises of the “Les Echos” newspaper were ransacked by followers of Serigne Moustapha Sy, leader of the religious group Moustarchidines. The newspaper had published that the powerful leader had contracted Covid-19 quoting hospital sources.

On March 4, 2021, the National Audiovisual Regulatory Council (CNRA) suspended the Walfadjri and SenTv for three days on account of broadcasting a loop of violent images. In a separate incident, also in March, some unknown individuals issued death threats against journalist Pape Ndiaye of Walf Tv.

Alarmingly, 2022 is not looking any brighter. After going blank in the first quarter of the year, Senegal has recorded at least 5 violations in the second quarter. On April 14, 2022, a security agent assaulted and detained Pape Malick Thiam, a journalist of the privately-owned television station 7TV. The officer also seized the phone of the journalist who was covering a court case. Thiam was later charged with “contempt of public officer”, and discharged by the court.

On April 15, 2022, some twenty staff members of the regional hospital in Louga assaulted Ousmane Kane, a journalist with the national radio station Radiodiffusion Télévision Sénégalaise (RTS). The attackers also destroyed two phones belonging to the journalist.

On May 24, 2022, members of the Benno Bokk Yakaar (BBY) party, which supports President Macky Sall, swarmed over journalist Ndeye Ngoné Diop DakarBuzz, pushed her around, and abused her for having posed an “inappropriate” question to their leader during a press conference.

On June 8, 2022, opposition activists attacked reporters from Leral.net at the Place de la Nation in Dakar during a demonstration by the Yewwi Askan Wi coalition. Assane Sarr and Cheikh Tidiane Sène, both journalists from the media outlet, were reporting live when they were forced to stop after supporters charged at them. The rampaging party militants threw water bags at Assane.

On the same day, the militants of the Yewwi Askan Wi coalition prevented Cheikh Diop, a journalist from Télévision Futur Média (TFM) and his cameraman from covering their demonstration. They insulted and threatened the two journalists forcing them to abandon their coverage of the event for their safety.

On May 23 and 24, 2022, three journalists from Radiodiffusion Télévision Sénégalaise (RTS), Abibou Mbaye, Abass Sow and Issa Thioro Guèye received death threats from unknown individuals using a private number. The three were union figures who were leading efforts to demand better living and working conditions for the staff of the state-owned RTS. They have taken the matter to court and Senegal’s cybercrime services after the police failed to respond to their complaints of receiving anonymous death threats and insults.

“We are in a country where insecurity is beginning to take hold. I think we have all the necessary tools not only to identify them but also to bring them to justice. But it is with regret that we have noticed that so far nothing has happened,” Abass Sow told the Media Foundation for West Africa (MFWA) in a telephone conversation.

In June 2022, Talla Sylla, one of the leaders of the Convergence des Jeunes Républicains (COJER), a youth group attached to the current government, called for the burning of the private television station, Walfadjri in a video that has gone viral in Senegal. The Syndicat des Professionnels de l’Information et de la Communication du Sénégal (Synpics) and several voices condemned these remarks, prompting the young leader to later apologise in another video.

Senegal recorded quite a number of violations before the July 31 legislative elections. Journalists appeared to be trapped between the rock of the ruling party and the hard place of the opposition party militants.

The decline in press freedom in Ghana and Senegal is symptomatic of the retreat of democracy in the sub-region. Insurgency in northern Nigeria, Niger, Mali and Burkina Faso has led to military takeovers in the latter two countries. There has also been a military takeover in Guinea after President Alpha Conde changed the constitution to stand for a third term. Similar tampering with the constitution by Cote D’Ivoire’s President Alassane Ouattara has seen the octogenarian secure a third term, amidst protests.

Ghana and Senegal’s status as shining lights in press freedom, tolerance of divergent opinion and democratic norms in West Africa makes their recent decline in press freedom rather disturbing. The two countries, like all others, need the media to support development efforts, educate and inform the public, provide space for and moderate public discussion on important development issues and demand accountability from public officers and institutions. Consequently, attacks, threats and intimidation targeted at the media are attacks on democracy and its values.

The Media Foundation for West Africa (MFWA), therefore, calls on the authorities of the two countries to take steps to protect journalists and the media from all forms of violations, prosecute the perpetrators of attacks on journalists and publicly denounce such violations when they occur.

To guarantee a safe, secure and peaceful environment for the flourishing of press freedom and freedom of expression, we recommend to the authorities in these two countries to: