Free Expression ViolationsSafety of Journalists
May 17, 2022 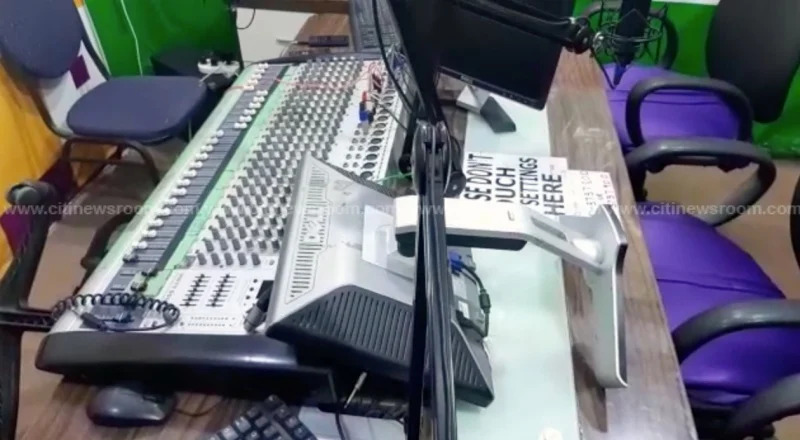 The Media Foundation for West Africa condemns the attack by thugs on Benya FM, a radio station based in Elmina in the Central Region of Ghana, and demands justice from the Police.

The station was airing a programme on the problems associated with the fishing industry when it came under attack in the evening of May 16, 2022. Three burly men on motor bicycles burst into the premises, made for the studio and assaulted the host of the programme, Osofo Blessing, together with the producer, Nana Gyefo. The rampaging thugs kicked, slapped and pummeled their victims and destroyed equipment including computers, mixers and microphones. The station has since been off air while the Management takes stock of the extent of damage and what it will take to resume broadcasting.

The station reported the assault to the police and two victims were issued a police medical form to receive treatment at a local hospital.

The police took statements from the two the following morning and have begun investigations, the Programmes Manager of Benya FM, Usman Kwaku Dawood, told the MFWA in a phone interview.

Dawood said that the thugs were known activists of the ruling New Patriotic Party (NPP) who were unhappy with the station’s forthright discussion of malpractices and laxity in the distribution of government-subsidized pre-mix fuel to fisherfolk in the area.

“We have weekly programmes dedicated to farming and the fishing industry on  Fridays and Mondays respectively. The discussion is always dominated by the difficulty in accessing pre-mix fuel due to diversions, interference by political party people and under-hand sales to unqualified persons. They are not happy with the programme and the attackers said it while quitting our premises,” Dawood told the MFWA.

The Divisional Police Commander, Chief Superintendent Abraham Abasah, has confirmed to the MFWA that the attack has been reported to his outfit and assured that “investigations are ongoing.”

This is the second time in four months that a radio station has been attacked in Ghana. On January 13, 2022, about a dozen thugs stormed the premises of Radio Ada, a community radio station, assaulted two of its journalists and vandalised equipment. Like the case of Benya FM, the attackers of Radio Ada issued warnings to the station to stop its Manor Munyu programme, a discussion show that discusses the state of the salt mining industry, the mainstay of the Ada economy.

The MFWA finds this attack quite disturbing, coming barely two weeks after the country lamented and made various resolutions over its steep drop in the RSF world press freedom ranking.

Fishing being the main occupation of the people of Elmina, problems associated with that sector are legitimate issues of discussion by the local media house. It is therefore repugnant for some individuals to seek to silence the station through brute force.

We urge the Management of Benya FM to follow-up on the issue and call on the police to ensure that the perpetrators are apprehended to face the law. Impunity over such attacks fuels further attacks, creating a vicious cycle. We challenge the Police to rise to the occasion and make this case an exception to the “business as usual” culture.