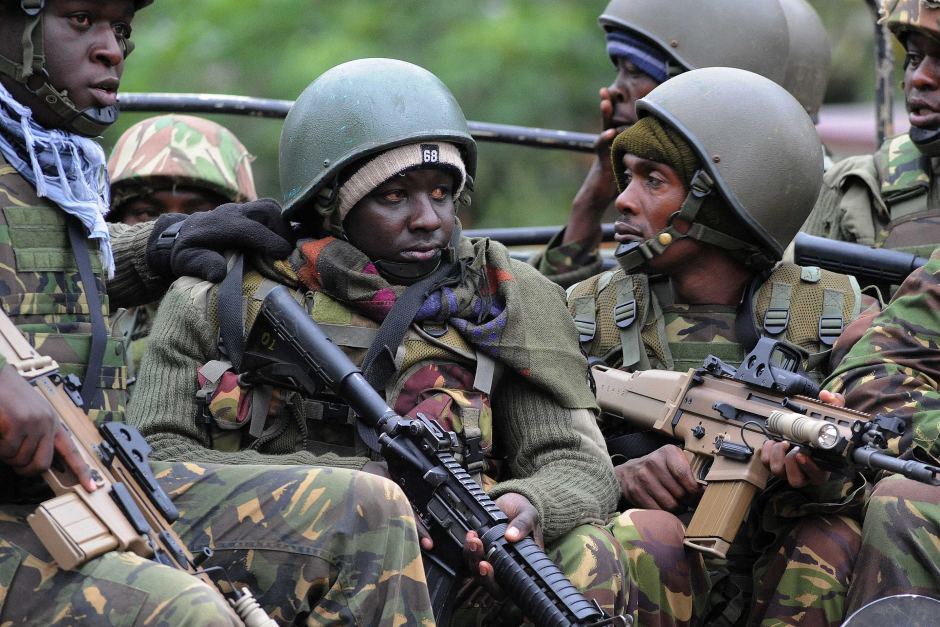 It was a tumultuous month for freedom of expression in West Africa as July 2019 recorded several violations including the killing of 12 protesters and a journalist, with Guinea passing a law that allows security forces to shoot on sight.

A catastrophic intervention by security forces led to the death of 12 demonstrators and a reporter in Abuja on July 22. The twelve, who were members of the Islamic Movement in Nigeria (IMN), were demonstrating to demand the release from detention of their leader, Ibrahim el Zakzaky. Precious Owolabi who works for Channels Television, while covering the protest and the crackdown, was hit by a bullet and died at the hospital.

While Nigeria is counting the cost of the deadly security crackdown, Guinea’s Parliament on July 6, 2019, approved a law authorising gendarmes in the country to shoot on sight without fear of prosecution when confronted with imminent danger or terror attack.  Giving the country’s dreadful record of deadly crackdown on demonstrators, this law has grave implications for freedom of assembly rights.

In Togo, the Minister of Territorial Administration, Decentralization and Local Authorities, Payadowa Boukpessi, banned outright a planned sit-in demonstration by the Martin Luther King Movement (MMLK-the voice of the voiceless). The MMLK had decided to picket at the premises of the Ministry in charge of Security on July 25 to protest against rising crime in the capital.

On July 5, some staff of the National Identification Authority (NIA) in Ghana assaulted Edward Twum, a cameraman from Accra-based Citi TV. Twum was filming frustrated applicants while his colleague, Elvis Washington was interviewing them when some NIA officials accosted them. They heckled Twum and tried to seize his camera, leaving him with bruises on his wrist.

In The Gambia, a group of supporters of the Alliance for Patriotic Reorientation and Construction (APRC), the political party of former President Yahya Jammeh, assaulted two journalists who were covering court proceedings in Banjul. Modou Saidy, a journalist working with the private media outlet Fatu Network, and Romain Chanson, a reporter of Radio France International (RFI), were attacked on July 8, 2019, by the APRC militants outside the High Court complex in Banjul.

On July 30, some 20 journalists covering the vetting of Commissioners designate at the Ebonyi State Assembly, were beaten by thugs on the orders of a member of the House, Mr Nkemka Onuma. Some of the journalists also had their equipment destroyed in the fracas.

On July 1, the police arrested Valentin Kouassi, President of the youth wing of the opposition Parti Démocratique de Cote d’Ivoire (PDCI). Kouassi was charged with disturbing public order and detained in an undisclosed location after he organised an anti-government demonstration in the southern city of Adzopé on June 23. He was released a day later, but subject to repressive conditions; placed under judicial control, and prohibited from participating in rallies and speaking at public gatherings as well as from participating in political and national discourse on social media networks.

Ahmed Ould Wedia, a journalist with the private television station Al-Mourabitoune, was arrested by security forces in his home on July 3 during a crackdown on dissent following protests against the results of Mauritania’s presidential election. He was released without charge on July 15.

A day after Wedia’s release in Mauritania, Gendarmes in Senegal arrested Guy Marius Sagna while he was in a meeting at the office of FRAPP- France Dégage, a civil society organisation of which he is a leading member. Upon his arrest on July 16, Sagna was interrogated over a post he had made on Facebook about the neglect of the country’s health facilities. The post was in reference to the death in a France hospital of the Secretary of the ruling Party in Senegal and close ally of President Macky Sall.

“To die in a hospital of the former colonial master, when they have had 59 years to provide this country with hospital facilities worth their name!!!! How sad! Such a waste!” Sagna wrote.

In a similar incident, Adama Gaye, a freelance journalist known for his critical articles in the newspapers and social media, was on July 29, remanded in prison custody on charges of “insulting the President of the Republic.”

Gaye was arrested for a Facebook post in which alleged that President Macky Sall had an adulterous affair during an official trip abroad.

On July 30, the Police in Nigeria detained Oke Epia, Editor in Chief of Order Paper, after the journalists honoured an invitation over “criminal complaints” lodged by a former Member of Parliament, Tony Nwulu. The former lawmaker complained that Epia had made false claims about him in his profiling of Governorship candidates.  The journalist was released on bail later the same day after several hours.

The month also recorded a host of defamation suits against journalists. In Guinea, journalist Habib Marouane Kamara was dragged to court on July 10 for defamation after he posted corruption allegations on Facebook against the Director of the National Tax Service, Aboubacar Makhissa Camara. Marouane Kamara, who works with Radio Nostalgie, is on bail with the case pending.

On the same July 10, a journalist working with the New Dawn Newspaper, Othello B. Garblah, was summoned by a judge of a criminal court in Monrovia, Liberia to answer charges of contempt of court. The charges related to a critical article about judges written by the journalist which was published with the photo of Judge Peter W. Gbeneweleh.

In the most progressive development recorded during the month, Mauritanian blogger, Mohamed Cheikh Ould Mkheitir, was released on July 29 after five years in detention on blasphemy charges. Mkheitir who was  sentenced to death in 2014, remained in detention even after an Appeal Court  granted him reprieve by commuting his sentence two years’ imprisonment on November 9, 2017.

In another important development that can help bring closure to the unresolved murder of Dayda Hydara, a Gambian soldier who worked as a member of the hit-squad of former President Yahya Jammeh, on July 22, 2019, confessed that he was involved in the killing of the former Editor of The Point newspaper. Lieutenant Malick Jatta told Gambia’s Truth, Reconciliation and Reparations Commission (TRRC) that Hydara’s murder on December 16, 2004.was carried out on the orders of the exiled ex-President.

In Mali, UNESCO and the Ministry of Communication launched a project themed “Strengthening the contribution of the media for a future of sustainable development.” The project aims at the tackling issues such as the safety of journalists, public access to information and media access to official sources.  A senior UNESCO official, Saip Sy explained that the project would “promote freedom of expression to allow a plurality of voices, ensure transparent governance as well as fight oppression, conflict and poverty.

In Sierra Leone, four journalists regained their freedom on July 2, 2019, having spent four nights in detention in a defamation case brought against them by a lawyer. The four had failed to meet stringent bail conditions imposed by a Magistrate Court in Freetown when they appeared on June 28.

In March 2020, the WHO declared Corona Virus Disease (COVID-19) as a pandemic. The outbreak of the disease …

On the occasion of this year’s World Press Freedom Day, the Media Foundation for West Africa (MFWA) salutes …