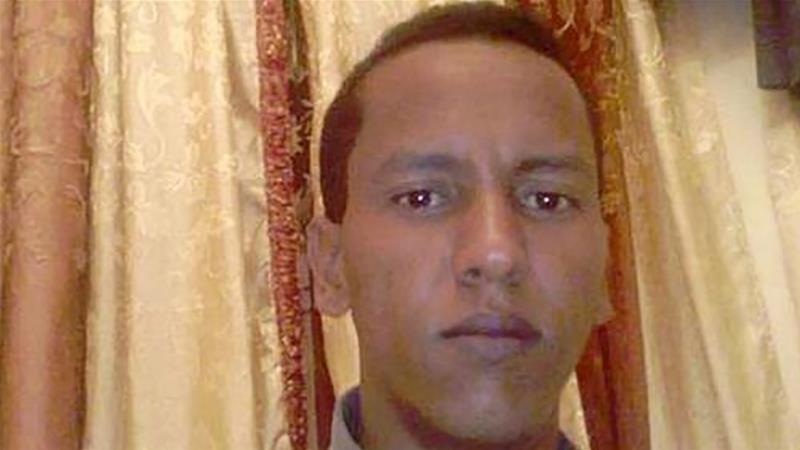 Mkheitir was freed on July 29, 2019 ahead of the inauguration on August 1, 2019 of President-elect, Mohamed Ould Cheikh Ghazouani.

“He was released yesterday [Monday July 29] from the place where he was under house arrest,” AFP quoted Mkheitir’s lawyer, Fatimata Mbaye, as confirming.  The lawyer added that though her client was no longer in prison, he had not gained full freedom of movement, having been transferred from Nouakchott to another location which she would not disclose for security reasons.

Local media speculate that the blogger has been flown outside the country to protect him from possible attacks by radicals who have been calling for his execution.

M’kheitir was made to express repentance on Facebook and TV as a condition of his release following a meeting between rights groups, religious leaders, and outgoing President Mohamed Ould Abdel Aziz.

“As I announced at the beginning of 2014, and repeated on all the occasions before the courts, I hereby reiterate my repentance before Allah, the Lord of the Worlds,” the blogger posted in Arabic early July, ahead of his release.

Mohamed Ould Mkheitir was sentenced to death for blasphemy in January 2014 after he posted a comment on Facebook criticising the use of religion to perpetuate slavery. The authorities in the conservative country judged the criticism to amount to insult to Islam and the Prophet Mohammed.

On November 9, 2017, when he had already spent nearly three years in prison, an Appeal Court, considering the blogger’s show of remorse, commuted his sentence to two years in prison and ordered his release. However, the authorities continued to keep him in detention.

Following a flurry of protests by religious fanatics against the Appeal Court’s decision to release Mkheitir, the government on November 17, 2017, modified Article 306 of the Criminal Code under which the blogger had won his appeal by pleading repentance. The revised law disallowed repentance as a mitigating circumstance in blasphemy cases.

“The Mkheitir affair has over the years been a major blot on the image of Mauritania in the freedom of expression and general human rights circles. His release is therefore positive for the country and we hope the incoming administration will build on this momentum by scrapping Mauritania’s infamous blasphemy laws and by building a culture of tolerance for divergent opinions,” said Vivian Affoah, Programme Manager for Freedom of Expression at Media Foundation for West Africa.

The MFWA joins freedom of expression groups in Mauritania in hailing the release of Mkheitir who did not have to be imprisoned in the first place for expressing his opinion. We urge the authorities to compensate the blogger for the illegal detention since the Appeal Court reprieve of November 9, 2017.