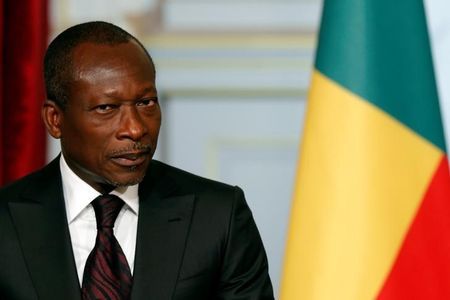 Benin, long regarded as a beacon of human rights in West Africa, has made the headlines for the wrong reasons in recent times, raising concerns within the press freedom and human rights advocacy community.

Events in the country in the past one month, including a 24-hour internet shutdown, a brutal crackdown on opposition demonstrators and the arrest, detention and prosecution of a journalist for his unfavourable views about the country’s economy, have left Benin’s image badly bruised in the eyes of freedom of expression and human rights defenders.

On May 1, 2019, security forces killed two demonstrators and injured many who were protesting the one-sided legislative elections which had been held the previous day.

On April 18, 2019, the police stormed the house of Casimir Kpedjo, the manager of the private online magazine Nouvelle Economie and took him into detention. The journalist was arraigned before court on April 23, 2019 on charges of disseminating false information about the economy of Benin.

On April 28, 2019, the authorities shut down the internet as tension mounted over legislative elections from which all opposition candidates had been disqualified.

The latest incidents bring to 14 the number of freedom of expression violations that have occurred in Benin since President Patrice Talon took office in April 2016. Below are the 11 other incidents:

On May 23, 2018, the HAAC suspended La Nouvelle Tribune newspaper indefinitely after accusing the newspaper of denigrating the Head of State.

On March 2018, Modeste Toboula, the Prefect of Littoral Department, a small area of settlement in the country, announced a ban on all public demonstrations. The decision was, however, was overturned by the constitutional court on May 22, 2018.

On February 23, 2018, the HAAC suspended Audace Info newspaper as well as its online publication for an article deemed to be insulting of Benin’s President, Patrice Talon.

On January 23, 2018, two journalists, Emmanuelle Sodji and Wilfried Codo were detained and assaulted by teachers from the Ocean College of Education in Cotonou who were embarking on a strike action. The journalists were covering the strike action.

On November 12, 2017, the management of the news website Le Pharaon complained that access to their site had been blocked on the alleged orders of authorities.

At the beginning of October 2017, two radio stations, Soleil FM and Capp FM, had their frequencies respectively scrambled and hacked during prime time. The authorities denied responsibility for the interference, but the perpetrators were not identified.

On February 17, 2017, students from the University of Abomey-Calavi, who had gathered at the Hotel Le Refuge for a general assembly and a press conference on the State securities’ denial of their rights to freedom of assembly and procession, were brutalised and violently dispersed by the police.

On 28th and 29th November 2016, the media regulatory body, Haute Autorite de l’Audiovisuel et la Communication (HAAC), ordered the closure of the TV channels E-TV, Eden TV and Radio Soleil FM for “relocating” from their assigned zones. Other media outlets such as Sikka TV, Christian TV, Unafrica TV, TV Beninoise were also closed for various reasons. The action contravened Article 46 of HAAC’s  Organic Law which mandates them to give prior notice to the media organisations before shutting them down.

On October 5, 2016, the government banned activities of student associations on campuses of all public universities, a decision that violated the students’ constitutional right to freedoms of assembly and demonstration. The ban remained in force for nearly a year. It was lifted on October 2, 2017.

When President Talon assumed office on April 6, 2016, the Media Foundation for West Africa (MFWA) urged him to prioritise freedom of expression issues in the country and to consolidate the country’s progress in that area.

The recent wave of violations, particularly the internet shutdown and prosecution of a journalist for his critical analysis of the country’s economy, do not portray a government that is committed to preserving Benin’s culture of tolerance for freedom of expression.

The MFWA, therefore, urges President Talon to personally address the recent violations and take steps to ensure that they do not recur. We also renew our call on the Benin government to drop all charges against the journalist, Casimir Kpedjo.

The Republic of Benin will hold its presidential elections on April 11, 2021. The incumbent, Patrice Talon, will …