July 2018 in West Africa: A Tale of Crackdown on Demonstrators, Closure of Media Houses 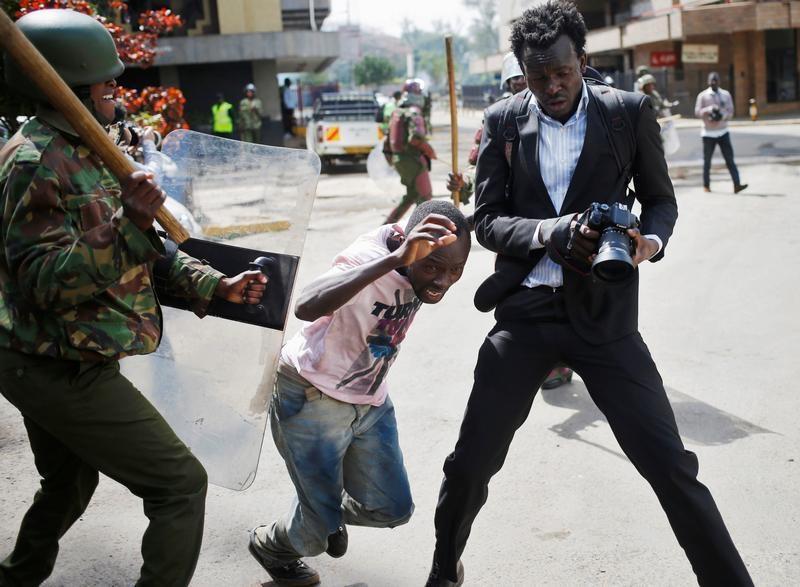 It was a dismal 30 days for freedom of expression in West Africa with ten media organisations shut down, nine of them in Niger, where 18 demonstrators were jailed in the month of July 2018.

The action came hours after the outgoing State Governor, Ayodele Fayose, prematurely and erroneously declared on the BSES network that his deputy and Peoples Democratic Party (PDP) candidate, Kolapo Olusola Eleka, had won the election for governor of Ekiti.

The NBC said, by allowing the election to be called on their network, BSES had violated Section 5.2.15 of the Nigeria Broadcasting Code, which states that, “A broadcaster shall broadcast election results or declaration of the winner only as announced by the authorized electoral officer for the election.”

The NBC did not indicate how long the network will be closed. While the network was indeed at fault, the NBC’s reaction was also excessive and inconsistent with the graduated sanctions prescribed under the code which includes written warning and reduction in daily broadcast hours, with suspension as last resort for repeated infractions.

Back in Niger, a high court in Niamey on July 24, 2018 handed a one-year sentence each to 18 persons for taking part in a “forbidden demonstration.” Half of the sentences were suspended, meaning the convicted persons are serving six months in prison.

In the same ruling, four civil society leaders Ali Idrissa, Moussa Tchangari, Nouhou Arzika and Abdourahmane Lirwana were handed 3 months suspended sentences for leading the said demonstrations. The fourth person, Lirwana, will however actually serve one year in prison, having been convicted a day earlier to two years’ imprisonment (one year suspended) on contempt charges during the trial.

There was a similar repression of freedom of assembly rights in Guinea where the police violently attacked demonstrators in Conakry and arrested ten people, including civil society leaders, for holding an “unauthorized assembly” on July 23 to demand a review of recent fuel price increases.

The metropolitan authorities in the capital, Conakry, had banned the protest, citing the need for “social tranquility” and “preparations for the pilgrimage” to Mecca. However, the protest organisers rejected the reason as frivolous and went ahead with the demonstration. The arrested persons were released after a few hours.

In Nigeria, disgruntled thugs suspected to be members of the ruling All Peoples Congress (APC) party on July 16 attacked journalists covering a press conference called by some members of the Working Committee of the party in Osun State.

The International Press Centre (IPC), MFWA’s partner organisation in Nigeria, reported that “The secretary of the Nigeria Union of Journalists (NUJ), Osun State Council, Mr. Bamigbola Boladale, was not spared in the ugly incident as he was terribly beaten by the rampaging thugs, who also tore his clothes to shreds.”

“I was beaten and some of my equipments got damaged along the line just because I wanted to interview Davido. I was given a tag that gives me room for entrance. This bouncer beat me up and I was on the floor for 30 mins plus, in between life and death before I was rushed to the hospital” the journalist later posted on NoStory’s Instagram account.

In Ghana, the cameraman of Accra-based GHOne TV, Reynold Dadzie, was beaten and left unconscious by some youth of Asawase, a suburb of Kumasi in the Ashanti region. The journalist was filming a violent demonstration by the youth on July 19, when he was brutalised by a section of the mob. The victim was left with a swollen left eye and a damaged camera.

A court in Ghana gave a boost to the fight against impunity by upholding a suit filed by Ohemaa Sakyiwaa, a journalist who was assaulted by a member of Ghana’s ruling New Patriotic Party (NPP). The abuser, Hajia Fati, had put in an application asking the court to strike out the substantive suit against her on technicalities. However, the Human Rights Court in Accra, on July 30, threw out the application and awarded costs in favour of the journalist.

Another piece of good news came from Liberia where the lower chamber of Parliament unanimously approved a Bill to decriminalise libel. The Bill now awaits endorsement by the Senate and eventual assent by the Head of State to effectively repeal the anti-free speech sections of the country’s criminal code.

On July 11, the MFWA and other media stakeholders held a Forum on Media-Police Relations with the Ghana Police Service as part of efforts to improve the safety of journalists’ situation in Ghana. The forum produced a number of positive outcomes, including an announcement by the IGP that media relations would be included in the curriculum of police training institutions at all levels and also a commitment to ensure that cases of abuse of journalists are thoroughly investigated and the culprits brought to book. Two days after the forum, the police CID headquarters took over investigations into the assault of a journalist, Latif Idris, by some police personnel.