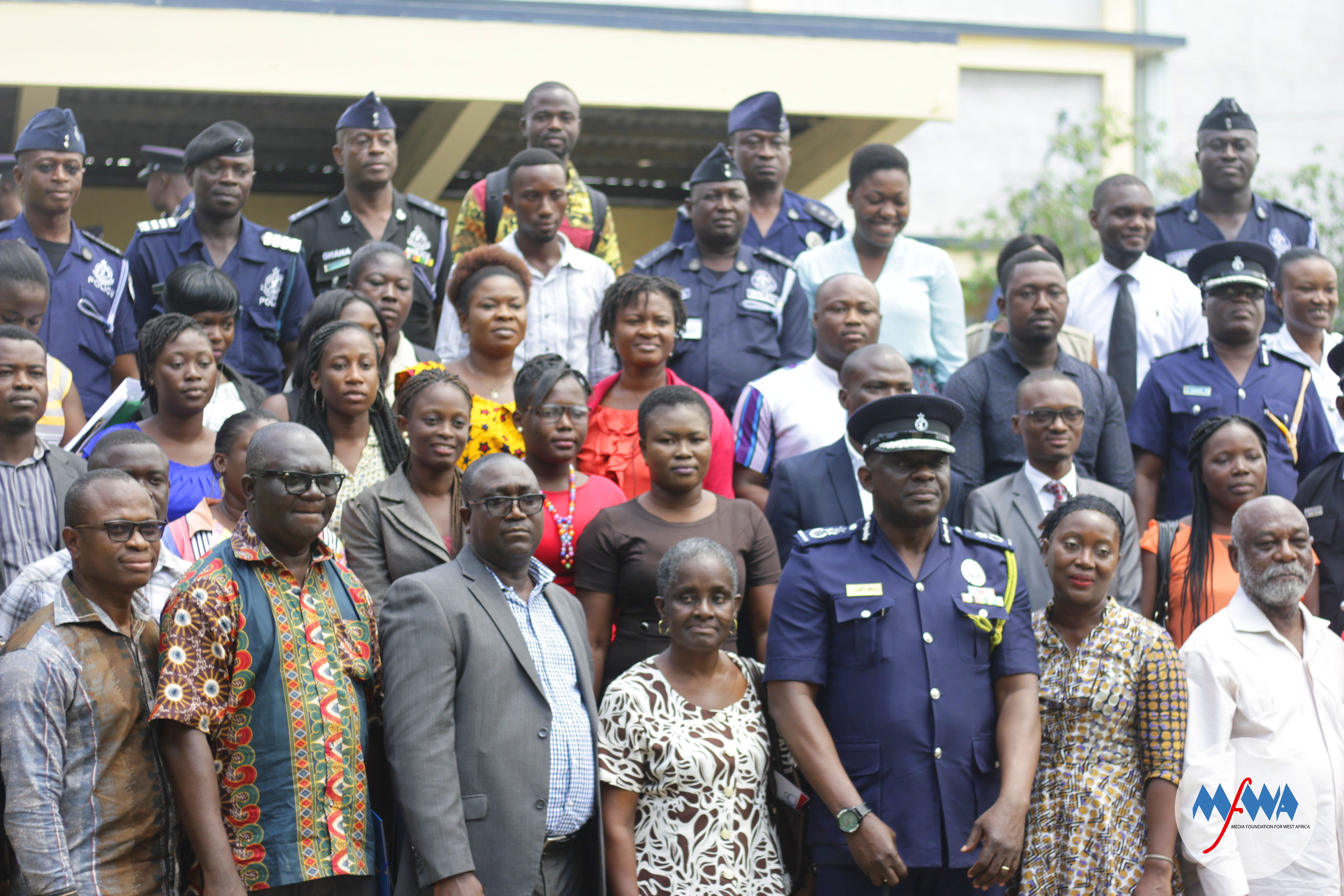 On the July 11, 2018, the Media Foundation for West Africa (MFWA), in collaboration with other media stakeholders, held a Forum with the Police Service on strengthening media-police relations for safety of journalists in Ghana.

The Forum, which was held at the police Headquarters in Accra, provided a platform for frank discussions on the recent challenges in police-media relations in Ghana as well as ways in which the police can help to improve the safety of journalists’ situation in Ghana. The forum brought together the Inspector General of Police (IGP), the directors-general of the various units at the police headquarters and other commanders. The media stakeholders at the forum included the executive heads of the National Media Commission (NMC), the Ghana Independent Broadcasters’ Association (GIBA), the Editor’s Forum, the Ghana Community Radio Network (GCRN) and media professionals from various media organisations. Also present was a representative from the country office of UNESCO.

The following were the major outcomes from the forum:

Following these significant outcomes from the forum, the MFWA has committed itself to providing additional resources to facilitate the work of the joint police–media experts committee for the drafting of the comprehensive police–media relations framework. The Foundation will also organise similar forums in the regions in the coming months.

The ongoing initiative in Ghana forms part of the MFWA’s current efforts to strengthen police-media relations for safety of journalists across West Africa. Similar interventions have been initiated in Liberia, Sierra Leone and Mali, with follow-up activities being planned. These initiatives are also in line with processes at the UN level to strengthen preventive mechanisms on safety of journalists.