Journalist Sentenced, Another Detained as Repression over COVID-19 Reporting Rages on 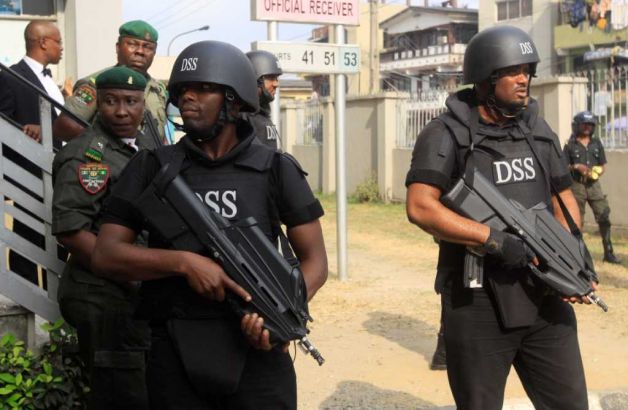 In a rather bizarre incident, a Magistrate Court in Utako, Abuja, on April 28, 2020, sentenced Emma Bricks Oko, publisher of the online magazine brickswrite.com.ng, to three hours’ Community Service and N5000 (about US12) fine for filming police brutality.

Oko was arrested by members of a joint police and civil defense group who spotted him filming their violent enforcement of the COVID-19 lockdown against commercial motor cycle riders in Abuja.

The joint police and civil defence group apprehended Oko and took him to the police station before arraigning him before the court on charges of obstructing the work of the task force.

The arrest and conviction of Oko came a day after operatives of the State Security Service (SSS) arrested Kufre Carter, a journalist. Carter, who works with the local radio station XL 106.9 FM, in Akwa Ibom State was arrested on April 27. This followed the leaking into the media including social media of the journalist’s critical comments about the state Health Commissioner’s handling of the COVID-19 pandemic. He was charged with defamation and conspiracy.

The journalist was detained for two days at the SSS station in the state capital, Uyo, before being arraigned in Court on defamation charges. After the journalist pleaded not guilty, the judge, Winifred Umohandi, set a bail condition of N3 million plus a letter from his village chief attesting to his identity.

Unable to meet the bail conditions, Carter is still being detained by the SSS. His lawyer, Inibehe Effiong, has complained that officials of the security agency have denied access to the journalist, adding that on May 7, his mother and sister were turned away.

Carter and Bricks’s ordeals follow a growing trend of violations against journalists covering the COVID-19 in West Africa with media professionals in Nigeria bearing the brunt.

On April 2, twelve journalists who were using the internet at the Adamawa State secretariat of the Nigerian Union of Journalists to file their reports as the lockdown had forced all commercial cybercafés to close, were arrested by police officers.  The police accused the journalists of breaking the COVID-19 lockdown.

A week before that, on March 26, Vincent Ake, the General Manager of a public newspapers corporation, was sacked on March 26, after one of the papers under his supervision reported the first case of corona virus infection in Ebonyi State.

On March 28, a security officer manhandled Angela Nkwo-Akpolu of the Leadership newspaper in Imo State and seized her iPad as she was covering an exercise to enforce corona virus control measures. Two other journalists on COVID-19 reporting duty, Michael Ikeogwu and Mathew Omonigo were also assaulted on April 1 by some members of an environment task force in Delta State.

Given the crucial role the media is playing in informing, sensitizing and educating the populace in the ongoing fight against the spread of the COVID-19 pandemic, it is regrettable that state actors, who should otherwise be allies and protectors of the media, have turned against journalists. The MFWA therefore calls on the authorities in Akwa Ibom State in Nigeria to release Kufre Carter and to take steps to end the serial repression of journalists. We further urge the authorities to provide effective protection for journalists covering the pandemic and to punish perpetrators of assault and arbitrary arrests of journalists reporting on the corona virus outbreak in Nigeria.