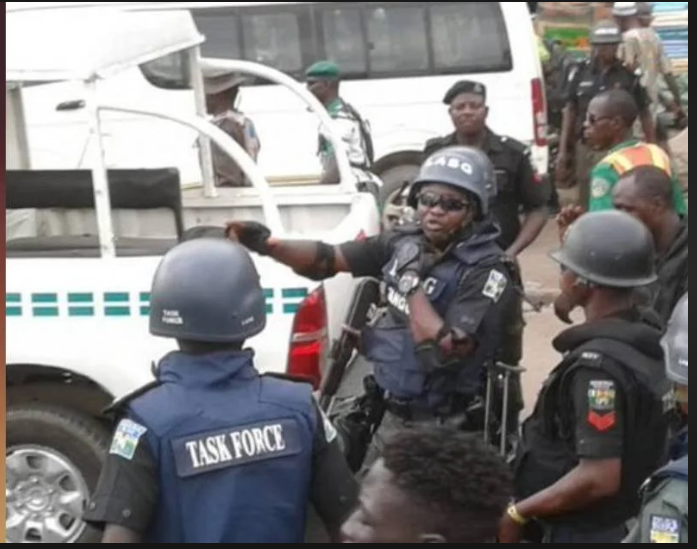 Some State Environment Task Force officers supervising a clean-up exercise at the Uvwie Local Government of the Delta State of Nigeria on April 1, 2020, assaulted journalists who attempted to cover the  abuse of local residents during the COVID-19 lockdown hours.

Michael Ikeogwu, Chairman of Nigeria Union of Journalists (NUJ)  and Mathew Omonigho, the Daily Post’s correspondent in Delta State, went to the Uvwie Local Government Area to monitor and report on the state of compliance with the stay-at-home order by the government to curtail the spread COVID-19 pandemic.

Ikeogwu said he and his colleague came upon some locals engaged in a clean-up exercise, so he approached the leader of the environment task force and asked him why they were forcing residents to carry out the sanitation exercise despite the government’s lock down order. The question infuriated the official, identified as Kingsley Iweka, who ordered five of his subordinates to attack Ikeogwu and Omonigho.

Omonigho’s Nikon D3100 camera was destroyed by the members of the task force who also detained the two journalists for about 45 minutes.

“It took the swift intervention of the Chairman of the Environment Task Force, Mr. Syvelster Oromoni, to free us from them through phone call. I wondered what will become of the ordinary man in the society if government officials could assault journalists in this manner even after identifying ourselves,” Ikeogwu, said.

The media are in the frontline of the sensitisation and education drive in the efforts to combat the COVID-19 pandemic. In view of this, the MFWA considers the attack on the journalist as a drawback on the crusade against the disease. We therefore urge the Delta State authorities and the State’s Environment Task Force to investigate the incident and punish the persons involved. We also urge security agencies to respect the media and desist from attacking them.