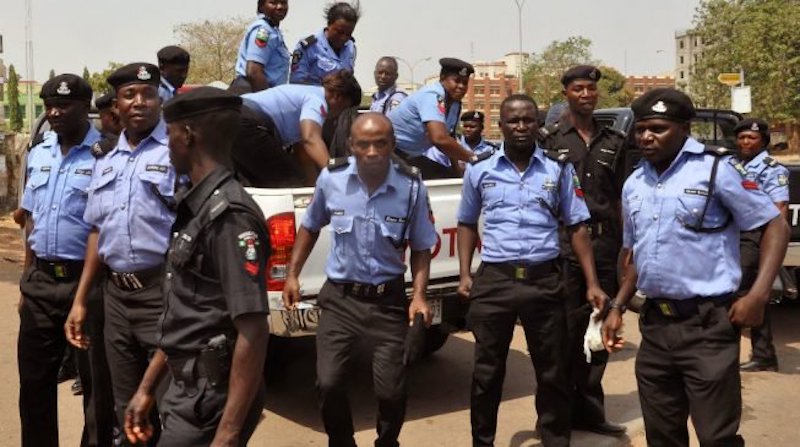 The Media Foundation for West Africa (MFWA) demands immediate investigations into the arrest and detention of twelve journalists by police who raided the Adamawa State Secretariat of the Nigeria Union of Journalists (NUJ) on April 2, 2020.

The police officers, who were enforcing the COVID-19 lockdown, stormed the NUJ office in the State capital, Yola, abused a group of journalists who were working at the facility and arrested twelve of them on accusation of breaking the lockdown.

The journalists had returned from the day’s assignment covering the COVID-19 issues and were using the internet at the NUJ Secretariat to file their reports, as all commercial cyber cafes had been closed because of the pandemic. Others had also gone to the NUJ office to follow the evening update from the disease control centre.

The state Chairman of NUJ, Ishaka Donald Deden who was among the twelve arrested, confirmed the incident to the local media. Deden said three trucks loaded with armed policemen raided the  office and rounded up the media personnel on accusation of violating the lockdown order. The journalists were taken to the Special Anti-Robbery Squad’s (SARS) detention facility and detained.

Disdaylive.com reported that a spokesperson for the State Police Command, DSP Suleiman Ngoruje said the journalists were arrested because they did not comply with the directives of the state government. The officer however failed to elaborate when probed.

“Even if the policemen were of the opinion that the journalists were contravening any lawful order of the state government, the appropriate thing would have been to present a warrant of arrest or in the absence of that, politely request the journalists to report at the police station. But resorting to jungle justice including beating with sticks and gun butts was an uncivilised and wrongful approach to enforcing law and order”, the IPC Executive Director, Lanre Arogundade, said in a statement.

The MFWA also denounces the arbitrary arrest and detention of the journalists and demands justice for the victims. We also urge the police authorities to sensitise their officers and men about the complementary role of journalists in the fight against the COVID-19 pandemic.