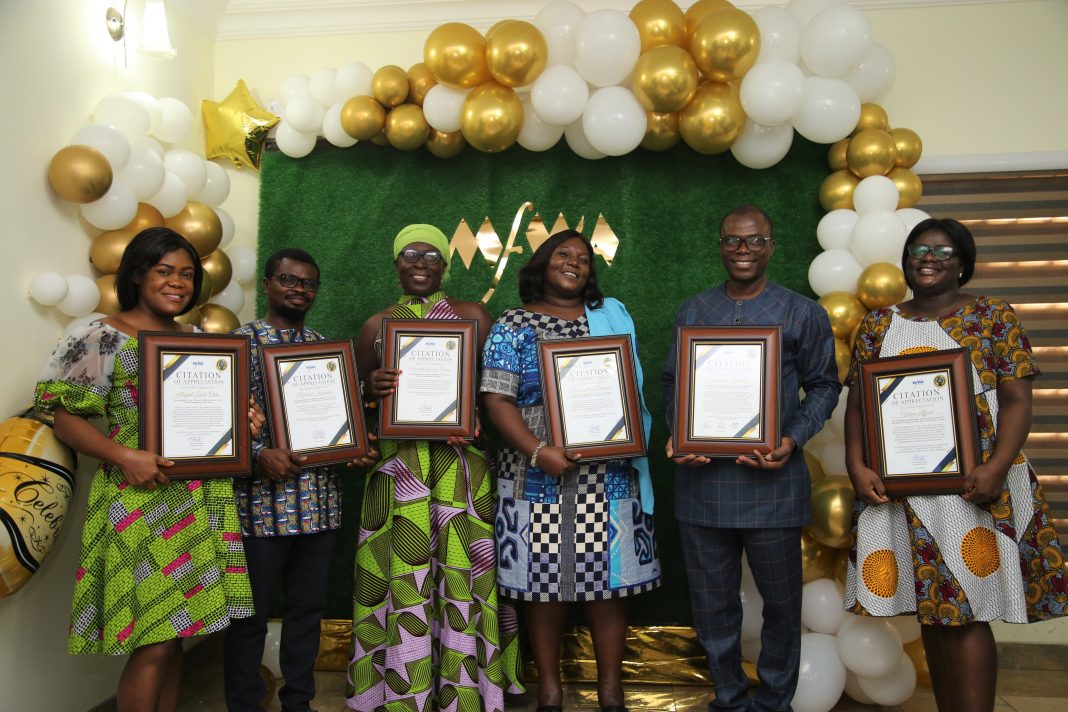 It is said that a nation that does not honour its heroes is not worth dying for. Guided by these words, the Media Foundation for West Africa (MFWA), on July 23, 2021, organised a brief ceremony at its office to honour six staff members who have served the organisation for ten years and more.

As part of the appreciation, the MFWA presented Citations of Appreciation to each of the six staff members. The Citations highlight some of the notable contributions they have made since joining the organisation.

In her remarks, the Programme Manager for Institutional Development at the MFWA, Dora B. Mawutor, thanked the Six for the instrumental roles they have each played in bringing the organisation to its current state. She also expressed the hope that the other staff will be motivated to recommit and give off their best to the organisation.

“It’s been great having these amazing staff on board. The MFWA appreciates the long years of service, and for standing by the organisation during some very challenging times. We appreciate the sacrifices you have had to make to meet deadlines in proposal submissions, project implementation and reporting. Your contributions to the successes of the organisation will forever be remembered,” Dora said.

Below is brief profile information about each of the six staff members: 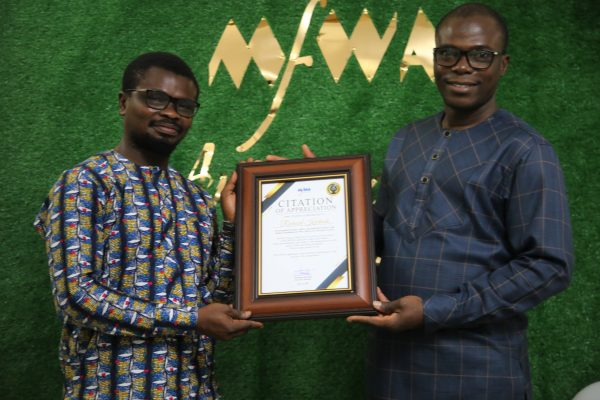 Richard Koduah is an Administrative Assistant at the MFWA. He is currently the longest-serving staff at the Foundation – having worked with the organisation for 22 years. Since he joined the MFWA in 1999, he has assisted with administrative and financial duties.

Daisy Prempeh is the Administrative Officer at the MFWA. A bilingual secretary, she has been working with the MFWA for the past 21 years (since February 2000). Although largely in charge of administrative duties, Daisy has over the years supported and managed some projects at the MFWA. 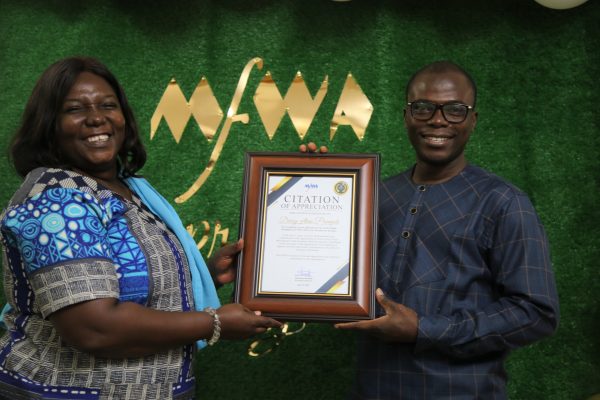 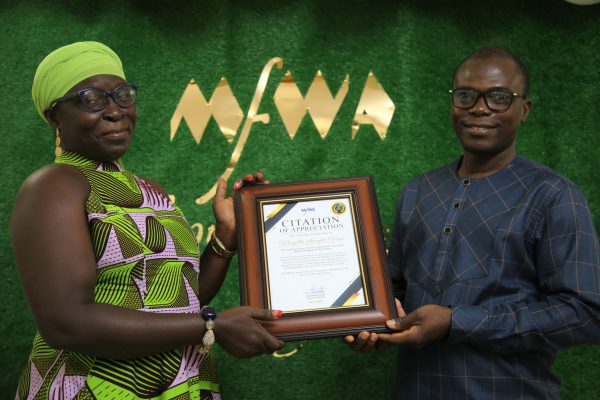 Margritta Amoaful-Owusu is the Finance Manager at the MFWA. For the past 20 years, Margritta has been handling the finances of the organisation and providing guidance on financial management skills for staff. She is a member of the Institute of Chartered Accountants Ghana. 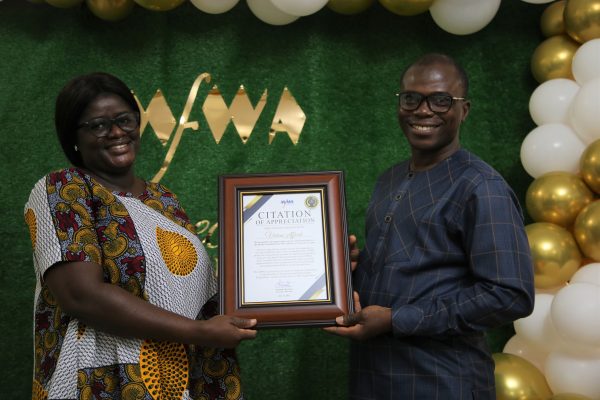 Vivian Affoah is the Programme Manager for the Digital Rights Programme at the Foundation. In her 12 years of service to the MFWA, she has served in several roles and coordinated several projects and activities on digital rights, safety of journalists, anti-impunity and production of freedom expression research reports focusing on the state of freedom of expression in West Africa. In her previous roles, she supported the coordination and strengthening of relations between MFWA and its National Partners in the respective countries.

Sulemana Braimah is the Executive Director of the Media Foundation for West Africa (MFWA). He has worked with the organisation for eleven years. He joined the organisation in 2010 and later became the Deputy Executive Director, a position he held until his appointment as the Executive Director in January 2014. He is also the current Secretary-General of the ECOWAS Civil Society Platform on Transparency and Accountability in Governance (ECSOPTAG); a member of the Executive Committee of the West Africa Civil Society Forum (WACSOF); and a member of the Steering Committee of the African Freedom of Expression Exchange (AFEX. From 2011 to 2015 he served on the 13-member Governing Council of IFEX, the global network of free expression organisations based in Toronto, Canada. 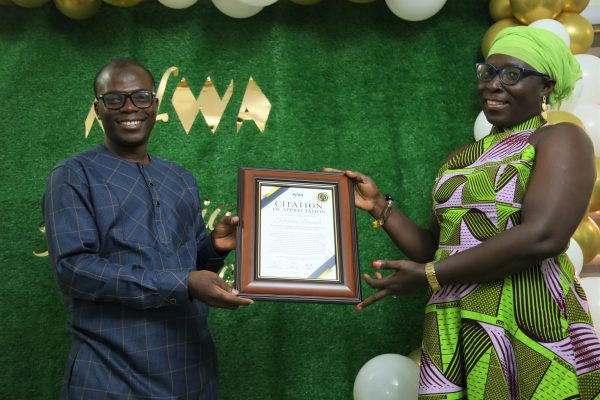 Abigail Larbi Odei is the Programme Manager for the Media and Good Governance Programme at the MFWA. Over the last ten years, She led the organisation’s projects on strengthening the capacities of journalists and media institutions; improving citizens’ participation in local governance; improving Women’s Rights Reporting in Ghana; promoting access to information; among others. She has also led a majority of the organisation’s district and community level engagements. 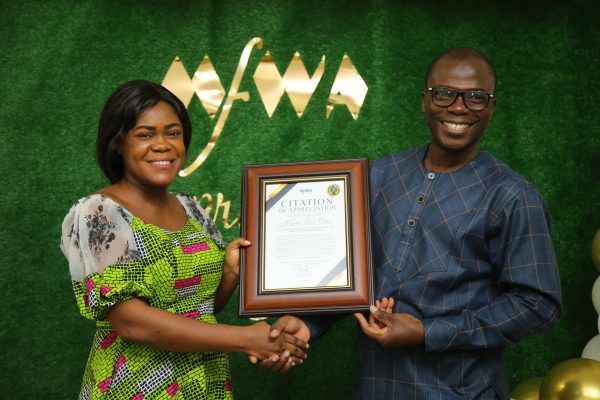 Safety of Journalists in Guinea Deteriorating as Protesters Target Journalists