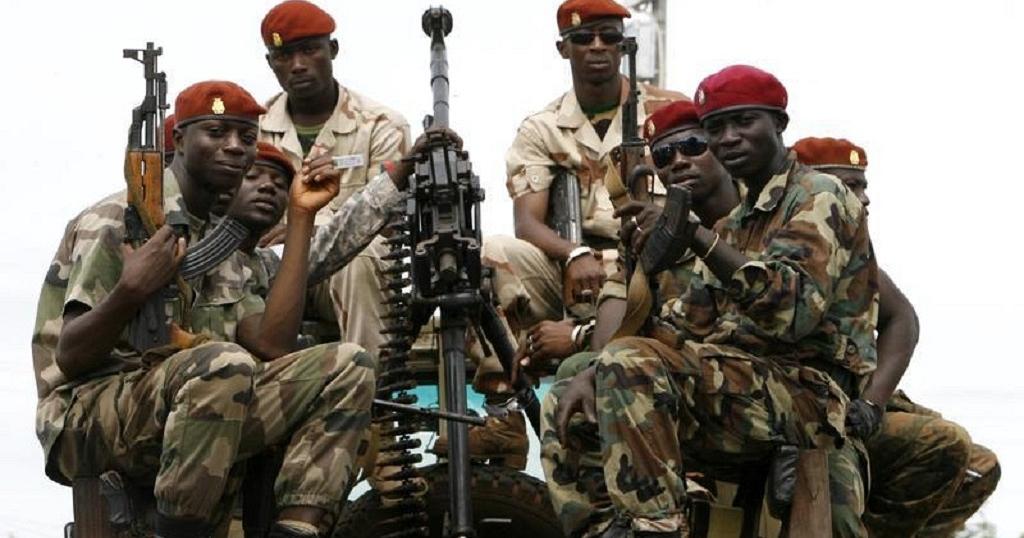 At least two protesters have been killed in clashes between security forces and a cortege accompanying the coffins of eleven people killed in a recent crackdown on anti-government protesters.

The clashes occurred on November 4, 2019, as hundreds of Guineans marched behind the coffins of the eleven protesters killed on October 14 and 16, 2019.

Nine people died on October 14 and two others were killed two days later as the security agents cracked down on protests against plans by the government to change the Guinean constitution in what is believed to be an attempt to remove time limits in order for President Alpha Conde run for a third term in office.

Reports say the procession of hundreds of mourners went peacefully until things degenerated when it got to the Bambeto Roundabout in Conakry, close to the mosque where the funeral prayers for the eleven were scheduled.

Some youth are said to have erected barricades and begun burning tyres to express their anger. The police threw tear gas on the crowd and the youth responded with stones, followed by water canons, leading to a breakdown of order.

In a press statement released later that day, the authorities reported that two people died among the protesters.

The killing of protesters in Guinea is getting increasingly disturbing and the authorities must review the operational methods of state security agencies in the light of the fatalities and injuries being recorded during these demonstrations.

The pretext that these demonstrations are unauthorised or some of the demonstrators step out of line cannot justify the deadly crackdowns because the security forces are under obligation to ensure that their response is proportionate and absolutely necessary which has not been the case in these incidents.

The MFWA calls for investigations into the killings and appropriate sanctions against those found to be culpable.