May 2019 in West Africa: Two Killed as Crackdown on Protesters Dominate FOE Space 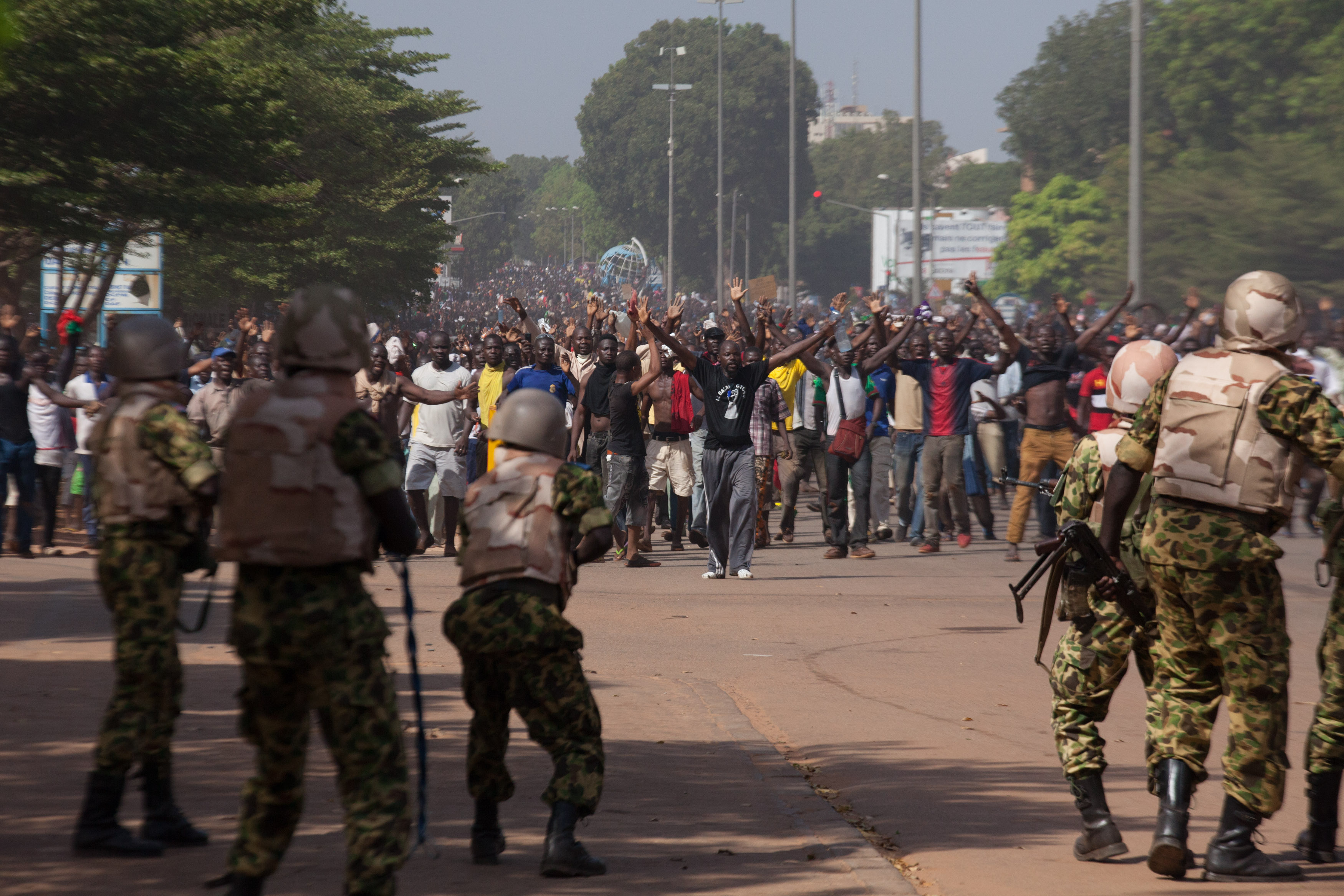 The Freedom of Expression environment in West Africa recorded several low points in May 2019, beginning with a crackdown on post-election protesters in Benin in which two people were shot dead on May 1.

Protesters again bore the brunt of government intolerance as seven members of an opposition political movement in Guinea were on May 7, 2019, sentenced to three months in prison and a fine of Guinea Francs 500,000 ( about $55) each after they were arrested for staging a protest against President Alpha Conde’s third term bid.

The seven, all members of the National Front for the Defense of the Constitution (FNDC), a political group opposed to any constitutional changes to allow President Conde to seek a third term, were arrested on May 4, 2019, at the Fodé Fissa stadium in Kindia, where the president was performing an official ceremony. They were wearing shirts with the inscription “No to Constitutional Changes.”

The attacks against protesters continued with the arrest of 15 people in The Gambia, seven of them females who demonstrated on May 11, 2019, to demand that the government of President Adama Barrow respect its pledge to limit its mandate to three years. A police spokesperson, ASP Lamin Njie, confirmed that the victims were “charged with obstructing the Public Order Act by breaching peace contrary to Section 9 of the constitution.”

In the first incident of attack on journalists, some supporters of the ruling Sierra Leone Peoples Party (SLPP) on May 2, physically assaulted Amira Tatayea Bangura, a reporter of Sierra Express Media. The assailants who had been filmed assaulting two opposition parliamentarians also deleted the recording from Bangura’s phone.

A second assault on a journalist occurred on May 8, when thugs suspected to be supporters of Nigeria’s Minister of Labour, attacked Ayodeji Adegboyega, a reporter with the Premium Times newspaper, and seized her phones and money.

The incident occurred while Ayodeji Adegboyega was covering a labour union protest against the Labour Minister, Chris Ngige, over delays in inaugurating the Board of the Nigeria Social Insurance Trust Fund (NSITF).  The reporter was accosted by the thugs who had spotted her recording their acts of violence against the protesters in front of the minister’s residence in Abuja.

The target of violations shifted to media houses as the National Communications Authority (NCA), the broadcasting and telecommunication frequency regulator in Ghana, shut down Radio Gold and Radio XYZ, both based in Accra and aligned to the main opposition party, the National Democratic Congress (NDC). The action, which was communicated in a statement issued on May 9, 2019, was condemned by the MFWA as discriminatory and lacking transparency.

On May 20, 2019, the National Assembly in Nigeria introduced restrictive guidelines for media accreditation to cover its activities. The guidelines containing about 20 conditions were widely described as draconian and rejected by the media fraternity in Nigeria, with the MFWA protesting that they amounted to censorship. Following the outcry, the measure was withdrawn.

There was, however, some significant progress in other areas, with a court in Benin lifting the indefinite suspension of a newspaper and the President of Ghana assenting to the new RTI Law.

In a verdict that was widely hailed as a victory for press freedom, a Court of Appeal in Cotonou on May 16, 2019, ordered the media regulator to lift its suspension of the privately-owned La Nouvelle Tribune newspaper. La Haute Autorité de l’Audiovisuel et de la Communication (HAAC), the media regulator, suspended the newspaper indefinitely on July 26, 2018, after it repeatedly published critical articles about President Patrice Talon.

On the occasion of the World Press Freedom Day (WPFD), the Sierra Leone Association of Journalists (SLAJ) called on the government to ensure justice in the case of Ibrahim Samura, former editor and publisher of the independent New Age newspaper.  Samura was beaten with metal chains and sticks by members of the then ruling All People’s Congress (APC) party during Sierra Leone’s presidential run-off election in March 2018. He died from his injuries three months later with the perpetrators, who included a Deputy Minister and the then Mayor of the capital, yet to be prosecuted.

“We are calling on the police and the government to take action. The investigation has been done. It’s up to the authorities to now prosecute. We will continue to put pressure on them to do so,” Ahmed Sahid Nasralla, the national secretary general of SLAJ told Inter Press Service on May 2.

Still in connection with the WPFD, stakeholders on press freedom in Ghana renewed their commitment to promoting the safety of journalists in the country at a Stakeholders’ Dialogue organised on May 2, 2019, to mark the day. The forum was jointly organised by Media Foundation for West Africa (MFWA) and the Ghana Journalists Association (GJA).

On May 21, Ghana completed the process of adopting a Right to Information RTI law when President Addo Dankwa Akufo-Addo assented the law which was recently passed by the country’s Parliament.  Welcoming the signing, the MFWA called for its proper implementation to achieve the objective of enhancing the fight against corruption and promoting transparent governance in Ghana.