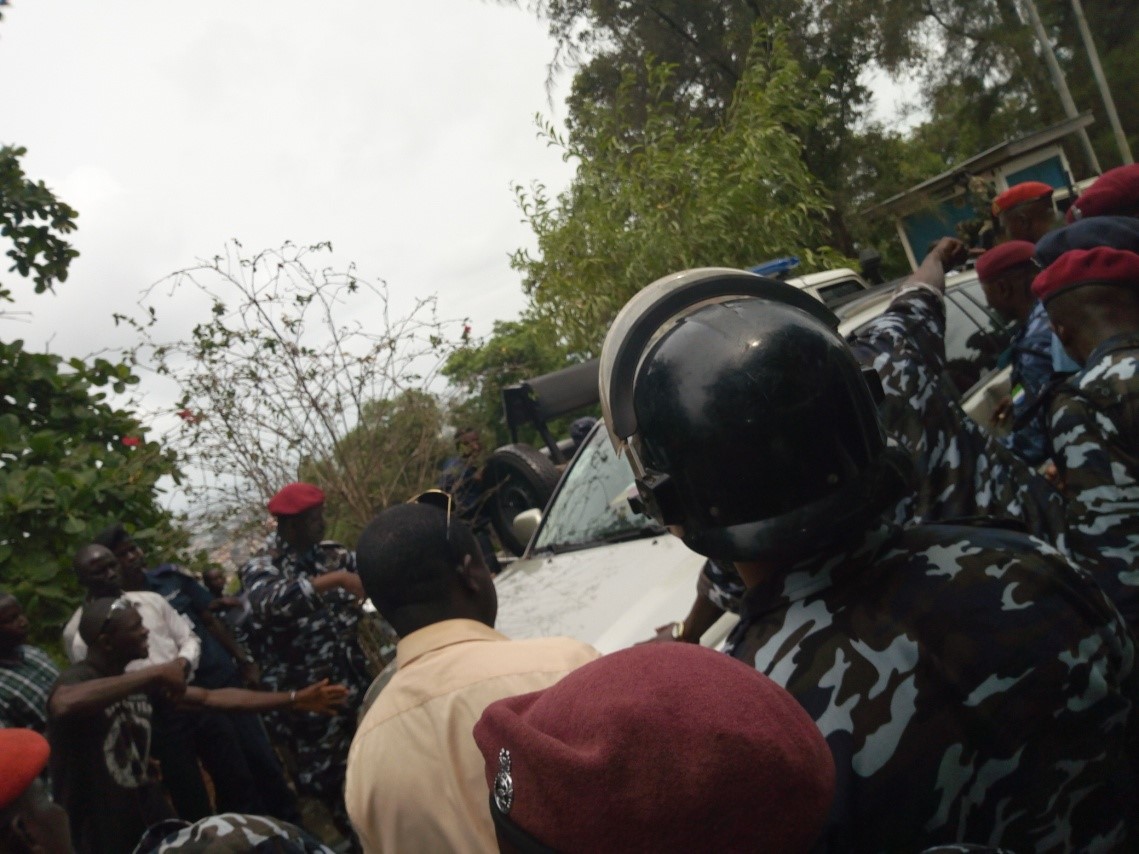 Supporters of the ruling Sierra Leone Peoples Party (SLPP) have physically assaulted Amira Tatayea Bangura, a reporter of Sierra Express Media, and deleted evidence of their acts of violence against two opposition parliamentarians which  she (the journalist) had recorded.

The incident occurred on May 2, 2019, outside the precinct of Parliament during the state opening of the Second Session of the Fifth Parliament of the Second Republic of Sierra Leone by His Excellency Julius Maada Bio.

According to reports published by the Sierra Leone Express, Amira had joined other journalists to interview placard-wielding Members of Parliament of the opposition party, All Peoples Congress (APC), who had walked out on President Maada Bio in protest against what they called the SLPP’s bad governance.

The report said as the press corps approached the protesting lawmakers, they came upon some SLPP supporters in their green T-Shirts vandalising the car of Osman Timbo, the Honourable Member of Parliament for Constituency 130, Murray Town, Freetown.  The thugs also assaulted Osman Timbo together with his colleague, Rugiatu Rosy Kanu, female MP for Constituency 113, Western Urban, Freetown.

“While I was taking pictorial evidence [of the assault], SLPP supporters rushed at me saying that the journalists must not take any snap shots,” said Amira.

The reporter was pushed and shoved around until she was rescued by the Local Unit Commander (LUC) attached to Parliament, Superintendent Paul Banister, but not before a body guard of President Maada Bio, who was attracted to the scene, had seized her phone and deleted all her photos and video recordings.

The MFWA condemns the acts of violence perpetrated against journalist Amira Bangura and the two MPs as an affront to press freedom and freedom of expression. We call on the leadership of the ruling Sierra Leone People’s Party to call their supporters to order, and urge the police in Sierra Leone to investigate the incident in order to find and punish the perpetrators.