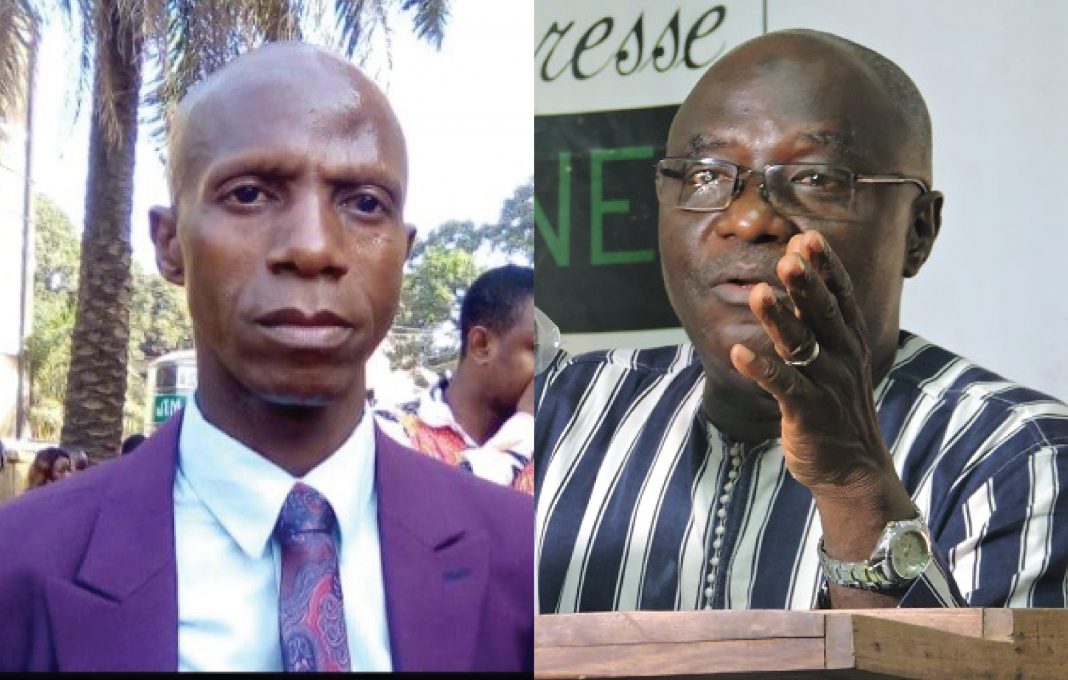 The Media Foundation for West Africa welcomes the release of Amadou Diouldé Diallo from detention on May 19, 2021, by a court in Conakry, and urges the authorities in Guinea to uphold the decriminalisation of press offenses in the country.

Diallo, a reporter for the state-owned radio and TV broadcaster (RTG) was fined 5 million Guinean francs (420 euros) for “insulting the Head of State.” The charges relate to comments made by Diallo on Radio Lynx FM, a private station, on 27 February, 2021. The journalist had accused the President of promoting ethnic division in the country.

Although prison sentences have been abolished for press offences in Guinea, Diallo was held for 81 days. The issue attracted a flurry of protests and advocacy efforts.

“The curious thing is that, although Law L2010 02 CNT of 22 June 2010 on freedom of the press does not provide for police custody or imprisonment, the court failed to release the journalist,” the MFWA observed after the prosecutor demanded only pecuniary sanctions on an April 13 court appearance.

“We maintain that Diallo should not be imprisoned for what he said on the radio, as press offences are decriminalised in Guinea,” the MFWA said in another statement in support of a solidarity action by a group of journalists demanding the release of Dioulde.

The group calling itself Collective in support of Amadou Diouldé Diallo organised what they called a virtual march on March 31, 2021, after the authorities in kaloum Conakry denied them authorisation to hold a demonstration in solidarity with their detained colleague.  They gathered at the Press House to read a statement condemning the detention as a violation of Article 105 of the Law on press freedom.

“Assuming that Mr. Diallo is found guilty of offending the head of state, he could only be sentenced to a fine ranging from 1 to 5 million Gnf, according to Article 105 of the Law on press freedom,” the group maintained.

Diallo’s release comes eight days after the Appeal Court in Conakry, released another journalist, Ibrahima Sadio Bah, with a fine of 500,000 Guinean francs (about US$50). He had spent three months and one week of his six months’ sentence pronounced on February 4, 2021. He was convicted of defamation, public insults, and slanderous denunciation against the president of the Guinean Football Federation, Mamadou Antonio Souaré. The charges related to a critical Facebook article about the tenure of Souare.

His detention provoked numerous actions by press associations and press freedom organisations within and beyond Guinea.  For instance, the Media Foundation for West for Africa (MFWA) and its partner, the Guinean Association of Independent Press Editors (AGEPI), appealed to the Guinean authorities on May 3, 2021, for the release on compassionate grounds of Ibrahima Sadjo Bah and Amadou Dioulde Diallo, who was also detained on charges of insulting the head of state.

Press associations in Guinea also pleaded with Justice Minister Mory Doumbouya, a lawyer by profession, for the release of Ibrahima Sadjo Bah. After his release, the minister said:

“Our position is very clear. The law applicable to press offences is the law on freedom of the press. Whenever we are informed of anomalies, or cases of misinterpretation or erroneous interpretation of the law, the relevant prosecutors will be instructed to restore legality. And this is what has just been done. The public prosecutor at the Conakry Court of Appeal has just done justice in the case of Ibrahima Sadio Bah. In fact, we cannot opt for the decriminalisation of press offences and find shortcuts or compromise formulas to circumvent the legal framework and find devious means to apply provisions that are not those that should be applied in terms of sanctioning press offences,” said the Justice Minister.

We applaud the release of journalist Sadio Bah and commend the efforts of the Guinean media alongside international organisations such as the MFWA, which have yielded results. However, the MFWA reiterates its position that the journalists should not have been imprisoned in the first place, given that Guinea has decriminalised defamation. We call on the Minister of Justice to take steps to prevent criminal prosecution of journalists for slander and libel.