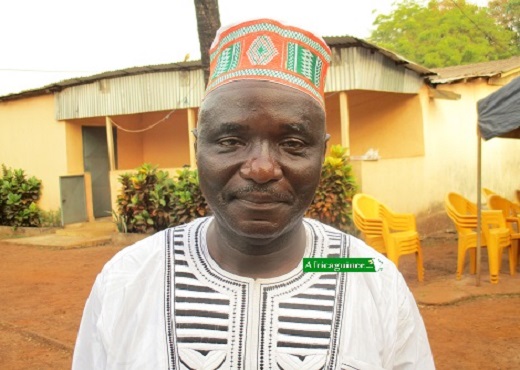 The Guinean authorities have barred a group of journalists from holding a march in support of their detained colleague, Amadou Diouldé Diallo.

Expressing their disappointment, the journalists argue that the offence of which Mr. Diouldé is accused was committed through the press and therefore falls within the scope of Law L002 on freedom of the press. According to this law, press offences are decriminalised in Guinea.

The group of journalists had previously submitted a letter to the city authorities of Kaloum to apply for a permit. But at the last minute on March 30, 2021, the Administration banned the march, with the vice mayor citing the prevailing health emergency. Abdoul Malick, spokesperson for the group, told MFWA by phone that “It is an illegal ban. But, given the environment, we will comply.” He added that the group plans to hold a virtual march to mark the day.

Banned from marching in Conakry, the journalists gathered at the Maison de la presse the following day to read a statement that was meant to be delivered to the Minister of Justice if the demonstration had been authorised.

As a reminder, the journalist and historian Amadou Diouldé Diallo was charged on March 1, 2021, for “insulting the head of state and defamation”. Placed under a committal order, he has been held since that date at the Central Prison of Conakry.

“Assuming that Mr. Diallo is found guilty of offending the head of state, he could only be sentenced to a fine ranging from 1 to 5 million Gnf, according to Article 105 of the Law on freedom of the press. However, in order to circumvent the strict application of the law, the Guinean judiciary decided to put him in pre-trial detention for an unknown period of time”, the group protested in a statement at the virtual demonstration.

“History will remember that the municipal authorities of Kaloum have been complicit not only in the violation of the Constitution that allows us to hold demonstrations, but also in the attempt to muzzle the press in our country,” the statement continued.

Affirming that the Guinean press is in danger, the Collective in support of Amadou Diouldé Diallo invited all journalists, professional media associations, civil society organisations and human rights NGOs to denounce the violation of Law L002 on press freedom in Guinea.

The Media Foundation for West Africa is deeply concerned about the detention of Amadou Diouldé Diallo and joins the media fraternity in Guinea in calling for his release.  We maintain that Diallo should not be imprisoned for what he said on the radio, as press offences are decriminalised in Guinea.