Journalists woken to the true power of smartphones in modern reporting 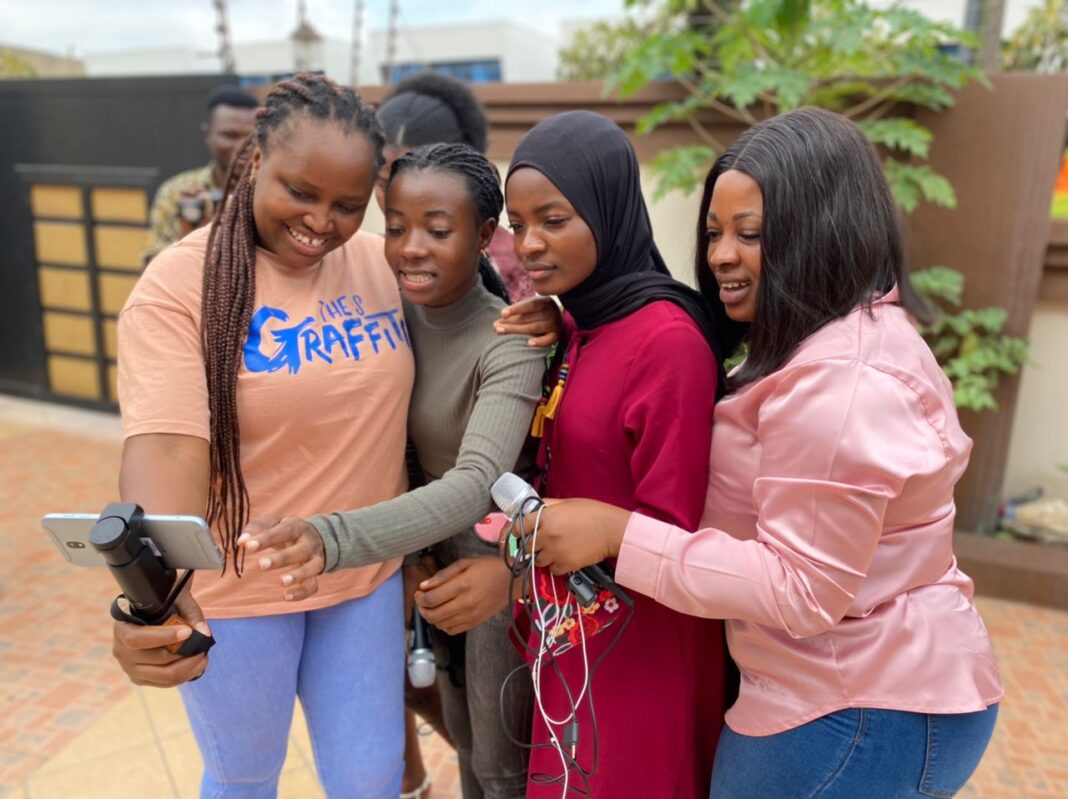 On October 5, 2020, Sierra Leonean broadcast journalist, Victor Jones, walked into a story he could not capture.

He was constrained to just watch on after he had called the newsroom.

And then, the scenes came to pass and then disappeared.

A mob of political supporters protesting in the heart of Freetown over the invitation of the former president, Dr. Ernest Bai Koroma, by the country’s Anti-Corruption Commission for questioning, had also given itself permission to loot shops and snatch money bags and mobile phones.

“Although I saw how everything unfolded, I couldn’t capture it because I didn’t have a DSLR camera with me,” Victor recalled.

Close to two years down the line, Victor joined the Next Generation Investigative Journalism (NGIJ) fellowship of the Media Foundation for West Africa (MFWA) and learned a very simple but valuable lesson about the handiness of a smartphone.

The introductory class on Mobile Journalism made him wish he had met the MFWA before that missed story encounter of October 5, 2020.

His mobile phone could have captured the story.

The mobile phone has become an integral part of modern society, an extension of the human personality. From serving the purposes of voice telephony to text-based communication, the mobile phone has connected friends and loved ones.

With the emergence of the internet and advancement in technology, mobile phones have evolved rapidly, becoming more complex, multi-platform delivery systems for digital media production and data transfers. Its special features such as still and video camera recording capabilities, multimedia file swapping, global positioning satellite reception, and many other downloadable and upgradeable software applications have made the mobile phone a one-stop-shop for communication.

In modern journalism, media houses and reporters have come to rely on mobile phones to cover news and tell stories, in response to consumers’ need and crave for real-time news – mobile phones are helping media organizations to meet the demand for fast news.  In the case of investigative journalists, the mobile phone has become even more imperative.  They do not have to move with a whole crew just to record, edit and publish stories. With just their handsets, they are good to go.

In Africa where technology deficit plagues everything including media output, mobile journalism provides opportunity for journalists to move with the times. It is for this reason that the Media Foundation for West Africa, as part of the curriculum of the Next Generation Investigative Journalism (NGIJ) fellowship, incorporated mobile journalism in the curriculum as an essential skill for its 13 fellows.

From August 25 to 26, 2022, the fellows selected from Ghana, Liberia and Sierra Leone had their first bite at the concept. On the first day, they learnt how to create and edit photos, videos, audios and graphics on their mobile phones. They were also taught how to gather, edit, and distribute their stories using their smartphones.

Then the underutilized capabilities of their mobile phones dawned on them.

Marian Bangura, an early-career journalist from Sierra Leone, was fascinated by the experience.

“I was amazed to learn that I do not need an entire crew, like the camera operator, video editor, etc. to produce a video. With just my smartphone, all that can be done,” Marian said.

Emma Kloh Forgbe, a fellow from Liberia, shared similar sentiments. For her, the fact that she could edit her audios right on the phone was enough to hook her onto mobile journalism.

“I did not know that I could do my own audio editing with my phone using an app just like on the computer”.

On day two of the training, the fellows put their newly acquired skills to test. They recorded, edited videos and inserted voiceovers which went into stories that they produced using their smartphones.

For some of the fellows, but for the training on mobile journalism, they would not have known the use of some of the Apps on their phones.

The two-day training on mobile journalism forms part of the five-month NGIJ fellowship program by the Media Foundation for West Africa to arm young and early career journalists with practical knowledge on the fundamentals of journalism, particularly, investigative reporting.

Under the Fellowship, the fellows will be hosted in Ghana for a comprehensive five-month mentorship with Fact-Check Ghana and The Fourth Estate, both being MFWA’s public interest and accountability journalism projects made up of seasoned journalists. They will receive intensive practical training to build aptitude for critical, high-quality, fact-based and in-depth reporting towards improving lives and promoting good governance through journalistic excellence.

Fellows will also be supported to produce compelling investigative and/or fact-checking reports. Each Fellow will deliver at least one significant report by the end of the training and will receive a Certificate of Honour upon successful completion of the fellowship.