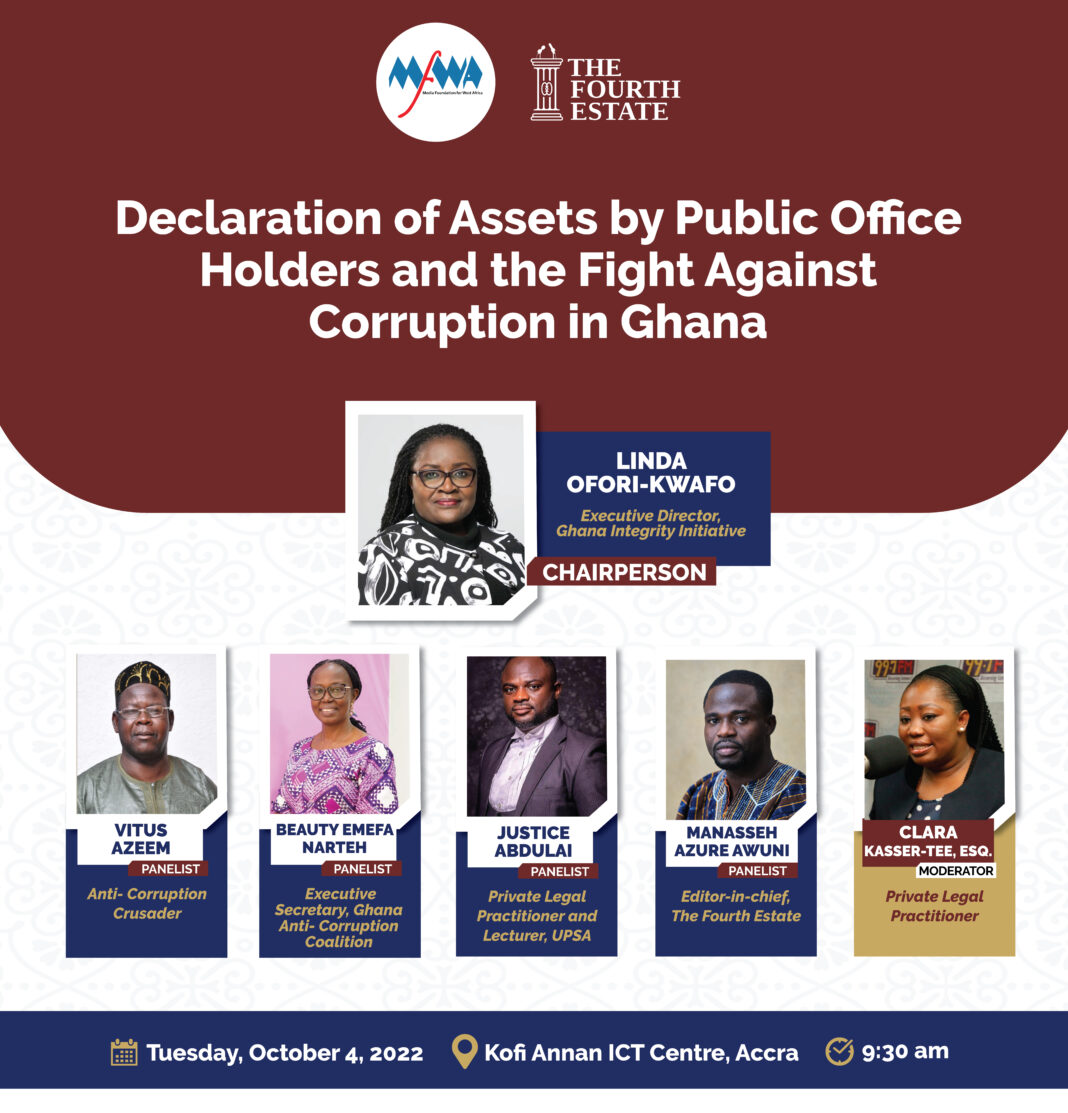 The Media Foundation for West Africa (MFWA) is organising a public forum on Ghana’s asset declaration regime in a renewed effort to provoke conversation around existing loopholes in relevant laws and how to tighten them up.

The ‘Public Forum on Declaration of Assets by Public Office Holders and the Fight Against Corruption in Ghana,’ is slated for the 4th of October, 2022 and will be held at the Kofi Annan ICT Center in Accra.

It is, among other things, expected to bring together stakeholders to take another critical look at the two legal instruments that regulate asset declaration in Ghana – Article 286 and Act 550 – and make recommendations on how to improve them.

These laws have been criticized for being opaque and unconforming to international standards, particularly in terms of the verification and publication of assets and liabilities public officeholders declare.

Anti-corruption campaigners believe the repealed Provisional National Defence Council (PNDC) Law 280 which regulated asset declaration during the PNDC era and part of the Rawlings civilian administration was much more transparent than the current laws.

The forum will be held under the theme: Declaration of Assets by Public Office Holders and the Fight Against Corruption in Ghana.

Participants will include anti-corruption campaigners, legal experts, CSOs, public/state institutions such as CHRAJ, the Audit Service, Parliament, Attorney-General’s Department and the media. They will deliberate on the current state of Ghana’s Asset Declaration Law and what needs to be improved.

As part of the discussions, issues that have been thrown up by recent investigative reports on asset declaration in Ghana by The Fourth Estate, a journalism project of the MFWA, will be discussed.

The forum will also present a detailed report of The Fourth Estate’s findings on the state of compliance with the law by public office holders.