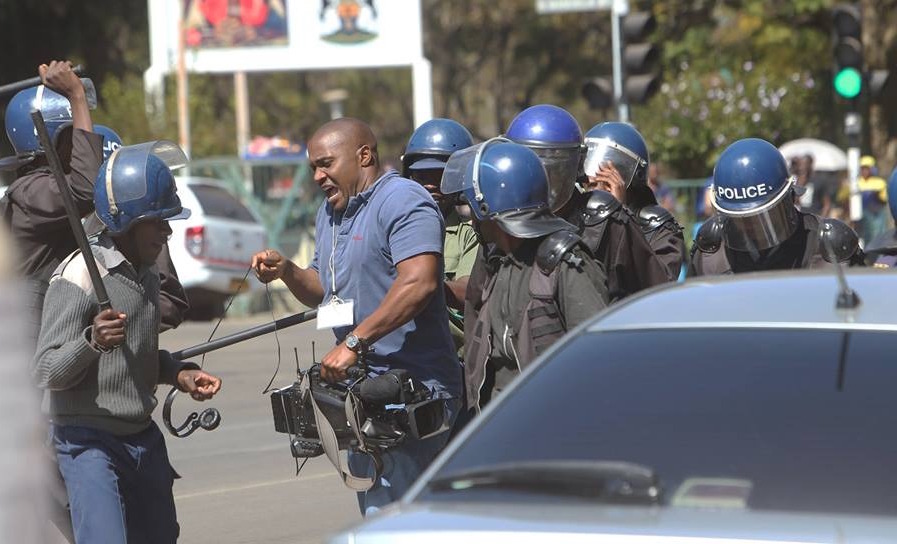 In the context of an aggravating safety of journalists situation in Ghana, our Programme Manager for Freedom of Expression, Vivian Affoah, discusses with the World Politics Review the recent murder of investigative journalist Ahmed Hussein-Suale and the continuous threats of violence, intimidation, and harassment journalists face in line with their work in Ghana.

The first documented slaying of a journalist this year took place in Ghana when Ahmed Hussein-Suale, a member of the highly regarded investigative outlet Tiger Eye P.I., was gunned down near his family home in Accra on Jan. 16. Police believe he was assassinated for his journalistic work. In an interview with WPR, Vivian Affoah, a program manager at the Media Foundation for West Africa in Accra, discusses Hussein-Suale’s case, the obstacles that Ghanaian journalists face in their work and the evolution of Ghana’s media landscape.

World Politics Review: Why was Ahmed Hussein-Suale threatened and targeted? Has the subsequent police investigation revealed any clues about who might have been behind his killing?

Vivian Affoah: Tiger Eye has made a lot of enemies over the years, due to its work exposing corrupt deals at Ghana’s sea ports, passport office and the Driver and Vehicles Licensing Authority. Its journalists have also uncovered security agencies’ abetment of cocoa smuggling and illegal mining. Given that track record, it is to be expected that anyone involved with Tiger Eye or associated with its leader, Anas Aremeyaw Anas, could be targeted for attacks. That is why all members of the team keep a low profile.

Hussein-Suale began receiving many threats when Kennedy Agyapong, a member of Ghana’s Parliament, revealed his identity to the public last year. Agyapong was upset with the undercover methods Tiger Eye used in its most recent investigation, which exposed extensive corruption in Ghanaian football and prompted the dissolution of the Ghanaian Football Association. Agyapong used his own TV station to unmask Hussein-Suale and even incite violence against him. Many of Hussein-Suale’s neighbours, friends and relatives did not know he was part of the Tiger Eye team, but once exposed, he became a target for retaliation by subjects of Tiger Eye’s coverage.

The police investigation is ongoing, and while there have been some preliminary arrests, no clues have emerged publicly concerning who might have been behind his killing.

WPR: Do Ghanaian reporters often deal with threats of violence, intimidation or harassment? If not, what are the primary obstacles they face in their work?

Affoah: Despite relatively robust legal protections, journalists in Ghana do sometimes face physical violence, mostly from overzealous security officers and during public gatherings like political rallies, demonstrations and sporting events. Political party activists, government officials and even sports club supporters threaten or attack journalists they perceive to be biased against them. There have also been instances in which journalists and media outlets were physically attacked by individuals during radio programs or for publishing material deemed embarrassing and offensive to a religious group, ethnicity or tribe.

Other major obstacles journalists face in their work include limited training and poor remuneration. Ghana’s media sector has been invaded by untrained and half-baked journalists, and many radio stations, especially those broadcasting in the local languages, have become breeding grounds for amateurs with no regard for ethics and professionalism. The proliferation of these unprofessional media organizations has led to dwindling public support for the media.

WPR: How would you describe the media landscape in Ghana? What institutional or legal measures can be taken to create a positive environment for independent journalism?

Affoah: Independent journalism is a key feature of Ghana’s democratic culture. There is a plethora of privately owned media organizations that have absolute editorial independence, including outlets that have an explicit political orientation. The constitutionally enshrined right to freedom of the press is largely respected in practice, and officials in both the national and state governments generally have a tolerant attitude toward divergent editorial opinions and critical coverage of their activities.

A major milestone for Ghana’s media came in 2001, when the government decriminalized libel, creating a freer and more open atmosphere for journalists. The passage of the Right to Information Bill, which is currently under consideration in Parliament, would be a further positive step toward improving the environment for freedom of expression. It would also enhance media organizations’ ability to pursue investigative projects.

At the same time, physical attacks against journalists by both state and nonstate actors, like the one against Hussein-Suale, continue to pose a threat. One way to prevent such attacks from recurring and ensure journalists’ safety is to foster communication between the press and law enforcement. To this end, the Media Foundation for West Africa works with media associations and the Ghana Police Service to organize forums where media representatives and law enforcement officials can discuss ways to improve relations, strengthen journalists’ safety and end impunity for crimes against journalists.

There is also a need for capacity-building to enable journalists to deliver high-quality work, particularly in the areas of anti-corruption and public service accountability. This is especially important because most media outlets in Ghana do not train journalists on their own. Capacity-building would help media organizations to become financially sustainable, too, in a business environment that is growing increasingly competitive and difficult.