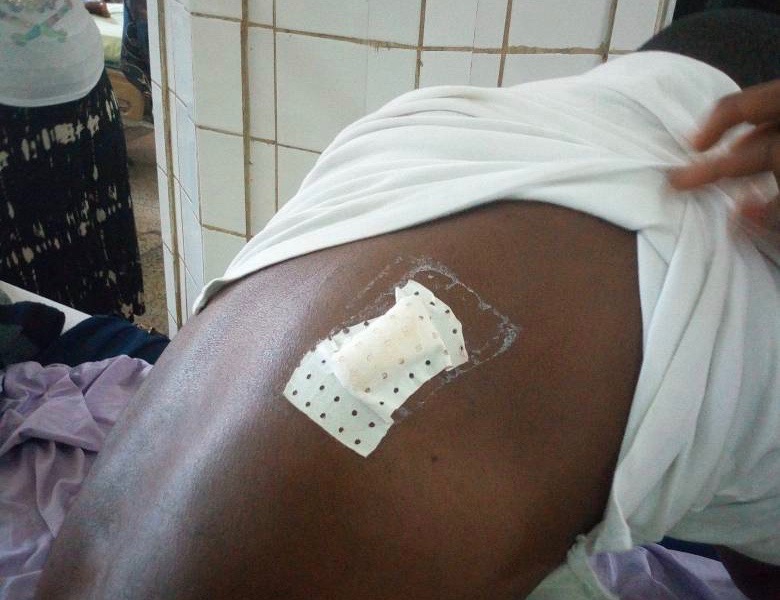 A Sierra Leonean journalist is in critical condition at the hospital after he was stabbed repeatedly in an attack by political party supporters on October 11, 2017.

Musa Sesay, a journalist working with The Exclusive Newspaper, went to the Headquarters of the Sierra Leone People’s Party (SLPP) in Freetown to cover a procession in support of former military leader, Julius Maada Bio who had declared his intention to enter the party’s flag bearer contest for next year’s presidential elections.

The MFWA correspondent reports that the journalist had just left the SLPP Head Office when he was attacked and stabbed several times by SLPP supporters along Howe Street and is receiving treatment at the Connaught Hospital in Freetown.

“This is irresponsible and totally unacceptable behaviour,” SLAJ President Kelvin Lewis was quoted as saying in a statement issued on October 13, 2017.

“The SLPP must do more to control its membership and avoid such violent clashes which have the propensity to derail the peaceful conduct of the 2018 elections,” the statement added.

The statement signed by SLAJ Secretary General, Ahmed Sahid Nasralla, said “political parties (politicians) that cannot guarantee the safety and security of media practitioners during their events DO NOT deserve coverage in our newspapers, radios and television stations.”

The MFWA joins the SLAJ to condemn the assault on Sesay and to appeal to the Sierra Leone Police to be proactive in policing political events, and also ensure the safety and security of all journalists.

We further call for a thorough investigation into the attack and the prosecution of the perpetrators.