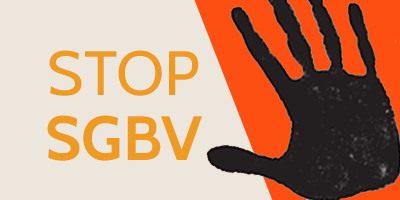 Fouzia Tua Alhassan is a Programme Associate under the Media and Good Governance Programme at the Media Foundation for West Africa.

The recent trends of media professionalism have become relevant particularly in a society where there is continuous unequal and unjust treatment of men and women. The evolving nature of the world and its interconnectedness makes it relevant to practice journalism that meets international standards to ensure we promote good media reportage and media development across the continent.

Over the last five years, there have been efforts in West African media in reporting cases of sexual and gender-based violence (SGBV). Most of the time, these cases are perpetrated by men who abuse women physically, sexually and verbally. How does the media report these issues? Are you taking time to recount the cases reported on radio, television, newspapers and the online space? This has been an issue of concern to many activists and there is the need to have a conversation regarding this issue. In the recent #SexForGrades scandal, a lot abuse was done to perpetrate violence as a matter of human right violation. In the case of Ghana, a lecturer is accused of assaulting students and pursuing them for grades which is a clear incident of abuse of power to demand for favours. The media, in the quest to report this unfortunate incident, creates a platform for the accused to defend his actions before even getting the findings of the committee established by the university to investigate the matter. This report should have first analysed the power dynamics and how it was used negatively.

There have also been instances were issues of rape is reported by some of our local media houses and the jokes attached to this reportage is unpardonable. In some cases, the sensationalism in headlines alone is a deterrent to people particularly for women who have suffered judgement and unfair treatment for reporting cases of abuse. It is important to recognise that, issues of SGBV is a violation of human rights and needs to be treated with urgency.

The media remains a mouthpiece of the people and creates a platform for citizens to access information. Depending on the relevance attached to an issue, the public will react accordingly. Can we take a minute as media practitioners and reflect on how we have reported issues of SGBV and how it influences the public to embark on victim blaming?

It is important to recognise that SGBV moves beyond physical violence. Verbal harassment, sexual harassment, rape, defilement, physical abuse and all forms of abuse. It is an issue of international interest and must be treated as such. According to UN Women, SGBV is defined as “any act that is perpetrated against a person’s will and is based on gender norms and unequal power relationships.”

It encompasses threats of violence and coercion. It can be physical, emotional, psychological, or sexual in nature, and can take the form of a denial of resources or access to services. It inflicts harm on women, girls, men and boys.”

The concept of SGBV must be appreciated by relevant stakeholders in the media space. This makes the media role crucial and critical in creating awareness about the issues but also reporting appropriately to the general public.

The MFWA therefore calls for a practical and creative approaches and models in reporting SGBV and it must be integrated in media and journalism training schools. There must be conscious effort to develop models that instinctively triggers questions and empathy towards the victim than the perpetrators. With this sense of responsibility and commitment towards getting justice for victims, the appropriate measures will be rolled up to ensure issues of SGBV are treated with urgency and the necessary action is taken to create a just and fair world for all individuals.

As we join the world to mark the #16DaysOfActivism, it is crucial we get the right people with the right skills, knowledge and attitude to occupy the relevant positions in the media space to create a supportive and safe environment for victims of sexual and gender based violence to report without fear or instigation from the public. This includes having qualified and trained journalists to be more sensitive and empathic towards victims of SGBV.

Restricting Freedom of Association and Assembly during Coronavirus Outbreak: African Governments must be Mindful of Abuse

Guaranteed in articles 20 and 23 of the Universal Declaration of Human Rights, freedom of association and assembly …