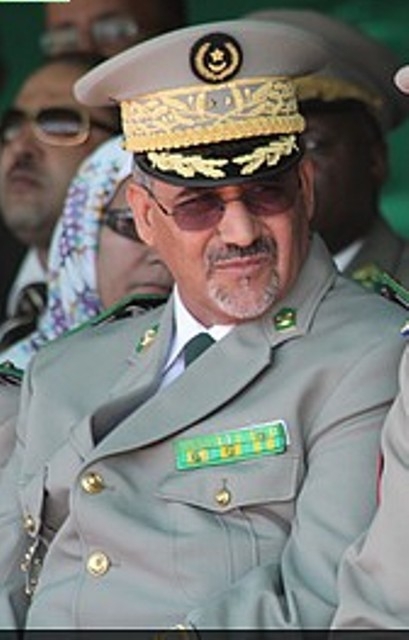 The authorities in Mauritania have expelled a journalist, and a human rights lawyer who were carrying out researching on slavery and racism in the country.

Tiphaine Gosse, a freelance journalist and Marie Foray a lawyer, were deported back to France on May 2, 2017 on accusation of working with organisations that are not recognised by the state – abolotionist movement Initiative pour la Résurgence du Mouvement Abolitionniste (IRA) and black citizenship rights organisation, Touche pas à ma Nationalité! (TPMN).

They however protested that they were in the country at the invitation of the Human Rights Association of Mauritanian (AMDH) and not IRA. Foray said she was invited to the country in October 2016 by the same organisation without any issues.

The ordeal of Marie Foray began on April 28 when the Director General of National Security, Mohamed Ould Meguett, ordered her out of the country while insisting [that “There is no slavery in Mauritania.”

“I was declared persona non grata, and summoned several times to the Office of Territorial Security where I was subjected to psychological harassment ranging from sexist insinuations to threats of imprisonment,” Foray told journalists.

The authorities also refused to renew Foray’s expiring visa and finally ordered her to leave the country on May 2, 2017 together with Gosse, who still had a valid visa. They were threatened with prison terms should they continue to stay in the country. Foray and Gosse consequently left Mauritania on May 2, 2017. The two had been in the country for one month and two weeks.

Slavery is officially criminalised in Mauritania. In August 2015, the country passed a new anti-slavery law which increased the prison term for the practice from ten to 20 years.

In spite of the improved legal framework, the practice continues underground while the government has shown very little commitment to ending it. Instead, it continues to crack down on anti-slavery campaigners. The highly respected anti-slavery organisation, l’IRA, for instance, is not officially recognised, while its président, Biram Dah Abeid, who is admired internationally for his tireless anti-slavery crusade, has always faced harassment, intimidation and imprisonment at the hands of the authorities.

Last year, a court sentenced 13 leaders of IRA to up to 15 years in prison on charges of participating in an unlawful protest against an eviction exercise in an urban slum.

The MFWA condemns the expulsion of Foray and Gosse. We would have expected the government in Mauriatania to welcome the work of the two as contributing to its efforts at highlighting and tackling the phenomenon of slavery in the country.