West AfricaMedia and Good Governance
May 10, 2019 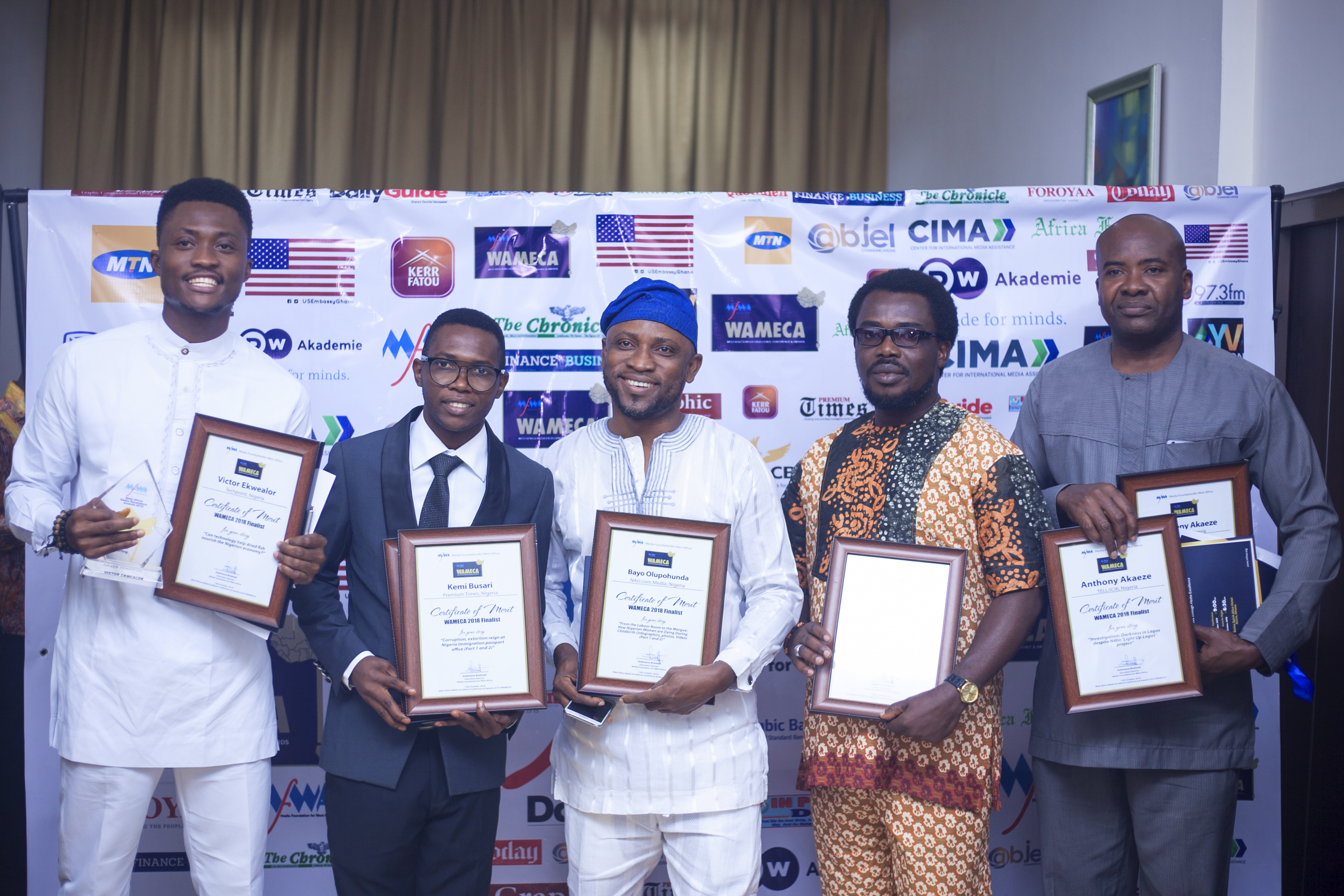 After several reflections on its work of promoting press freedom and media development in West Africa, the Media Foundation for West Africa (MFWA) in 2017 initiated what has now become the biggest and most anticipated journalism event in the region – the West Africa Media Excellence Conference and Awards (WAMECA).

WAMECA’s maiden edition (2017) saw over 500 entries from journalists working in 200 media outlets from across the region. The 2018 edition witnessed nearly 50% increase in the entries received.  Both editions were assessed by a jury of distinguished, experienced and renowned journalists and media experts.

The stories submitted and assessed in the last two editions provide critical pointers of reflection on the state and quality of journalism in West Africa. Below, the MFWA presents seven of such:

In what remains a positive outlook for journalism in West Africa, a good number of the stories entered by journalists in the last two years have considerably reflected the critical issues of development affecting countries in the region. A large chunk of the entries received have focused on health, education, social infrastructure, energy, anti-corruption and other sustainable development goals (SDGs)—the same are the major issues of development across the region. If journalism must highlight the prevalent issues of society and lead the way to provide solutions, then here is a glimmer of hope for the West Africa region.

Stories that seek to make great impact in society must tackle issues that are relevant to many people. Isolated and anecdotal reports even when told well do not elicit great impact because not many audience may identify or connect with them. In the two editions WAMECA, many great entries have failed to make the cut because journalists fail to connect their otherwise good stories to the bigger issues of society. Many entries fail to demonstrate why the stories should matter to an audience who may not be immediately affected by the reports. Journalists must frequently ask about their reports “what’s the big picture?” “Out of the many stories calling for attention, why should this report matter?”

In what seems to be a general challenge to journalism in the region, many journalists appear to be comfortable with the routine, repetitive covering of events and incidents rather than doing enterprising stories that would pry beyond the easy and obvious sources to gather critical information. Indeed, practicing enterprising journalism would request more efforts, time and resources, but they are the reports that mostly bring impact to society. Many entries over the last two years have worryingly failed to show the inventiveness and the industrious quality that digs beyond the surface of merely reported accounts. Nonetheless, the few that show the enterprising quality are able to bring out very compelling evidence that provoke national discourse.

The WAMECA Jury have continuously bemoaned the seeming absence of the hands of editors in the work of reporters. Stories that can be told in fewer lines or shorter time are sometimes unnecessarily long, winding and difficult to follow, despite journalists having very important stories to tell.

“There isn’t much editing going on or you can’t feel the presence of editors. I was expecting many entries to be short, but many entries, almost all the entries, are much longer than I expected and unnecessarily so. You have two pages where a page could have told the story.”  -Ms. Elizabeth Ohene, former Senior Producer of the BBC World Service and Editor of the Focus on Africa Programme, who has been a member of the jury since 2017.

The data from the entries for the WAMECA in the last two years show comparatively very low entries from women. Out of 32 journalists who have been shortlisted as finalists for the awards in the last two years, only 3 of them are women. Subsequently only one woman, Sheila Williams of the Business Day in Ghana, has proceeded to emerge winner for the awards. In the 2018 edition, no woman won an award. The data paints a picture of the gendered state of the practice of independent and critical journalism in Africa. The perspectives of female journalists are crucial for driving a balanced development in West Africa.

On a rather positive note however, there appears to be a boost of independent and critical journalism in the Gambia following the end of the Yayha Jammeh regime. WAMECA has received significant number of entries from journalists in The Gambia. There have been about 45% increase of entries from journalists in The Gambia with many of the stories providing hope for quality journalism in the future.

In the two years that WAMECA has been held, it has been observed that there is very little collaboration or partnership among journalists from different countries in the region. Almost all stories received in the two editions of WAMECA are reports by journalists about issues in their country of residence. Meanwhile, there are many stories whose impact extend beyond the borders of one country that journalists in the region can collaborate to report. Some of these stories include reports on trade and economic issues, migration, corruption and ECOWAS issues.  In view of this challenge, the MFWA has created the West Africa Network of Investigative Journalist (WANIJ) to provide a platform for journalists in the region to work together.

The MFWA will open the call for entries for the 2019 edition of the West Africa Media Excellence Conference and Awards (WAMECA) on May 2. The final awards event is slated for October 19, 2019.