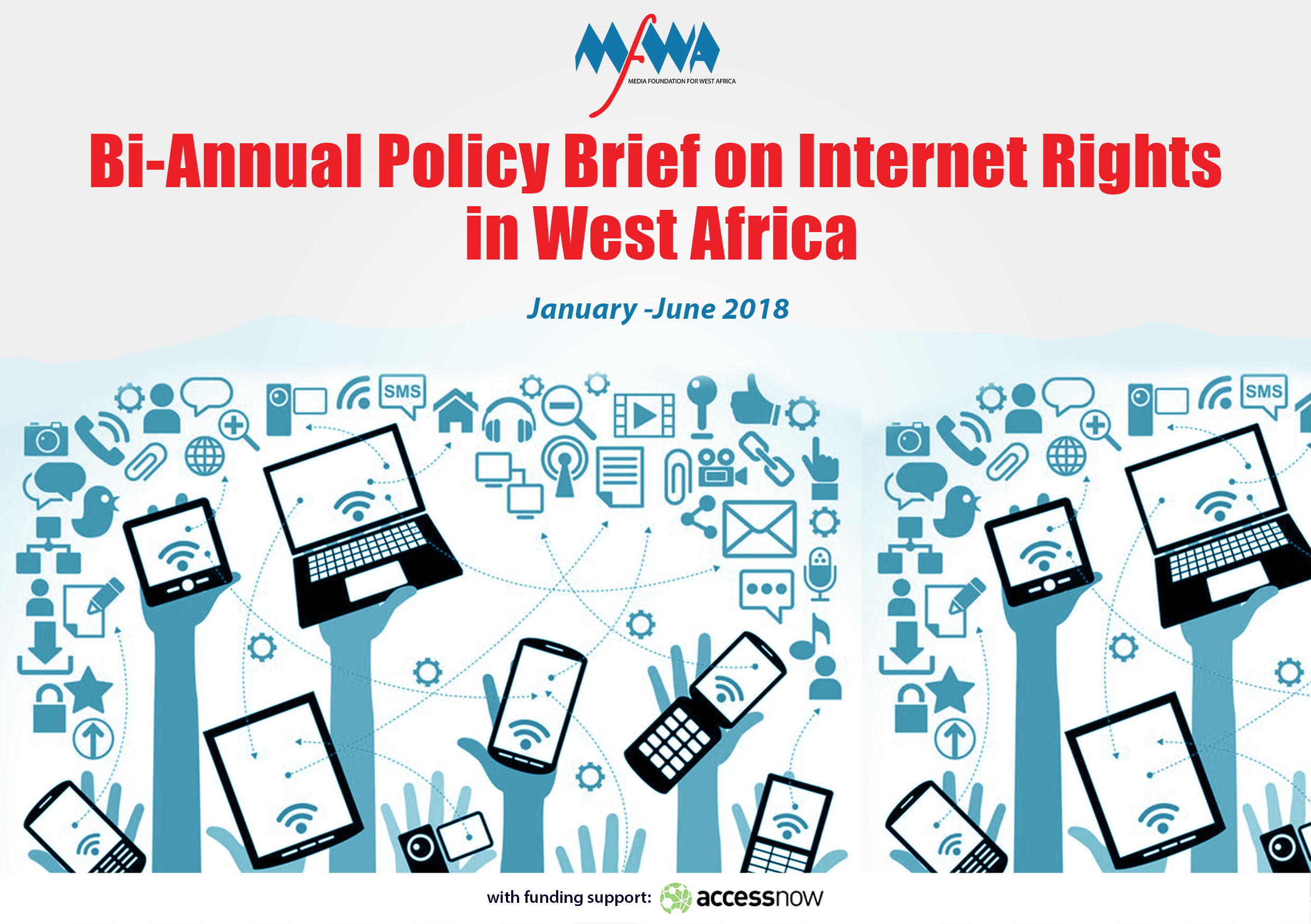 The Media Foundation for West Africa’s (MFWA’s) bi-annual policy brief on Internet rights in West Africa has shown that arrests and detentions are the major violations perpetrated against online expression in the region.

Specifically, in Burkina Faso, an activist was arrested for criticising a National Gendarmerie on Facebook while in Mali, three journalists working with a news website were arrested for alleged blackmail.

In the case of Guinea, the editor of a news website was arrested and detained following a defamatory compliant made over an article he wrote. Similarly, in Nigeria, two officials of an online newspaper were arrested for publishing an alleged defamatory article about the country’s Inspector General of Police.

A Senegalese was also arrested and accused of using social media to defame and insult state officials in Senegal.

Aside the arrests and detentions, the policy brief also observed other forms of violations against online expression which includes social media blackout and network disruptions, and media outlet shutdowns and bans.

The policy brief also highlighted emerging issues in the digital rights environment in West Africa with specific recommendations to national, regional and international bodies in the region.

The monitoring of Internet-related developments and the production of the bi-annual policy brief form part of MFWA’s project, Enhancing Freedom of Expression Online in West Africa through Policy Advocacy and Campaigns Against Online Rights Violations, which is carried out with funding support from Access Now.