Burkina FasoSafety of Journalists
May 30, 2022 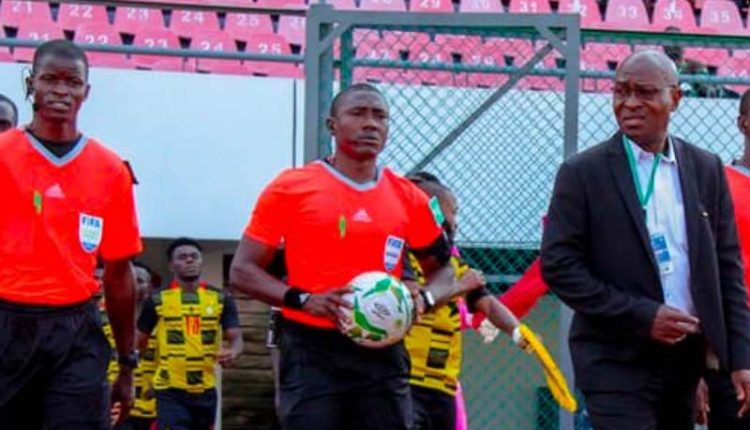 The Media Foundation for West Africa (MWA) condemns the death threat on Besséri Ouattara, a sports journalist of L’Express du Faso in the city of Banfora, and calls on the Burkinabe authorities to bring the perpetrator to book.

On May 24, 2022, Besséri Ouattara, a sports journalist with L’Express du Faso daily based in the town of Banfora (capital of the Cascades region in southwestern Burkina Faso) received a death threat around 3 pm in. the afternoon. The threats are reported to have been issued by a local sports official, Brahima Traoré, also known by the nickname “AECO.”

“You either leave the city or I will kill you. If I don’t manage to kill you, I’ll take your name somewhere,” Besséri Ouattara told the MFWA, recalling the telephone conversation he had with Brahima Traoré on  May 24.

The threat stemmed from a report alleging that the players of the Union Sportive de la Comoé (USCO) had refused to play in the national cup semi-final because of unpaid salaries and bonuses. AECO accused the journalist of being the author of this information that was spread on the web. However, the journalist maintained that he had not written any article on the subject.

Brahima Traoré and Besséri Ouattara met earlier the same day at a USCO centre in Banfora. The journalist, who was passing by, saw the team’s bus stationed in front of the centre, while the players had a match the following day in Ouagadougou. The curious journalist tried to find out what was going on. However, he could not find anyone to interview. On leaving, he ran into Brahima Traoré, whom he greeted without exchanging any further words.

A few hours later, AECO called Mr. Ouattara to express his dissatisfaction with an article that he accused the journalist of having written.  The sports official threatened to kill the reporter and warned him to leave Banfora before he returned from Ouagadougou with the football team.

“He called me to tell me that he had seen what had been written on the web and that in reality people were not happy with me, and that, in the first place, he was not happy. He told me that that this was going to cost me dearly. I told him that it’s not me. He told me that no one has entered the team’s premises but me,” Besséri Ouattara told the MFWA in a telephone conversation.

“The professional media organisations signatory to this letter condemn the death threat against Besséri Ouattara and the ultimatum given to him,” the OPM said in their statement.

The MFWA is extremely concerned about the threat against Ouattara and calls on the Burkinabe authorities to bring the sports official to book. We also call for adequate protection for the journalist. Iot is quite worrying that the safety of journalists in Burkina Faso is deteriorating.

On May 19, 2022, a security guard assaulted BF1 TV journalist Luc Pagbelguem and threw him on the ground. The assault on the journalist took place at the Centre for Economic and Social Policy Analysis (CAPES) during a ceremony organized to celebrate the 20th anniversary of CAPES.

On May 14, 2022,  Kémi Séba, activist and president of the NGO Urgences Panafricanistes, expelled Fanny Noaro-Kabré, a journalist with TV5 Monde, from a meeting in Ouagadougou. Fanny, who had obtained permission to cover the event, was expelled on the grounds that the French media were not making a positive contribution to the fight against neo-colonialism.

We urge the authorities to work with all stakeholders to preserve press freedom in Burkina Faso.