On February 24, 2019, Senegal, one of Africa’s poster child of stable democracy, will head to the polls to elect its president out of a possible 80 aspirants, including the incumbent President Macky Sall.

The 2019 polls, which will be the 11th Presidential elections after the country gained independence in 1960, bring into focus a gamut of issues relating to electoral accountability and transparency, freedom of expression violations, a seeming threat of a social media ban, and a grave concern of a conceivable civil unrest owing to a new electoral code on sponsorship for presidential candidates.

Ahead of the polls, the Media Foundation for West Africa examines these critical issues and their possible impact on the elections.

The government, ahead of the elections, has introduced a new electoral code on sponsorship for candidates. The new law, No. 2018-22 of 4 July 2018, requests candidates for the presidential election to gather a minimum of 52,000 signatures, which represents 0.8% of the registered voters, from at least seven regions in the country. Further, an eligible voter is able to sponsor only one candidate.

The law has created widespread controversy and resulted in many protests in the capital city, Dakar, and other major cities.  While the opposition indicates the reform is an intentional tool by the incumbent to prevent other candidates from running, the government insists it is necessary in simplifying the “electoral process and reducing state costs”.  The new law has raised concerns among many political commentators who are predicting a possible civil unrest during the elections.

On the management of the elections, the opposition had also raised doubts about the neutrality of the Minister of the Interior responsible for organising the elections, resulting in an audit of the voters’ registration list. Nonetheless, independent group of experts recruited by the government to audit the list indicated the register is reliable.

That notwithstanding, the suspicion of the opposition remains unabated as they prepare for the official campaigns for the elections starting from February 3-22, 2018, two days clear of the elections.

The Media and Public Discourse ahead of the Elections

Senegal has a diverse media landscape with a good mix of both private and state-owned outlets that allow the media to play the role of watchdogs and gatekeepers. Thus, while there are state-run media in all the mass media forms—radio, TV, newspapers and online—like La Soliel (newspaper), Radio diffusion Television Senegalese (TV), RTS (radio) and Agence de Presse Senegalaise (online news agency), the private media dominates. Radio remains an influential medium with many commercial and community stations springing up.

It’s been a politically heightened media landscape ahead of the elections. The traditional or mainstream media – television, radio, print – has been active, reflecting the highly political atmosphere in the country in preparation for the polls. There has been an increased coverage of electoral processes and topical issues on politics and propositions by the various candidates. Citizens are also participating in public discourse through radio and TV discussions, phone-ins, townhall meetings and general community engagements.

The incumbent President Macky Sall, no doubt, is gaining a large chunk of the coverage/reports especially on the state-run media. Some of the private-owned media who are politically aligned have also increased their campaigns and reportage with slants that tend to favour their owners. Some of the private non-aligned media outlets are however keeping the watchdog roles of the media, especially in verifying and fact-checking the claims of candidates.

Despite the heightened media atmosphere, the public discourse in mainstream media has been characterised by minimal incidents of indecent language/expressions – verbal attacks, fabrications, isolated altercations, and intensified verbal exchanges. Largely, the media landscape has been committed to ethical standards, and this may be owing to the passing of the new press code in 2017.

Given the crucial role the media plays in the elections, there have been institutions, both private and public, who have been offering training and sensitisation interventions to equip the media houses to improve on the professionalism in reporting the elections.

The National Council for the Regulation of the Audiovisual (CNRA), the institution mandated to ensure compliance of the public media during the election campaigns for instance on November 28, 2018, organised a day of sensitisation and knowledge sharing for journalists.

Social media and the threat of a possible Ban

Social media has no doubt become a positive enabler of public discourse around the elections. Citizens, activists, political parties in these spaces are interacting, sharing information, providing feedback and engaging in political debates. It has also provided a safe space for people to vent their frustrations and anger at either the incumbent, opposition or other candidates ahead of the polls. 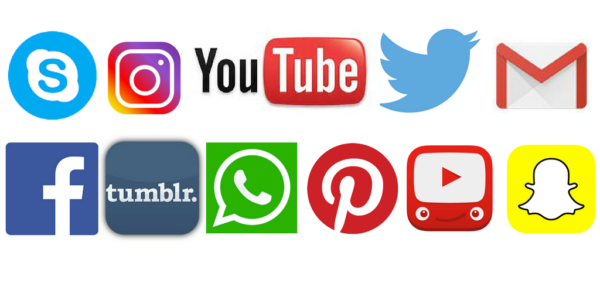 There are concerns however that public discourse in social media at this time, is  characterised by somewhat excessive use of indecent language – verbal attacks, insults and more vitriolic discourse–among activists and actors, a trend that must be checked.

Senegal’s National Assembly on November 28, 2018 passed into law a new controversial draft bill on electronic communications which has been denounced by many consumer organisations and internet users. They bemoan the law gives the government power to control free speech and introduces restriction of mobile telecommunications applications. Article 27 of the law, for instance, reads:

“The regulatory authority can authorize or enforce any data management measure it deems necessary to notably preserve competition in the electronic telecommunications sector and ensure the impartial treatment of similar services.”

The government communications have presented the new law as an instrument to fight against abuses on the Internet, “fake news” and misinformation. The Minister of Communication, Abdoulaye Bibi Baldé, has maintained the law is innocuous and only suffers a problem of interpretation, but a group of consumer organisations in a press statement is reported to have labelled the law a “freedom-destroying law”.

“It allows the post and telecommunications authority and operators the possibility to block, slow down, filter, tax or monitor access to WhatsApp and other online applications to preserve mobile telephony operators’ interests,” the group’s statement said.

The Senegalese Association of ICT Users (ASUTIC) have also labelled the law a legal framework the government has set up to censor the internet ahead of the February 2019 elections.

“From now on, the transparency of the presidential election is threatened and the Internet becomes a political weapon at the service of the authorities. All in danger, political opponents, civil society organizations, whistle-blowers, journalists, etc.,” a statement by the ASUTIC lamented.

So will social media be banned ahead or during the 2019 elections? We can only wait and see.

Owing to protests by citizens on the new electoral code, the government banned protests or any form of collective action against the law in the capital city. There have been many cases of brutal force used by the police to disperse opposition leaders and heads of civil society organisations in protests, amidst arrests and detentions.

Indeed an opposition leader, Barthelemy Dias, was recently sentenced to six months in prison with a charge of contempt because he questioned a court ruling in relation to the jailing of Khalifa Sall, the Mayor of Dakar and President Macky Sall’s foremost contender in the upcoming elections.

These present a very worrying situation of free expression setbacks that can further offset agitations and violent protests during the elections.

Even though public discourse on the mainstream media is characterised by moderate indecent language use, there still exist an urgent need to build the capacity of journalists especially on electoral laws and processes to curb issues of misinformation that can result in very dire consequences.

The media also need to be trained particularly on peace journalism because of the widespread protests that have already preceded the elections. Likewise, citizens must also be sensitised on civil rights and peaceful actions, and conducts during and after the elections.

Elections in Africa often present opportunities for governments to violate freedom of expression of citizens, specifically internet/digital rights. The possibility is more obvious in Senegal giving that the government already has the legal tool to ensure an enforcement. Also, elections also call into light the safety of journalists. In a heightened atmosphere sometimes characterised with agitations and disappointments, journalists who are reporting the news can become the object of violent attacks.

Press freedom, media development, civic participation and human right organisations must step in therefore to provide support to Senegal’s media and citizens whilst keeping the government in check to ensure a successful elections.