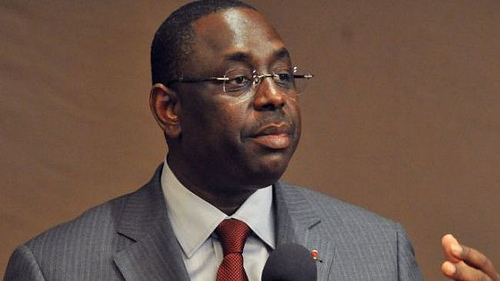 After years of back-and-forth over the process of media law reforms in Senegal, the country’s Parliament on June 20, 2017, passed a new press code to regulate the practice of journalism and operations of media organisations.

In 2005, former President Abdoulaye Wade appeared to have taken a giant step towards redeeming his electoral promise to give Senegal a new press code when Parliament approved a press bill submitted by his cabinet. However, large sections of the provision were vehemently rejected by the media and civil society as repressive and ill-conceived, forcing the government to backtrack.

The new code made up of 62 pages and 233 articles has been generally welcomed as a positive development in terms of its function. However, it has also  drawn very strong criticisms from many quarters which say it retains the repressive elements of the previous abortive bill.

Until now, the closure of a media outlet by a public authority was subject to authorisation by a judge. This new provision is, therefore a major regression for press freedom, especially because “national security” is a notoriously vague term which is susceptible to subjective interpretations.

“‘No to the repression of press freedom through the use of the catch-all term ‘national security’. What will be the role of the judge, the ARTP and CNRA [Post and telecommunications and audiovisual broadcasting regulator respectively] if governors, prefects and deputy prefects have the power, henceforth, to shut down media houses?”, protested Boubacar Boly, Communications Director for Convention des Jeunes Reporters du Senegal (CJRS), an association of reporters and national partners organisation of the MFWA.

If the provisions of article 192 caused a lot of consternation, those of articles 224 and 225 provoked the most passionate debate in view of their potential to cripple press freedom. The two prescribe stiffer prison terms and fines for press offenses, in what has turned out to be the biggest disappointment over the new press code. It is all the more frustrating for the numerous media professionals, civil society organisations and human rights activists who campaigned to get press offenses, especially criminal libel, repealed. For them, it is case of being shoved from the frying pan of the previous law to the raging fire of the new code.

“We have moved from a maximum penalty of three years to five years in prison, and, with regards to fines, from 5 million CFA Francs to 30 million. It is a real Sword of Damocles hanging over the head of every journalist and media enterprise,” bemoaned, Mamadou Ibra Kane, President of the Coordination des associations de la presse, an umbrella body for press houses, speaking to French magazine, Jeune Afrique.

“It is a repressive press code; 52 of its 233 articles are dedicated to sanctions. The consensus has been betrayed; the amendments have been ignored; the original text has been tampered with”, Boly of CJRS complained to MFWA’s correspondent.

As if to remedy the heavy penalty prescribed for press offenses, the Code introduces a novelty financial support scheme for the media. The new scheme replaces the previous state subvention with a credit facility enabling media enterprises to secure loans at highly concessionary rates. Together with the formal recognition and regulation of online media, the new financial support scheme is the redeeming feature of the new code.

The MFWA believes the new legal framework to regulate the media in Senegal is a welcome development. We are, however concerned about the repressive portions of the code such as the huge fines and prison terms, as well as the discretionary power that the code grants government agents, including political appointees, to shut down media organisations without having to obtain prior authorisation from the courts, as was the case previously.

Judging by the results of MFWA’s monitoring of the media landscape in West Africa, the media in Senegal has demonstrated relative commitment to ethical and professional standards over the years. It should, consequently, be encouraged to flourish in a more liberal legal environment, rather than stifled with repressive laws which are likely to lead to self-censorship.

We, therefore, urge the authorities to dialogue with the key stakeholders with a view to reviewing the provisions that further restrict press freedom in order to empower the media to play its important role of helping to improve participatory governance, public accountability and to consolidate Senegal’s widely admired democratic culture.