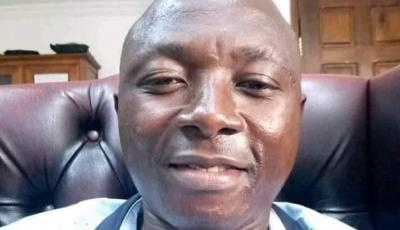 The Media Foundation for West Africa (MFWA) calls on Sierra Leone’s Assistant Inspector General of Police to discontinue the criminal proceedings against the prominent freelance journalist, Mahmud Tim Kargbo. We also urge the authorities in Sierra Leone to take steps to investigate threats against Kargbo and ensure his safety and protection.

The journalist says he still faces threats on his life from politicians, political party supporters who are bent on stopping him from writing and partaking in serious public discourse in the country. Kargbo, who did not name the supporters and politicians threatening him said, he no longer feels safe living in his country, adding that his life is constantly under serious threats by politicians and their stooges.

“Yes, I do receive threats they range from being imprisoned or illegally detained, physical and mental harassment meant to stop me from writing and partaking in serious public discussion. Sometimes even threatening remarks from politicians and their stooges threatening they will teach me a never-to-be-forgotten lesson,’’ he said.

Kargbo spoke to the MFWA’s correspondent in Sierra Leone on April 26, 2021, after he appeared at a Magistrate Court in Freetown in connection with a defamation suit involving him and the Assistant Inspector General of Police, Patrick AT Johnson. The suit stems from a post on Kargbo’s Facebook page about alleged fraud and abuse of power by the Assistant Inspector General of Police in Sierra Leone.

The journalist is charged under Section 3 of Sierra Leone’s Public Order Act, which criminalises threats and other actions proven to have done with the “intent to insult or annoy.” If convicted, he could be imprisoned for up to three months.

The hearing was adjourned to 12 May 2021 because the plaintiff was not in court. It was the third time the police chief had failed to appear in court, a situation Kargbo believes is a deliberate tactic to waste this time and drain him financially and psychologically, a case of Strategic Litigation against Popular Participation (SLAPP)

The case is one of several challenges Mahmud Tim Kargbo has faced over the years in connection with his writings. In September 2019 alone, he was arrested twice and detained by the country’s police after an Appeals Court Judge, Miatta Samba, reported him to the police. This was after Kargbo had published on his Facebook page and in a WhatsApp group a post that criticised Samba’s decision to grant bail to several local politicians.

The freelance journalist said one of the most challenging times in his journalism career was in 2015 when he was arrested on the orders of the former President of Sierra Leone, Ernest Bai Koroma for describing as unconstitutional the president’s removal of his vice President Chief Samuel Sam- Sumana.

Kargbo added that amidst all the threats and harassment he is receiving, what inspires him is his sense of patriotism and his determination to effect positive change that will help move the country forward in a number of tangible ways to get Sierra Leone to work for the good of all nationals.

Like many African countries, Sierra Leone has weak institutions which are exploited by the powerful at the expense of the larger public. Fighting this attitude attracts hostility, according to Kargbo, who laments that attacks on the media are meant to maintain the status quo of weak institutions and strong persons.

“Our democratic institutions are too weak to stand the test of time and can be easily influenced by a select few but very powerful people in our society to oppress voices of reason which they often consider as a threat to their undemocratic actions that hurt the suffering majority,” the journalist observed.

The above view echoes that of a Nigeria Human Rights lawyer,  Oghenejabor Ikimi, about public officials’ hostility towards the media in Nigeria. Speaking to the MFWA in a previous interview, the lawyer observed that;

“Many public officials engage in the act of manipulating our security agencies to harass journalists to settle personal scores in our polity because our institutions are weak. We have strong men and weak institutions.”

Kargbo, who has been a practicing journalist for over 15 years, and has been interrogated, arrested and/or detained over a dozen times in connection with his work. The veteran journalist must have been among the hundreds of media practitioners and press freedom activists in Sierra Leone who enthusiastically welcomed the repeal of criminal libel in 2020.

However, his continuing judicial odyssey has dampened the zeal regarding the effect of the law on press freedom in Sierra Leone.

“The MFWA is dismayed by the fact that a journalist is facing criminal prosecution over his publications on social media despite the repeal of Part V of the Public Order Act which used to criminalise press offenses. To believe that a journalist can be subjected to criminal action for a publication that supposedly causes annoyance or has the effect of an insult is to make a mockery of the repeal of criminal libel, for these are among the classic grievances associated with libel,” said Muheeb Saeed, Programmme Manager for Freedom of Expression at MFWA.

MFWA urges the authorities to drop criminal charges against Tim Kargbo and ensure he is able to go about his duties without any more threats or harassment.

We urge the Sierra Leone government to uphold its international obligations under the many treaties and conventions relating to press freedom, notably the Universal Declaration of Human Rights (UDHR), the International Covenant on Civil and Political Rights (ICCPR), and the International Covenant on Economic Social and Cultural Rights (ICESCR) which speaks resolutely on the respect and protection of freedom of expression and of the press in a democratic nation.