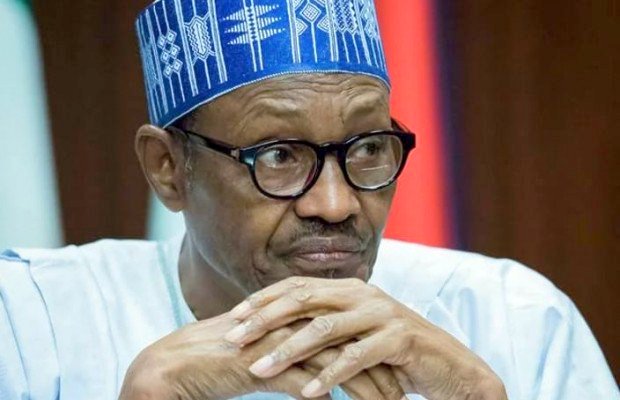 On 19 June, Titus Badejo, a radio presenter with Naija FM in Ibadan, Oyo State, was murdered by unknown gunmen while he was leaving a club around 11:30 pm in the company of his friends. The assailants shot Badejo after ordering him and his friends out of his car. They fled immediately without harming any of the journalist’s companions.

The killing of Titus Badejo is the highlight of a series of press freedom violations recorded in Nigeria in the second quarter of 2021 (April-June), during which the authorities also announced a nationwide ban on Twitter in one of the most blatant violations of its people’s right to information.

The June-4-2021 Twitter ban followed the microblogging site’s deletion of a tweet by Nigerian president Muhammadu Buhari which the tech company said violated its community standards.

Following the ban, the four major telecoms and mobile internet service providers in Nigeria, MTN, Airtel, 9mobile and Glo, all disconnected their users from accessing Twitter.

As the tech-savvy citizens resorted to Virtual Private Networks (VPNs) to bypass the censorship, another edict was issued threatening arrest and prosecution of individuals and media organisations that defied the ban. However, the ECOWAS Court of Justice in Abuja on June 22, 2021, restrained the Nigerian government from carrying out the threat of arrests and prosecutions, following a legal challenge by a local civil society organisation, SERAP.

The Twitter ban and the killing of Badejo climaxed three months of the onslaught on press freedom and freedom of expression in Nigeria that the Media Foundation for West Africa (MFWA) and its partner organisation in Nigeria, the International Press Centre (IPC) have been monitoring.

Following harassment from the police in Abuja and the governor of Kano State, the publisher of the Abuja-based Daily Nigeria news website, Jaafar Jaafar, went into hiding. On April 15, 2021, five armed police officers arrived at the office of the privately-owned news outlet and left a letter summoning Jaafar, who was then out of the office, to the police headquarters for questioning over “criminal conspiracy, defamation, injurious falsehood and inciting violence against the Inspector General of Police.”

Earlier on March 22, Jaafar Jaafar filed a petition to the police through his lawyer, Abdullahi Gumel, after Abdullahi Ganduje, the governor of Kano State, threatened in a BBC interview to “deal with” Nigerian journalists who produced a series of videos in 2018 alleging that he received bribes from a contractor.

On April 16, 2021, some five men beat into a stupor Frederick Tunde Odimayo, editor with the privately-owned Grace FM in Lokoja, Kogi State over his reports about their narcotic business. Odimayo said he was at a mechanic’s shop at around noon when the men approached him and accused him of destroying their drug-trafficking business with his reporting. The journalist had in March 2021 gone undercover as a drug buyer to expose a local drug-trafficking group in Lokoja.

On April 30, around 5.30 pm local time (16.30 GMT), Sunday Ode, a correspondent with the Abuja-based People’s Daily newspaper, was ambushed and arrested by the police. Ode’s arrest was on the alleged orders of Samuel Ortom, the governor of Benue State in northwestern Nigeria. The journalist had published critical reports accusing the governor of mishandling the conflict between the Bonta and Ukpute tribes in Benue state. The journalist was transported from Abuja to Makurdi, capital of Benue state, spending a night in a police cell infested with rodents and insects at a town called Akwanga. At the State Criminal Investigation Department in Makurdi, the police served Ode with a petition and made him write a statement, before releasing him.

On May 10, police operatives swooped on newspaper vendors in Owerri, the capital city of Imo State, arrested six of them and seized several copies of publications with “anti-government” content. The newspapers on sale contained articles on the Indigenous People of Biafra (IPOB), a proscribed secessionist group in Nigeria. The vendors were detained but later released after being brutalised by the police personnel.

Since May 20, the Abuja-based BBC reporter, Peter Nkanga, has been receiving death threats via calls and text messages from anonymous people over a documentary aired by the British broadcaster on May 17. Supporters of Issah Ahmed, a popular radio presenter who was featured in the documentary, are suspected to be behind the threats. The documentary showed Ahmed Isah slapping a woman on his show for torturing her niece. While Isah later apologised for his violent conduct, he also incited his fans against Nkanga by accusing the journalist and the BBC of maligning him and plotting to kill him.

The offensive continued on June 24 when operatives of the Department of State Services (DSS) and police personnel assaulted Friday Olokor, Chief Correspondent with Punch Nigeria newspapers and seized the phone of  Patience Ihejirika of Leadership Newspapers. The security officers deleted videos from Ihejirika’s phone including her recordings of the assault on Olokor.

Press freedom has come under intense attack in recent years, particularly over the past six years of President Muhammadu Buhari’s tenure. On June 30, the MFWA and the Nigeria Union of Journalists (NUJ) launched a report on the state of press freedom in Nigeria which revealed that over 3,000 violations including the killing of seven journalists have been recorded since President Buhari assumed office. Sadly, the trend is continuing, as evidenced by the above incidents.

The MFWA is extremely concerned about the continuous suppression of press freedom and undermining of journalists’ safety in Nigeria. We call on the authorities to bring to take steps to reverse the deteriorating press freedom environment in the country to enable journalists to do their work effectively without any harassment from any actors.