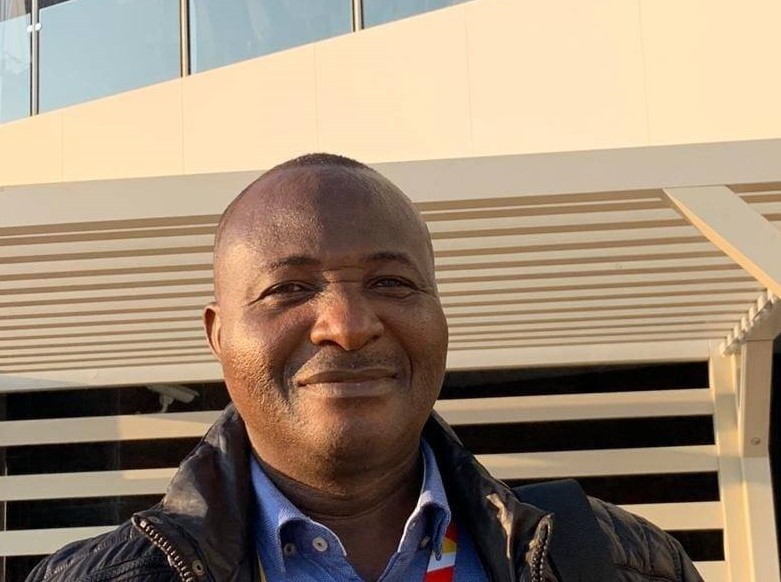 The Media Foundation for West Africa (MFWA) condemns the arrest of Sunday Ode, a journalist with the People’s Daily and urges the State Governor to ensure that he is allowed to do his journalistic work without any harassment.

Around 17.30 (GMT+1) on Friday, April 30, Sunday Ode, a State House correspondent with the People’s Daily, a newspaper based in Nigeria’s capital, Abuja, was ambushed and arrested by the police on the alleged orders of Samuel Ortom, the governor of Benue State in northwestern Nigeria.

According to Ode, who also hails from Benue State, his offence was causing the governor embarrassment through his reports on the escalating conflict between the Bonta and Ukpute tribes in the state. The conflict is over ownership of land and has led to the loss of lives and property.

Specifically, Ode in a piece on April 7 highlighted how the governor’s alleged inaction had caused untold hardship for the people.

“The governor did not care enough about the lives of the people who have been slaughtered in their hundreds, their houses burnt, and their farm produces destroyed,” Ode wrote.

Apparently, the criticism did not go well with the governor as he allegedly ordered a team of police operatives to bring the journalist from his base in Abuja to Makurdi, Benue State capital. Ode was arrested alongside his cousin, Johnson Ubeh, but the latter was reportedly released on the same day.

In a telephone interview with MFWA, Ode narrated how he was accosted by police operatives who used his cousin as bait to arrest him.

He said, “On April 30, around 2.30 pm (14.30 GMT+1), I got a distress call from my cousin that he had been arrested by the police under a spurious allegation that he extorted money from someone. My cousin said the police asked him to call someone who could bail him. I told him I was at Asokoro, so the police came there with him.”

He was however arrested and taken to Makurdi and his cousin was released.

The journalist said he was whisked away by the police operatives, departing Abuja around 7 pm (19.00 GMT+1) and making a stop-over at a town called Akwanga where he was detained overnight in a police cell, “full of mosquitoes and creeping insects,” according to Ode.

After travelling a further 160 kilometres the following morning, they arrived at Makurdi,

“They took me to the State Criminal Investigation Department, where I was given a copy of the petition written by the governor against me. The petition cited two of my reports considered offensive to the governor. But I was only doing my job, reporting on a lingering crisis between two communities,” he told MFWA.

Ode said he was thereafter asked to write a statement, which was done in the presence of his lawyers. After that, he said he was released but asked to return to Makurdi on Thursday, May 6, for further actions.

Ode’s arrest and detention have generated condemnation by journalists’ unions.

“We are aware that the illegal arrest of Ode is at the instance of the Benue State Governor, Samuel Ortom, through his counsel, Samuel Irabor, after a petition dated April 14, 2021, and addressed to the Commissioner of Police, Benue State Police Command, alleging that our colleague wrote a report that is injurious to his client,” the Vice President of the Conference of Benue Journalists, Ewache Ajefu, said in a statement.

The police spokesperson in Benue State, Ms Catherine Anene, did not respond to enquiries by the MFWA.

But the Chief Press Secretary to the governor, Terver Akase, said Ode was picked up for allegedly “maligning” the governor.

“It is actually a police matter. The man maligned the governor and the governor’s lawyer reported him to the police and he was invited. But he failed to honour the invitation and when police saw him, they picked him up,” Akase said.

“Even when governor got wind of his arrest, he ordered that they should release him, and he was released on Saturday,” he added.

MFWA condemns Ode’s arrest and detention. The acts are an infringement on his rights to freedom of expression, including the freedom to hold opinions and to receive and impart ideas and information without interference as enshrined in Section 39(1) of the Nigerian constitution.

MFWA enjoins the Benue State Governor Samuel Ortom to call on the police to desist from further subjecting Ode to trauma and allow him to carry out his job without harassment or intimidation.