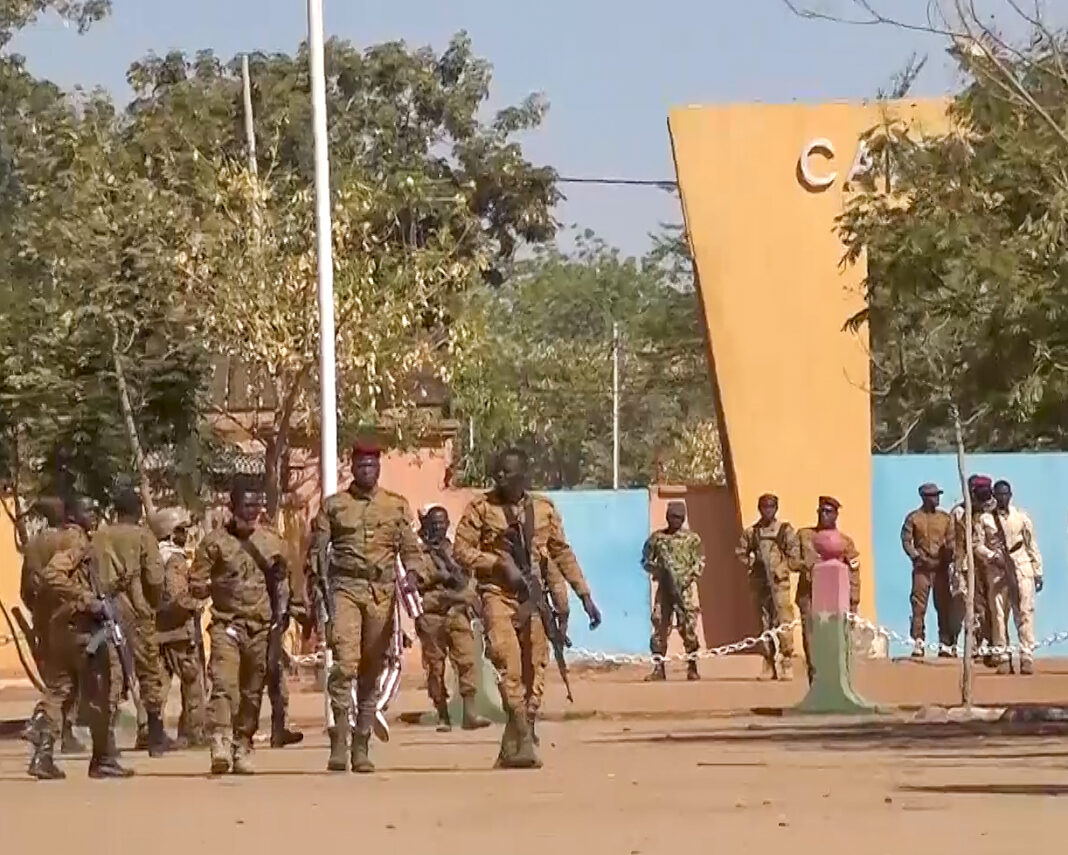 The Media Foundation for West Africa (MFWA) is disturbed by the suspension of French broadcaster Radio France Internationale (RFI) and entreats the authorities of Burkina Faso to reconsider the decision.

In a statement by government spokesperson Jean Emmanuel Ouedraogo on December 3, 2022, the ruling junta announced the suspension of RFI’s programmes in the country with immediate effect until further notice. The government accuses the broadcaster of false reporting and abetting militant Islamists.

“In a story broadcast on Saturday, December 3, 2022, Radio France Internationale (RFI) relayed to the population a message of intimidation attributed to a terrorist leader. This media is thus contributing to a desperate manoeuvre of terrorist groups to dissuade the thousands of Burkinabè mobilised for the defence of their homeland,” the statement reads.

The government also accused RFI of relaying on December 2, 2022, “misleading information” suggesting that the leader of the junta in Burkina Faso, Captain Ibrahim Traoré, had hinted that there had been an attempted coup against him.

At a meeting between the Minister of Communication and professional media organisations on December 6, 2022, the Minister, Jean Emmanuel Ouédraogo, formerly Director of Radio and Television of Burkina (RTB), stressed that the government will not tolerate journalists giving a voice to terrorists.

The suspension of RFI came exactly one month after a first warning was issued by the authorities. On November 3, 2022, the government expressed indignation at the “tendentious attitude” of RFI’s journalists and “their propensity to discredit the fight in which the people of Burkina Faso are engaged for more freedom and dignity”.

The management of RFI says it “protests against the totally unfounded accusations calling into question the professionalism of its stations,” the media said in a statement on December 3, 2022.

The media says the government’s decision to suspend its broadcasting activities in the country was taken without prior notice and without following the procedures laid down in the RFI broadcasting agreement with Burkina Faso’s Higher Council for Communication (Conseil Supérieur de la Communication, CSC). The CSC’s mission is to guarantee the freedom and independence of audiovisual, print and electronic media in compliance with the laws governing the communication sector.

In an email exchange with the MFWA, Raphaël Moran, a leader of the National Union of Journalists (SNJ) at France Médias Monde, RFI’s mother company, condemned the suspension and rejected the Burkinabè government’s accusations.

“Depriving listeners of a free and rigorous news channel like RFI is very bad news for press freedom. Furthermore, the Burkina authorities have questioned the work of our colleagues, which we categorically deny,” Moran told the MFWA.

The sanction against RFI brings into focus the recent regulatory crisis in the media sector. The media regulator, Conseil Supérieur de la Communication (CSC), to which the government was supposed to have turned for redress of its grievances, has been bogged down with leadership crisis owing to alleged government interference. The CSC former president, Mathias Tankoano announced his resignation on September 26, 2021. The subsequent election of his deputy, Abdoulazize Bamogo, in May 2022 was not validated by the government until December 6, 2022.

Burkina Faso is the second West African country under military regime and fighting against terror attacks to suspend RFI’s broadcasting this year.

On March 16, 2022, the Malian government suspended RFI and France24 for making “false allegations without any basis”. The two news organizations published the results of investigations on March 14 and 15, 2022, alleging that the Malian armed forces (FAMa) were involved in abuses against civilians.

The MFWA finds the suspension of RFI by the Burkinabè government disturbing. This decision deprives a significant number of citizens of vital access to information as RFI is listened to weekly by more than 40% of the population and more than 70% of opinion leaders.

The suspension of RFI in Burkina Faso is a further blow to press freedom in Burkina Faso, as it sets a dangerous precedent for the arbitrary suspension of media in the subregion. Furthermore, this action has the potential to intimidate other media organisations and journalists in Burkina Faso to practise self-censorship. We urge the military authorities to restore RFI’s broadcasting in Burkina Faso while exploring other avenues to solve any grievances.