MFWA deplores the deterioration of media freedom in Mali 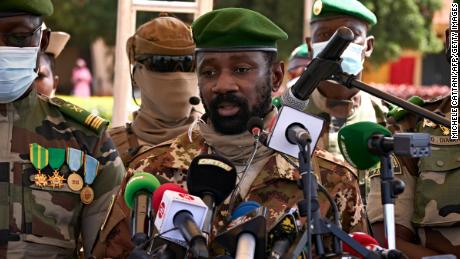 The Media Foundation for West Africa (MFWA) is concerned about the suspension of RFI and France24 on 16 March 2022 in Mali, adding to a recent series of the government’s hostile actions towards the media.

The Malian authorities are accusing the radio station RFI and the television station France24 of “false allegations with no basis whatsoever” after the stations disclosed, on March 14 and 15, 2022, the findings of investigations according to which the Malian armed forces (FAMa) allegedly took part in abuses against civilians.

Several media and international organisations have also published investigations, reports, and testimonies on such violence, while many local media have relayed the information published by RFI and France24.

“The Government of the Republic of Mali… initiates a procedure, in accordance with the laws and regulations in force in Mali, to suspend, until further notice, the broadcasting of RFI on shortwave and FM and of France24 television, as well as all their digital platforms throughout the entire country,” announced Colonel Abdoulaye Maïga, Minister of Territorial Administration and Decentralisation.

“Indeed, the Government recalls that the actions of RFI and France 24 resemble, in the recent past, the practices and infamous role of the radio station ‘Mille Collines’ in a tragic event in Africa,” he said in the March-16-2022 statement after asserting that “some allegations, in particular those made by RFI, have no other purpose than to spread hatred by ethnicising insecurity in Mali […]”.

Radio RFI and France24 television are followed daily by almost a third of the Malian population. RFI has more than 5 relays, and several satellites as well as partner radio stations throughout the country.

The government also banned the Malian press from rebroadcasting programmes and articles from RFI and France24.

In January 2022, the Ministry of Communication summoned foreign press correspondents (RFI, France24, BBC, AFP, Le Monde, Jeune Afrique, etc.) for an “information meeting” a few days after a letter from the Collective for the Defence of the Military. The group, close to the junta, accused the correspondents of RFI and France24 of “disinformation and intoxication” and demanded the withdrawal of their accreditations. The authorities reportedly announced new and tougher conditions for granting accreditation to foreign correspondents

This action began to bear bitter fruit a week later. Indeed, late in the morning of Monday 7 February 2022, the Malian authorities expelled Benjamin Roger, a French journalist less than 24 hours after his arrival in Bamako. The journalist from the French monthly Jeune Afrique, who has specialised in Sahel affairs for the past ten years, spent only a few hours on Malian territory. Authorities blamed the special correspondent for not having accreditation for his reporting, an accreditation that was rarely required until then.

The threat from the ruling junta goes even further. In 2020, at a Council of Ministers meeting on 18 December, Mali’s military authorities endorsed a decree that undermines freedom of expression and the media.

Indeed, according to the decree, “the competent administrative authorities are empowered to take all appropriate measures to ensure the control of the press and all kinds of publications, social networks, as well as radio or television broadcasts, film screenings, and theatre performances”.

The MFWA is deeply concerned about the suspension of RFI and France24 as well as the authorities’ unsympathetic gestures towards the press, which is meant to play a vital role in the realisation of the right to access information.  In any case, there are several ways to refute these “false allegations with no basis whatsoever”.

We, therefore, strongly urge the Government to reconsider its decision, which is likely to lead inevitably to the destruction of the media ecosystem in Mali and encourage the violation of several other fundamental rights.