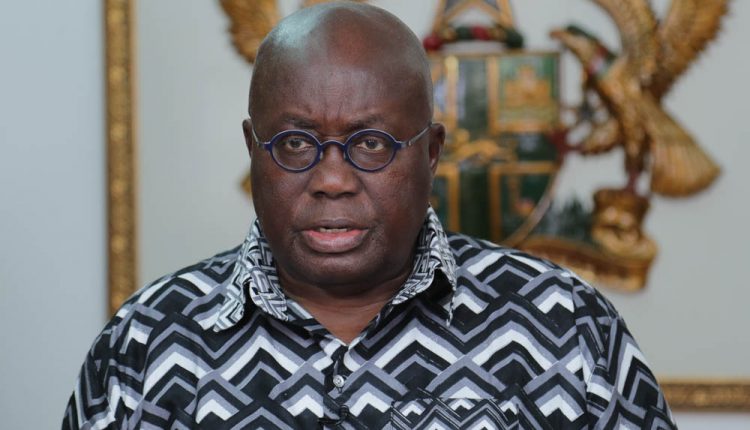 In the last three weeks, the President, Vice President and ministers of state in Ghana have had to give public assurances of their commitment to ensuring accountability and value for money in the execution of government-sponsored projects.

The assurances of accountability by the authorities follow an investigative report produced by a young journalist, Joshua Asaah of A1 Radio, a radio station located in Bolgatanga, capital of the Upper East region of Ghana.

In the 2017 budget of the nation, the government of Ghana allocated GHC94, 446,132 (about US$18million) under its Infrastructure for Poverty Eradication Programme to construct several dams in the northern sector of the country.

The dams were to be constructed in fulfillment of the government’s 2016 election campaign promise to build dams in villages across the northern sector of the country. The campaign promise was branded the One village, One Dam (1V1D) initiative intended to ensure that residents in the northern sector of the county who are affected by annual long periods of drought can have access to water for all-year-round farming.

After two-years in government and having commenced the construction of dams, it was time to assess the state of the dams that were being constructed.  With funding support from the Media Foundation for West Africa (MFWA) under our Media and Good Governance Programme, Joshua Asaah received funding to commence his investigations. He visited several dam sites and spoke to members of beneficiary communities, experts and local government officials.

The outcome of the journalist’s investigations was put together in a documentary titled “Thirsty Dams of the North”. The story revealed how shoddily many of the dams had been executed. It revealed the chilling story of how one such dam had actually caused the death of three children in the Soe community in the Bolgatanga municipality.

The documentary provoked a huge public outcry from residents of the north and triggered an initial reaction from the country’s Ministry of Special Initiative where the sector Minister, Mavis Hawa Koomson, was scheduled to visit the Upper East region to ascertain the situation. Several media outlets – both online and offline either republished the documentary or conducted follow-up interviews on the issues raised.

Days later, President Nana Addo Dankwa Akuffo-Addo, reacted to the story. “There are all kinds of criticisms being made about other parts of our policy. Apparently, some people up there are not satisfied with the dams that have been built … I will be looking into these matters and at the appropriate time, I will have the opportunity to speak about these criticisms,” the President said.

Few days after the president’s pledge to investigate the matter, the Vice-President Dr. Mahamadu Bawumia also directed the cancellation all of such constructions that fail to meet the specified standards and no payments to contractors. “We are trying to construct over 500 of these dams and I will like to direct the development authorities … You cannot pay the contractors if they have done a shoddy job. You should fire them and bring in new contractors. It is just that simple,” the Vice President said.

Already some contractors are said to have returned to the dam’s sites to fix problems with the quality of work they had done to ensure value for money and avoid incurring the wrath of the authorities over the poor quality of their work.

The journalist, Joshua Asaah, spoke about how the funding he received helped him to produce the compelling story.

“In the one month period I investigated the issues, the funding from the MFWA enabled me to fuel my motorbike to travel to communities and districts, cater for feeding, accommodation and other logistics where necessary,” he said.

Under a special initiative called the Journalism for Change (J4C) under our Media and Good Governance Programme, we are working with journalists across West Africa, offering them support both financial and technical to help improve transparency and accountability in governance through high quality, impactful journalism.

This initiative is being implemented under the project: Enhancing Public Participation and Demand for Transparency and Accountability in Governance with funding support from the Hewlett Foundation.

How Radio Transformed The Life Of A Visually Impaired Man – MFWA

Strengthening journalism and civic voices in times of democratic recession: Our work in 2021