Free Expression and The LawSafety of Journalists
March 13, 2019 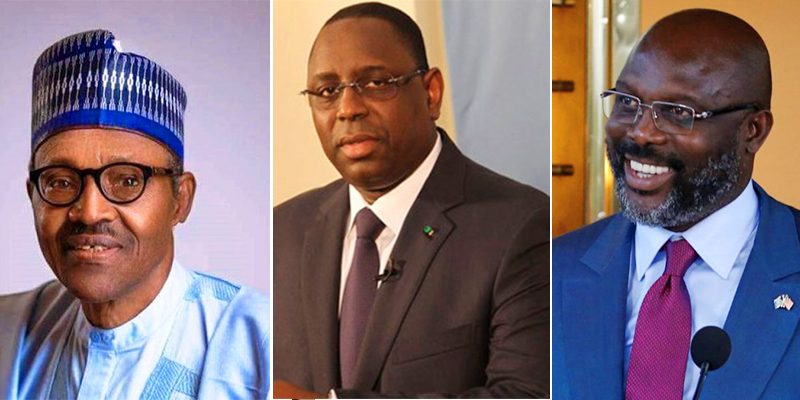 Two major elections were held in West Africa in February 2019 with relatively positive outcomes for journalists’ safety, despite a few skirmishes. General elections were conducted in Nigeria on February 23, while Senegal organised presidential elections the following day.

Ahead of the elections, Senegal recorded a disturbing incident in which the bus of the press corps covering the campaign of opposition candidate, Issa Sall, came under attack from supporters of President Macky Sall in the city of Tambacouda, some 420 kilometres east of the capital, Dakar. Eight journalists were injured in the attack which occurred on February 11. There was, however, no further press freedom violations recorded during the elections.

Nigeria, on the other hand, had a largely incident-free build-up to the polls, but recorded a few issues on Election Day (February 23). Five journalists were arrested in a single incident while they were going to interview Peter Obi, the vice presidential candidate of the PDP in Anambra State.

A photojournalist was critically wounded when he was hit by a bullet fired into his home by unidentified men in military uniform. In other incidents, some groups of journalists were barred from monitoring the collation of results at some polling stations in various states including Delta and Lagos states in the south and in the northern states of Bauchi and Kebbi.

Disturbing though these violations are, the incidents show a marked improvement compared to the number and severity of press freedom violations recorded during previous elections in Nigeria.

On February 10, 2019, about two weeks before the election-related incidents in Nigeria, gunmen suspected to be sympathisers of the George Weah government, attacked Roots FM based in Monrovia, Liberia. The attackers carried away two transmitters, an amplifier and other studio equipment. It was the second such attack on the highly critical radio station in ten days.

Liberia grabbed the headlines again for the wrong reasons when on February 21, the lower Chamber of the country’s parliament decided that it was bored with the “repetitive” reports of journalists covering the House and decided to revoke their accreditation. The house subsequently wrote to the respective media houses to nominate new parliamentary correspondents, a move that was denounced as an interference with the independence of the media.

In apparent enforcement of the new measure, 18 out of 27 accredited journalists were barred from covering the House on February 21 by the Deputy Sergeant at-arms, who cited lack of space.

It was not all gloom from Liberia however, as the country redeemed itself with President Weah signing into law a bill to decriminalise libel. The President signed to approve amendments to sections 11:11, 11.12 and 11.14 of the country’s criminal code which prescribed prison terms for a range of speech offenses. The Senate endorsed the bill on February 7, 2019, after the House of Representatives had approved it on July 3, 2018.

There was another positive development, as Issiaka Tamboura, Editor of the Soft newspaper in Mali, was released unhurt on February 18 after more than 30 days in captivity. Tamboura was kidnapped in central Mali by a suspected militant group on December 27, 2018.

In another development, the Media Foundation for West Africa (MFWA) and Nigeria Union Journalist (NUJ), with the support of the International Media Support (IMS), organised a forum on media and police relations in Abuja from 6th-8th February, 2019.

The forum brought together senior journalists and editors in Nigeria, senior police officers and commissioners of the police service in Ghana, Sierra Leone and Nigeria as well as resource persons from Canada. The forum provided a platform for the law enforcement agencies and the media to share experiences and build mutual trust in order to ensure journalists’ safety before and during the country’s February 23 elections. In a ten-point resolution adopted after the forum, the two parties made commitments to observe the highest professional standards and respect the roles of each other to ensure journalists’ safety and peaceful elections.

The forum contributed to the relatively peaceful police-media relations during Nigeria’s just-ended elections.