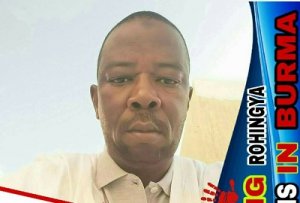 A Mauritanian citizen who criticised the country’s Prime Minister on Facebook has been sacked from his job at the national rural water agency.

Abdellahi Ould Mohamed Ould El Haimer narrated the plight of victims of a lorry accident – traders whose vehicle had overturned on the road, and have consequently been compelled to pass the night of October 9, 2017, outdoors in the cold. He reported that the morning following the accident, the Mauritanian Prime Minister, Yahya Ould Hademine, passed by the scene in his convoy without showing the least concern about the many stranded passengers – men, women, children and the aged.

“God have mercy on this country; a person like this is not worthy of his citizenship, let alone bear the title of prime minister”, Ould El Haimer concluded his narration on Facebook.

Three days later, (12 October), the Facebook activist received a query from the management of the rural water agency, where he worked. The query requested him to explain the said Facebook comment within 48 hours.  On October 17, the public servant, who is also a youth leader in the ruling Union pour la République (UPR) party, was sacked from his job by Athié Abdoul Wahab, director of the agency, “for gross misconduct.”

This incident brings to mind the sacking in 2016 of Pape Khalilou Diop from the state-owned Radio Rurale for mispronouncing the Arabic name of the first lady, Mariem Mint Ahmed during a news broadcast in Wolof. Diop was recalled months later after widespread protest by the media and rights groups.

A similar incident also occurred recently in Nigeria where a teacher in a public school was sacked by the authorities in Kwara State for a Facebook comment about the Senate President Bukola Saraki. In the said facebook post, Biodum Baba had dismissed as inconsequential the discharge of Saraki by Nigeria’s Code of Conduct Tribunal over corruption allegations.

We consider the sacking of the public servant as a blatant abuse of his rights by an overzealous head of an institution who thinks his action will earn the Prime Minister’s approval. We urge his Excellency Yahya Ould Hademine to dissociate himself from the unjustified dismissal of Ould El Haimer and thus demonstrate his commitment to protecting citizens’ right to criticise their leaders.