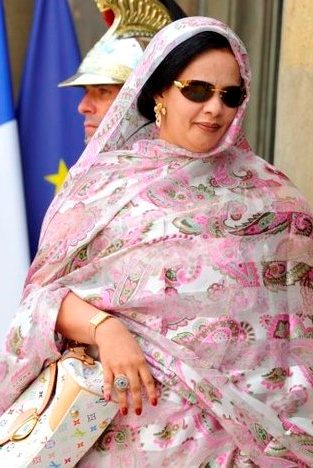 On May 26, 2016, a Mauritanian journalist was summarily dismissed from his post for mispronouncing the name of the wife of President Mohammed Ould Abdoul Aziz.

While presenting the 7 o’clock news in Wolof  (one of Mauritania’s four national languages) on the state-owned Radio Rurale,  Pape Khalilou Diop mispronounced the Arabic name of the first lady, Mariem Mint Ahmed.

According to news reports, Diop was threatened with a dismissal right after presenting the news.

“The new Director General Abdallah Hormatallah, whispered into my ears that I would be sanctioned,” Diop  told Mauritanian online journal Alakhbar. “Some hours later, the Manager of Radio Rurale informed me of my sack without prior official notice.”

Prior to his dismissal, the newscaster had been with the Wolof Section of the station for six years.

This is the second time in two months that a journalist in Mauritania has landed in trouble in connection with a matter concerning President Mohammed Ould Abdoul Aziz’s family. On April 7, 2016, Bedr Ould Abdel Aziz, the president’s son, caused the arrest and detention of Jedna Deida, manager of the mauriweb.info website and Baye N’diaye, webmaster of cridem.org. The two had reported an incident at the president’s cattle ranch in which Bedre allegedly shot at one of his father’s herdsmen. After a flurry of protestations from the Mauritania media, the prosecution withdrew charges against the two when they appeared in court on April 15th, 2016.

The MFWA finds Pape Khalilou Diop’s dismissal arbitrary, harsh and unnecessary. Mispronouncing the name of the first lady or anyone for that matter should not warrant such an action. We call on the authorities of Radio Rurale to reconsider the decision and reinstate Diop. We also appeal to the first lady of Mauritania to intervene on behalf of the journalist to dissociate herself from such a blatant abuse of power by the management of the national broadcaster.