Two Years On: Gambia Yet to Comply With ECOWAS Court ruling on Murder of Deyda Hydara 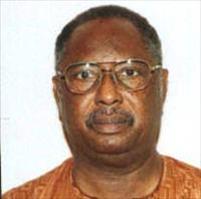 Today June 10, 2016, marks two years after the ECOWAS Community Court of Justice found that the Gambian government failed to conduct a proper investigation into the murder of journalist Deyda Hydara.

Hydara who was the editor of The Point newspaper was gunned down in a drive-by shooting by unknown assailants on December 16, 2004 on his way from work. Hydara was also the president of the Gambia Press Union (GPU) and a well-known critic of Gambian President Yahya Jammeh and led advocacy efforts against legislative restrictions on press freedom in The Gambia.

The State’s Response to the Murder

After Hydara’s murder, the state opened an investigation which was closed in less than a month. No arrests were made and no one was held responsible for the murder. Not only did the state not properly investigate the murder but it also made it a point to restrict and intimidate those who called for proper investigations.

On December 30, 2014, Sam Obi, a Nigerian journalist was arrested and subjected to thorough questioning by officials of the Serious Crime Unit of Gambia Police Force for six hours. Obi’s arrest followed an interview he granted to Radio France International (RFI) about a march organised by the Gambia Press Union (GPU) to protest the murder of Hydara.

On October 13, 2005, the Gambian authorities ordered the management of The Point to discontinue the “Good Morning Mr. President” column started by Deyda Hydara. The then director general of the National Intelligence Agency (NIA), Daba Marrena, told Pap Saine, the then managing editor of The Point that President Jammeh and other government officials were not happy with the column. Following the directive, the column was taken out from the subsequent editions of the newspaper. The management of the newspaper said the authorities threatened to close down the newspaper if it failed to remove the column.

Further, on the first anniversary (December 16, 2005) of Hydara’s murder, officers from the Gambia Police Intervention Force sealed off the site of Hydara’s murder preventing members of the Gambia Press Union (GPU) and foreign journalists from accessing the site. The officers claimed the GPU did not have authority to assemble what they described as a “large crowd.” This resulted in a clash. Ramatoulie Charreh, a female photojournalist who attempted to take pictures of the clash had her camera seized. The officers also grabbed her and folded her hands behind her back. She immediately became unconscious and was rushed to the hospital where she regained consciousness and was later discharged.

ted and questioned Musa Saidykhan, then editor of The Independent newspaper  following an interview he granted to other newspapers on Hydara. Some newspapers, quoted Saidykhan who had then returned from The All Africa Editors Forum in South Africa as saying that then South African President Thabo Mbeki said he would assist the Gambian authorities to resolve Hydara’s murder. The NIA took Saidykhan to their office, interrogated him for many hours after which he was made to write a statement on his trip to South Africa as well as answer questions relating to his profession.

The government silenced media who spoke about Hydara’s murder and also attempted to vilify the slain journalist. In an interview on the state-owned Gambian Radio and Television Stations (GRTS) on June 9, 2009, President Yahya Jammeh quoted the findings of NIA which concluded that Hydara’s gruesome murder was as a “result of personal revenge by a jealous husband, whose wife committed adultery with Hydara.”

The MFWA again appeals to the ECOWAS to ensure that The Gambia complies with the rulings of the Court and ensure justice for Hydara and his family.