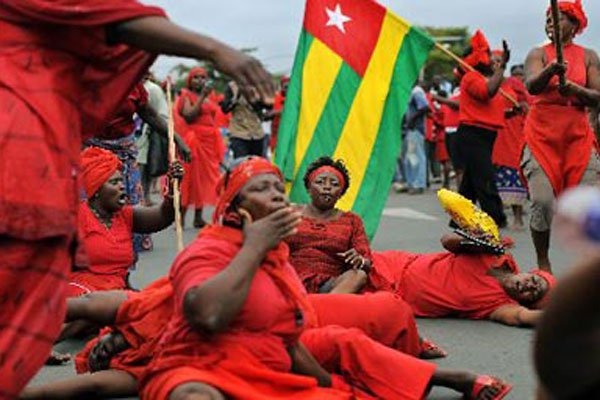 The government in Togo has brutally enforced its ban on opposition demonstrations with a crackdown that has left at least two people dead.

After failing to convince the government to postpone legislative elections due on December 20, 2018, the opposition coalition organised its supporters for street protests in some of the major cities of the country on December 8, 2018. The coalition of 14 Togolese opposition parties maintain the necessary electoral reforms have not been adequately carried out.

The government, which announced a ban on all political demonstrations on December 5, 2018, responded to the defiance of the opposition with a heavy hand, as security forces used water cannons, tear gas, truncheons and live ammunition to disperse the thousands of demonstrators in Lome, Sokode, Bafilo in the central region, and Mango in the extreme north of the country.

The government confirmed on state television in the evening of December 8 that two people died in the demonstrations. Four policemen were also injured and 28 people arrested, according to the authorities.

The latest fatalities bring to eight the number of demonstrators killed in the crackdown on opposition demonstrations since 2017 when the opposition coalition began a series of street protests to demand political reforms.

Two people died on August 19, 2017, the first day of the serial protests. Four other protesters died on October 18 in another violent repression of the protests against the Gnassingbe dynasty which has ruled Togo for 50 years. President Faure Gnassingbe is in his 13th year in power, having taken over from his late father who had ruled for 38 years.

The MFWA condemns the killings and call on the government of Togo to call the security forces to order. We also appeal to both sides of the Togolese political divide to continue to dialogue in good faith to end the stalemate.