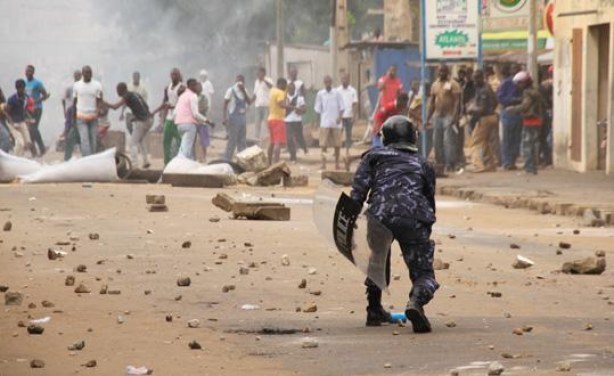 There has been another deadly crackdown on opposition demonstrations in Togo, with official sources reporting four deaths.

According to the MFWA correspondent in Togo, an 11 year-old boy, Zomake Jojo, was killed by bullet fired by security forces in Lomé on October 18, 2017. Three more people were also killed in Sokode, some 300 km north of Lomé.

The French channel France 24 quoted the Security Minister Colonel Yark Damehame as confirming the three deaths in Sokode during a press conference in Lomé on October 19.

The latest killings bring to a total of six, the number of persons killed by security agents since the political demonstrations began in August. Two people were killed on August 19. There has been series of demonstrations against the Gnassingbe dynasty which has ruled Togo for 50 years. President Faure Gnassingbe is in his 12th year in power, having taken over from his late father who had ruled for 38 years.

On February 28, one person was killed in a crackdown on a demonstration by taxi drivers and commercial motor cycle riders. The latest deaths in Togo have equaled the seven who were killed in Guinea earlier this year. In February, a students’ demonstration in Conakry was violently quelled, resulting in the deaths of five students and two other citizens.

On October 10, the government toughened its stance by announcing a ban on week-day demonstrations. But at a press conference organised in the evening of the first day of the latest demonstrations, the opposition insisted that the ban was illegal.

“It is an outright illegality and we have challenged it”, said Brigitte Adjamagbo, presidente of the coalition of opposition parties.

The MFWA finds the developments in Togo extremely disturbing and wishes to call for an end to the police violence against protesters. We reiterate our call on the government to initiate dialogue on the demands of the opposition in order calm tensions in the country.