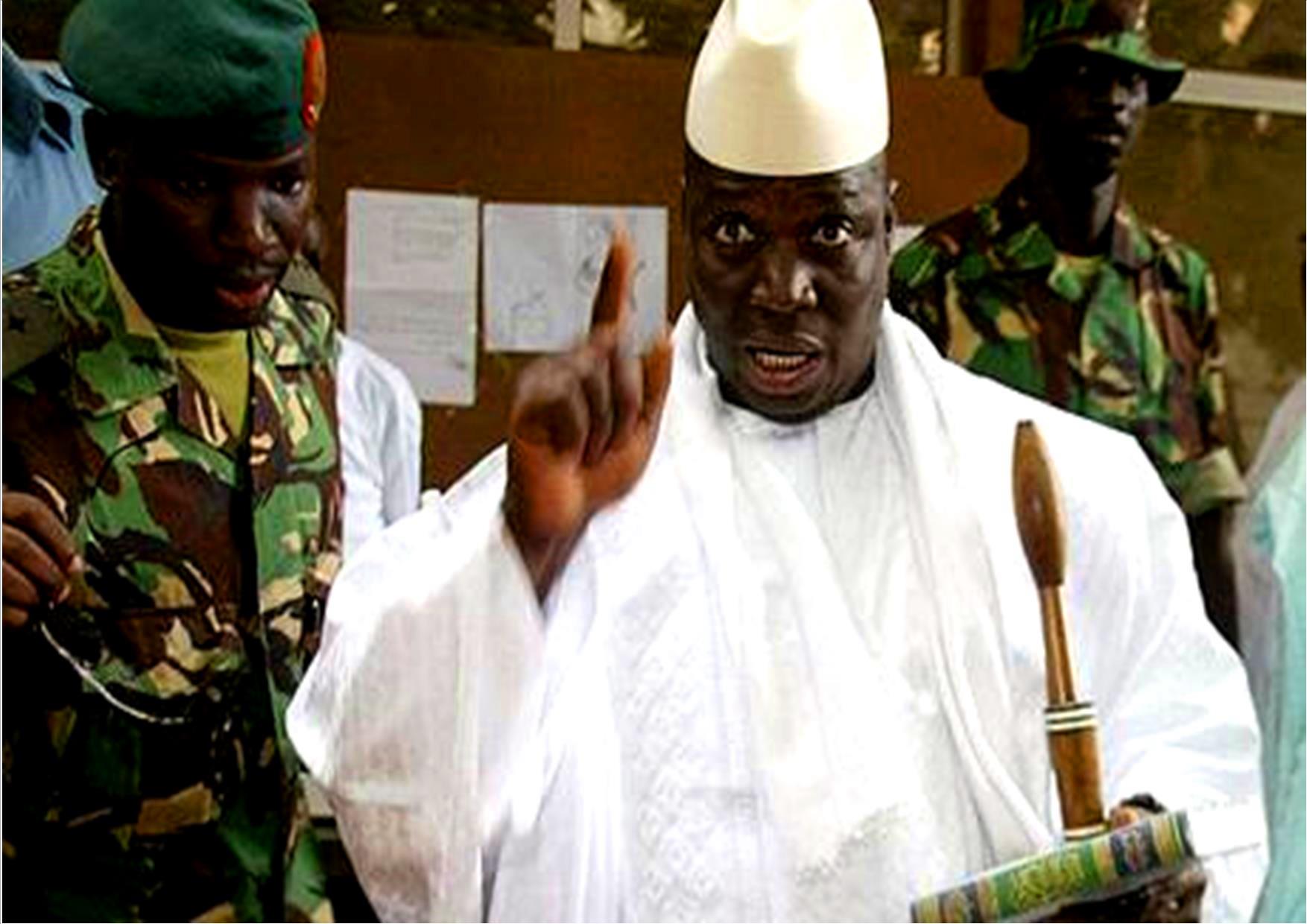 The Gambian government led by President Yahya Jammeh has shut down internet and international phone calls in the country.

The measure, which was announced in the evening of November 30, 2016, is an attempt to further restrict freedom of expression and access to information in The Gambia as the country goes to the polls.

This latest assault on freedom of expression and access to information caps a surge in pre-election crackdown that started in April 2016.

On April 14, dozens of peaceful demonstrators were arrested and detained for calling for electoral reforms in the country. Solo Sandeng, an opposition leader who was among the arrested, died two days later in custody from torture wounds. Following Sandeng’s death, other opposition members and citizens embarked on a peaceful demonstration to protest Sandeng’s death and the detention of other persons. However 20 of these persons were arrested and detained until 19 of them were sentenced to three years each.

In November, the government turned its attention to the media. Alhagie Manka, a freelance journalist was arrested on November 10 for taking photos of supporters of President Jammeh. The soldiers who arrested Manka accused him of taking photos with a mobile phone instead of a professional camera. They also accused him of not having accreditation to take pictures. Prior to that, officials from Gambia’s National Intelligence Agency (NIA) on November 8, arrested Momodou Sabally, Director-General of Gambia’s state television. His arrest followed his dismissal from the post as Director-General. After Sabally’s arrest, the NIA also arrested a popular presenter Bakary Fatty also with state television network. In violation of Gambian law, the state continues to detain the journalists without charge.

President Jammeh who has been in office for 22 years after seizing power through a coup in 1994, has seen four controversial elections. This situation has led to ECOWAS refusing to send observers to the country during elections.

Internet shutdowns and blockage of communication contravene international laws and infringe on the rights of citizens to freely express themselves and access critical information. The e-sector also suffers as people into e-commerce, e-learning lose revenue. The MFWA appeals to authorities in The Gambia to restore internet and international phone calls connection. We appeal to the African Commission on Human and Peoples’ Rights which is headquartered in The Gambia to intervene in this matter and ensure prompt resolution.