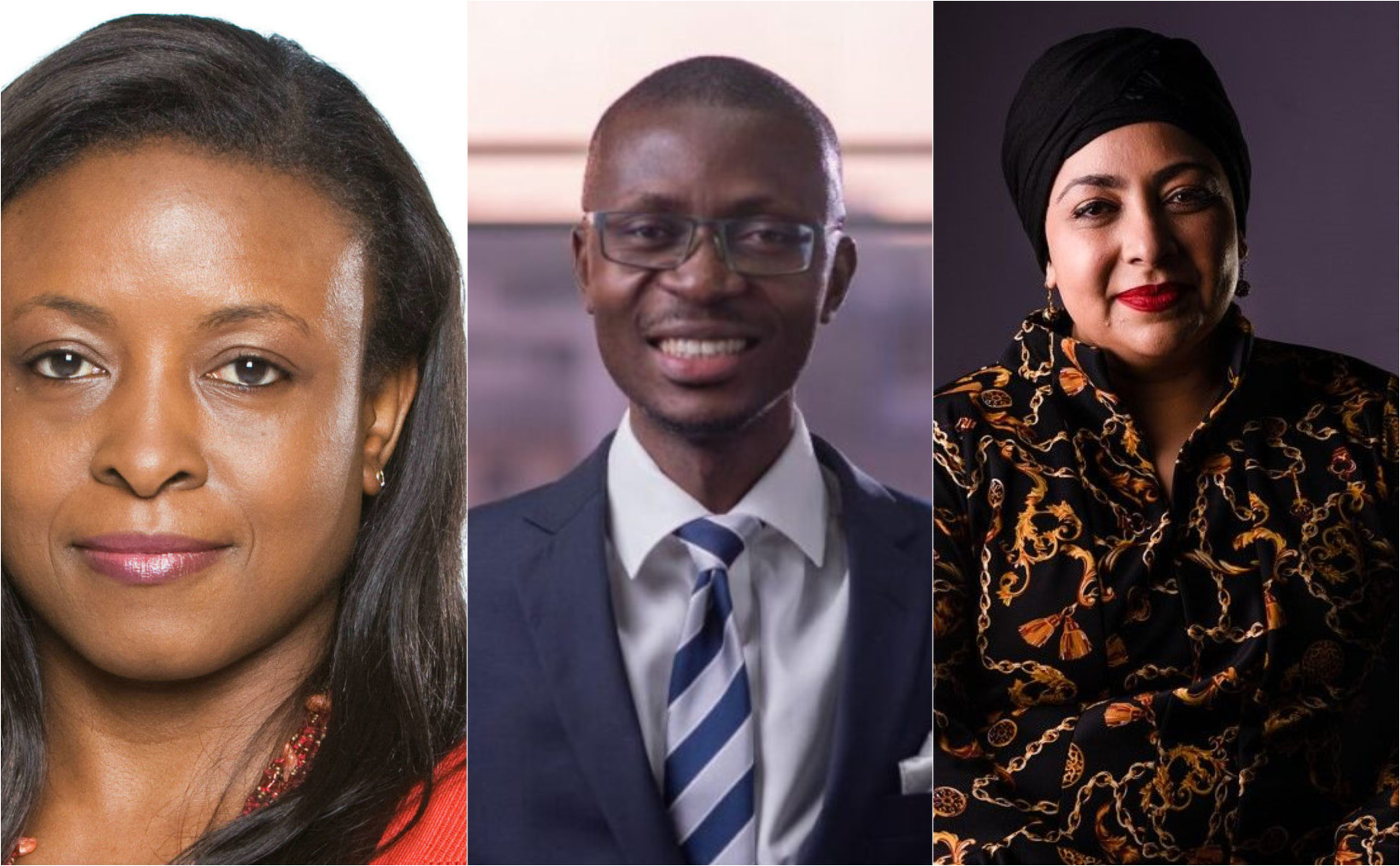 The 2020 edition of the West Media Excellence Conference and Awards (WAMECA) is set to take place on the 13th– 14th November, 2020 in Accra, Ghana.

The two-day event will be a combination of both virtual and in-person meetings and will host journalists, editors, media development experts, academics and representatives from public sector, civil society organisations and other regional and international organisations. 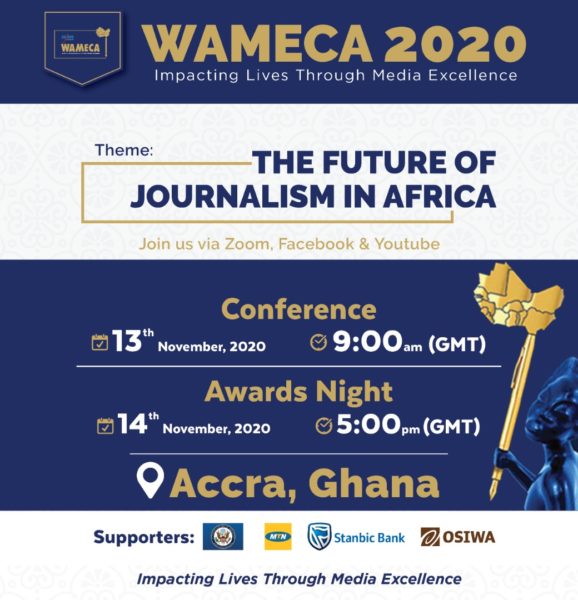 The theme for this year’s event is The Future of Journalism in Africa. This theme takes into consideration the various existing and emerging conditions including repressive political environment, worsening press freedom situations, financial sustainability issues of the media, technological changes that are impacting how journalism is practiced in Africa. The theme has become even more suitable considering the blow the COVID-19 pandemic has dealt the media industry this year compounding already existing challenges facing the sector.

Vera Kwakofi has over 15 years of experience in creating and delivering editorial strategies for multiple media platforms, as well as designing communications and brand strategies for Africa and other emerging markets. She is responsible for the programme teams that produce Africa Eye, Focus on Africa TV, BBC Swahili TV, Somali TV, BBC Afrique TV as well as Business, Health, Sport, Women and Children’s content for Africa.

There will be three panel discussions deliberating on the topics: Navigating Crisis: COVID-19 and the Media in Africa, The Future of Journalism in Africa and Digitisation without Monetization:Tech and Media Sustainability in Africa. These sessions which will host media owners, publishers and managers; distinguished digital marketing experts and celebrated journalists and editors who have in-depth experiences on the topics selected.

Session 1: Navigating Crisis: COVID-19 and the Media in Africa 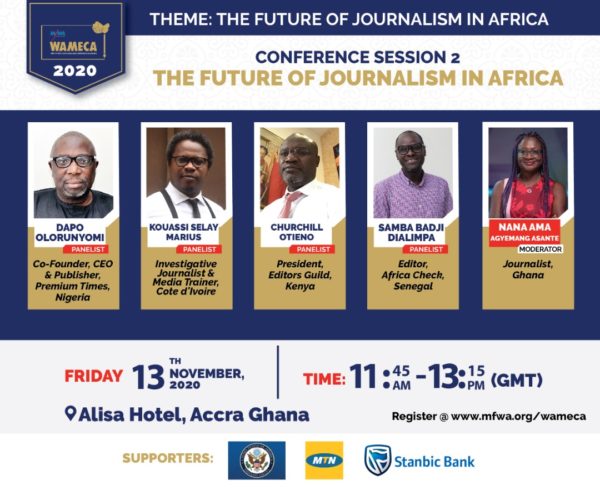 This session will analyse the effect of the COVID-19 pandemic on the media as regards news gathering, distribution, journalists’ safety, public trust in the media, sustainability and media freedom among others.

Khadija Patel is the former editor-in-chief of the Mail & Guardian, a co-founder of The Daily Vox and vice chairperson of the International Press Institute (IPI). As a journalist she has produced works for Sky News, Al Jazeera, The Guardian, Quartz, City Press and the Daily Maverick, among others. She is also a research associate at WISER (Wits Institute for Social and Economic Research at the University of Witwatersrand).

Bernard Koku Avle is an awarding winning broadcast journalist and General manager at Citi FM/Citi TV, one of Ghana’s most influential media organisations. He is the founding director of iJourno Africa, an initiative which trains and creates opportunities for participants to practice citizen journalism and equip them with tools to cover local issues.

Simon Martha Mkina is an award-winning Tanzania investigative journalist, renowned editor, columnist, media trainer and critic. He’s currently the President of the Tanzania Media Practitoners Association (TAMPA) and has been freelancing for various national and international media outlets including ICIJ.

Baye Oumar Gueye is a professional journalist and General Manager of Sud FM, the first private media house in Senegal. Baye has over 20 years of experience in communication, Journalism, and news production. He has grown through the ranks of Sud FM where he has been reporter, head of desk, chief editor, and since 2015 General Manager. Baye holds a master degree in human resource management from the Bordeaux School of Management, and a degree in Journalism from the Senegalese Institute of Technology and Communication.

Session 2: The Future of Journalism in Africa 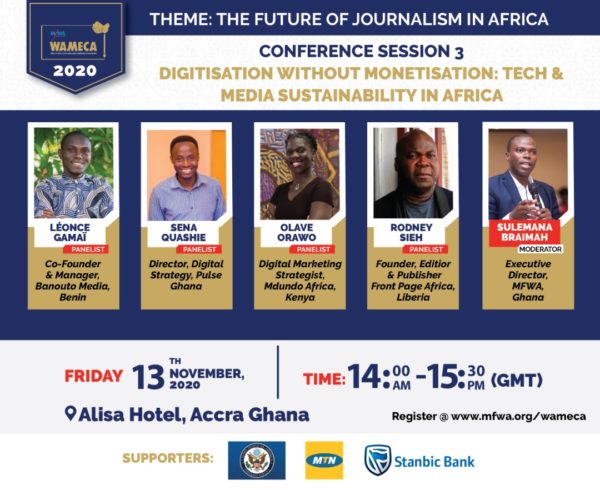 This session will delve into the new business models news organizations can explore to remain financially sustainable. The session will also assess the impact of the political climate in Africa on freedom of expression, press freedom and journalists’ safety and wellbeing. It will as well explore role of content in elevating the standards of journalism in Africa among others.

Dapo Olorunyomi is currently the publisher of Nigeria’s leading investigative news platform, Premium Times [www.premiumtimesng.com].He has previously served as the pioneer policy director and chief of staff at Nigeria’s leading anti-corruption agency, the Economic and Financial Crimes Commission, EFCC. His work as editor during the years of military dictatorship in Nigeria earned him the 1995 International Editor of the Year Award of the World Press Review; and the 1996 PEN Center Award.

Selay Marius Kouassi is an award-winning Journalist, a non-fiction writer and media trainer.

Throughout his career, Selay has maintained a highest interest in in-depth investigative reports and human-interest stories. His works have received international notice and spurred political leaders, civil society and global decision-makers to take action in Côte d’Ivoire and beyond. Selay has been freelancing for various international media outlets, including The Guardian, DPA (German Press Agency), SABC (South African Broadcasting Corporation) and BBC. He moderates and facilitates local and international conferences occasionally. He is a part-time trainer for the ‘Wealth of Nations’ ; a programme run by the Thomson Reuters Foundation to investigate tax abuse and illicit financial flows from and in Africa. He is also a trainer at Côte d’Ivoire Investig@tes; a non-profit Ivorian Investigative collective and think-tank he helped established. He is co-founder and member of the AIPC (African Investigative Publishing Collective) and member of FAIR (Forum for African Investigative Reporters).

Churchill Otieno is the President of Kenya Editors Guild and also Head of Development and Learning at Nation Media Group Plc, one of the largest media houses in East and Central Africa, where he is responsible for building www.nation.africa as a platform for journalism excellence in Africa.

Samba Dialimpa Badji is a Senegalese media professional of great repute who has worked with several local and international media organisations in his brilliant career. Samba Badji was a Senior Producer for the French Service of the BBC from March 2010 – November 2014. He also worked for Radio France International. As a freelance media specialist, he has conducted several training programmes for journalists across the world. Currently, Samba Badji is the Deputy Editor of the French version of the fact-checking platform, Africa Check and a lecturer at the Ecole Superieue de Journalisme des métiers de I’internet et de la Communication (Ejicom).

Session 3: Digitisation without Monetization:Tech and Media Sustainability in Africa 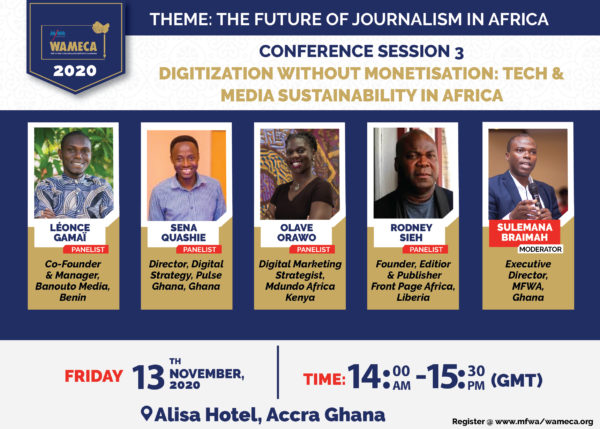 For centuries traditional advertising revenue was the main funding model that supported and sustained the legacy media to function. However, this model is rapidly declining following the advent of the new media that has come with Tech giants like Google, Facebook and YouTube who are providing different advertising options to businesses and media audience

The declining advertising revenues as a result of Tech giants like Google, Facebook etc has forced the mainstream media to experiment with different digital transformation strategies in reaching audiences as well as garnering revenue to sustain the process of news production. The session will assess the impact of the media and Tech giants on the advertising revenues of your media organisation and explore some of the digital strategies and new models that are effective in sustaining the media.

Olave Orawo is a Kenyan based Digital Marketing strategist with a demonstrated history of working in the media industry. Currently the Editorial Marketing Manager at one of Africa’s Biggest music services, Mdundo Ltd, Olave has built visibility for several local and international brands with her speciality in content and strategy for digital marketing.
Olave Orawo is responsible for building Mdundo News as a blog dedicated to solely consolidate all music entertainment news in Africa; with top notch credibility observing ethical journalistic practices.

Léonce Gamaï is a Benin-based journalist, co-founder and General Manager of Banouto Media an online investigative and current affairs media outlet. Under his leadership, Banouto became, in the space of three years, the number one online media outlet in Benin. Léonce has won several investigative journalism awards and participated in several competitive media development programmes. In 2018, he graduated as the top student of the “Journalism for Development” programme implemented by the World Bank in partnership with the School of Journalism ESJ in Lille, France and CESTI, in Dakar, Senegal.

Sena Quarshie joined Ringier Africa in the Ghana office in 2014 to start Pulse.com.gh. Sena has since then worked across different business units in Ringier Africa and is currently Director of Digital Strategy, leading the integrated Ringier offering in digital marketing and business development for the media platform. Sena is a creative individual, with nearly a decade of experience in media, advertising and related industries. Having worked in communications & brand management, Sena was recently head of Play Studio Ghana, the creative arm of Ringier Africa Digital Publishing (RADP) and is a vanguard of excellence in Ghana’s business field.

Rodney Sieh is the founder, editor and publisher of the   Front Page Africa, one of Africa’s most respected news outlet based in Liberia. In 2019, Sieh received the International Press Freedom Prize. In 2014, He was named amongst Reporters Without Boarders’ “100 Information Heroes” and his media organization, Front Page Africa, received TV5 Monde Prize for Press Freedom.

The Awards Ceremony which will honour journalists who have produced outstanding works that are impacting lives will be held on the 14th of November, 2020.

Twenty(20) journalists were shortlisted out of 740 entries  received across West Africa. The winners will be  announced at a ceremony to be held at Alisa hotel Ghana. 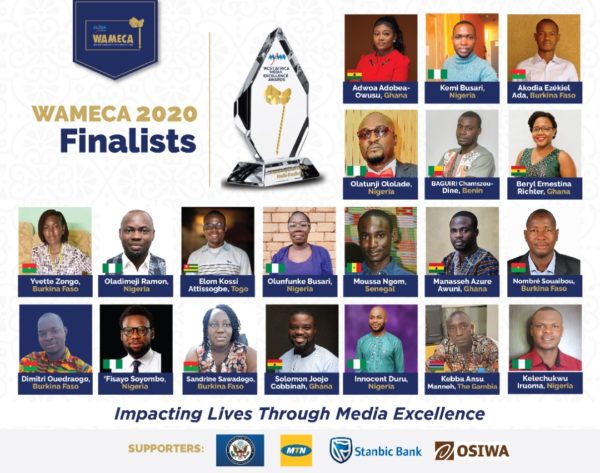 Join the conversation by registering here. Also follow the event on all our social media pages.

West Africa Media Excellence Conference and Awards (WAMECA 2020 is supported by MTN-Ghana, the US Embassy in Ghana, OSIWA and Stanbic Bank. The event is also supported by about 65 media partners across West Africa.