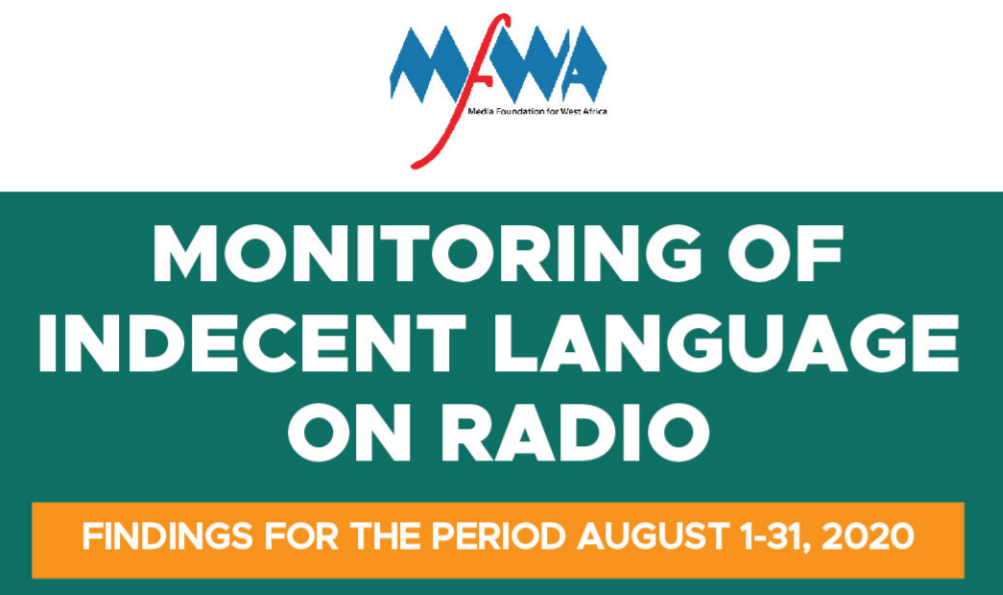 The August edition of the Media Foundation for West Africa’s (MFWA) Language monitoring on Radio has cited the Ashanti Regional Chairman of the ruling NPP, Bernard Antwi Boasiako, also known as Chairman Wontumi, as the most abusive individual on radio. Others were Hon. Kennedy Ohene Agyapong, MP for Assin Central and Mugabe Maase, host of Power FM’s Inside Politics. The NPP, and Kumasi-based Wontumi Radio recorded the highest incidents of indecent expressions.

The Elections Campaign language monitoring project seeks to promote issues-based campaigning and use of decent language/expression before, during and after Ghana’s 2020 elections. The project is also being implemented in Cote d’Ivoire and Niger with funding support from OSIWA.

Details of the full report are available here.